Corona curfew in Turkey: A guideline for the elderly, chronically ill 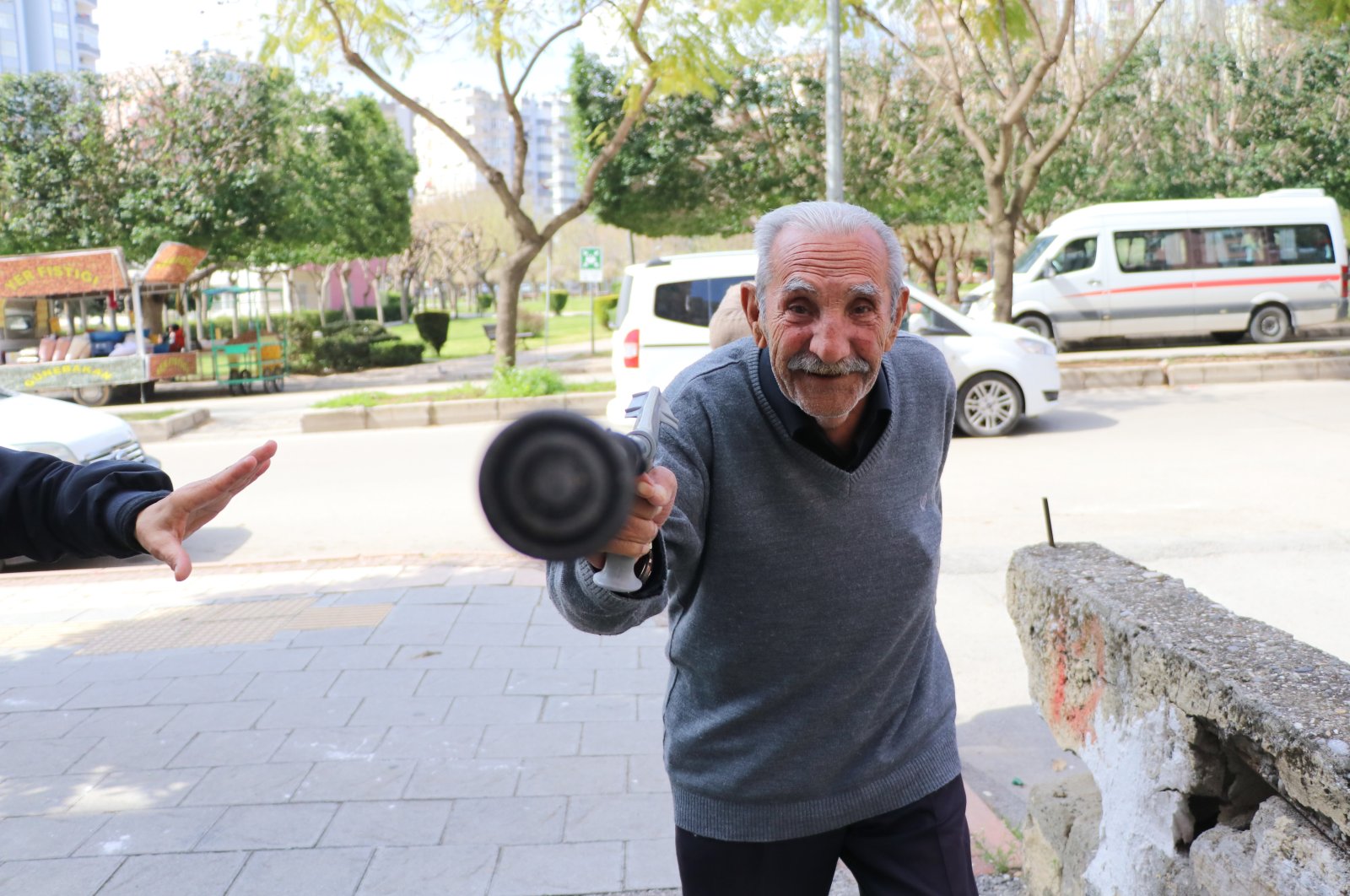 Elders out on the streets are being warned and ushered off to their homes as part of the measures but sometimes officials are met with resistance, as in the case with a 78-year-old man (pictured) from Adana, southern Turkey. (IHA Photo)
by Leyla Yvonne Ergil Mar 23, 2020 1:33 pm

The recent coronavirus curfew and home confinement measures in Turkey have got many, especially the expat community, asking about how to shop or go to the doctor or banks. Here's a breakdown of it and a guide to follow to avoid breaking the rules

As of Sunday, unfortunately, Turkey had to take the inevitable step of curtailing outdoor activities for individuals over the age of 65 and those suffering from chronic illness, both of which are the most susceptible to experiencing serious complications from COVID-19, the disease caused by the virus.

While the vast majority of the expat community in Turkey commended the nation’s proactive stance in combating the further spreading of the virus, the decision, which was announced on Saturday evening stating that the elderly and chronically ill would be confined to their homes as of midnight, came as quite a shock. Although the announcement may have felt last-minute, its delivery method ensured that crowds did not take to the street to conduct any last-minute shopping or other chores thus leading to the chance of spreading the virus further. In other words, everyone in Turkey and especially the expat community can take comfort in the fact that the steps being taken are to ensure all of our safety. As Turkey is one of the lucky countries to have caught the virus at a later stage than others, the nation is well aware of the measures necessitated to continue to contain the virus's spread.

Nonetheless, while the move to confine those most at risk to their homes was welcomed as the necessary proactive move to be taken, with countless foreigners wishing the same practice would be adopted in their countries of origin, many an expat was also concerned and had questions about how they would conduct their lives in the foreseeable future within such constraints. The announcement made on Saturday evening stated that all individuals over the age of 65 and those suffering from chronic illnesses such as asthma, chronic pulmonary, cardiovascular, kidney, hypertension and liver disease or those taking medication that suppresses the immune system should as of midnight March 21, no longer leave their homes. Social media speculation is that this move came as a result of the noticeable indifference to the government’s directives for social distancing as people were still out and about in the public sphere on Saturday. But nonetheless, many countries have confined people to their homes and those who haven’t are widely being encouraged to take further precautions for their citizens. Turkey is serious about and has been successful in keeping this virus contained and thus this new requirement should be embraced by all.

On Sunday, news stories surfaced on social media of policing of the new practice and the elders out on the streets being warned and ushered off to their homes, to not be issued the hefty fine of TL 3,150 ($477), in what was to be the final countdown. Meanwhile, everyone in Turkey is strongly advised to stay home and to only leave if absolutely necessary. Thus, the elderly should not feel alone in these restrictions as it is actually all of our duty to practice social distancing, staying home and staying as healthy as possible.

What do we do now?

Don’t fret, for those confined to their homes, there are and will be a number of systems in operation to help people with their needs. The top three questions are of course: How do I shop? How do I go to the doctor? And how do I go to the bank?

Turkey’s Interior Ministry advises that for any concerns from citizens or otherwise, there are three hotlines people can call to receive assistance: 112, 155 and 156. The 112 helpline is a general emergency call helpline and where people should start to seek info. From this line, in which calls are taken in the province where they are made, the caller will be given directions on how to proceed. I spoke with the Directorate for Migration Management to learn more for our concerned elderly expats and here is what I can relay.

This is an ongoing and developing process, and still very much a work in progress; however, they will be advancing the system constantly and all of the finer details are currently being worked out. So, for example, if you dial 112 and there isn’t an English speaker on the line, try and try again, and soon, there will be. The district governors in all of Turkey’s 81 provinces, plan to set up support groups called Vefa Sosyal Destek Grubu, where they will be coordinating all of the necessary aid such as vehicles and assistants to help guide those in need during this trying time. The 112 helpline will be working in conjunction with such groups and will be able to direct callers to assistance based on their individual needs. So, for example, if you had an impending doctor’s appointment, there may be systems set up in which individual permission for such matters can be granted. Meanwhile, let it also be known that the procedure for refilling medicine by a doctor’s prescription has been lifted and those who have medical reports and require medication are able to obtain it when the date of availability comes without having to get a prescription from a doctor and the medication can be picked up by a relative or friend of the patient.

While you are advised to start with dialing 112, the 155 hotline, which connects you to the police, may end up being the number for shopping emergencies and the same goes for 156, which is the number for the gendarmerie, which operates in areas where the police don’t. Both numbers can be used for emergency calls as well. As for shopping, many local markets are now setting up delivery services, so you can also just start there for your daily needs.

Undoubtedly, the biggest concern for newly homebound expats is how they will do their banking if the systems they have set up actually require their physical presence at the bank. In this case, the advice is to call your bank’s customer service and to follow the guidelines they present for your own personal situation and they will advise you on how to proceed.

Meanwhile, there have been a number of new communities coming together to assist people such as the group Corona Caring Fethiye, which has multiple expat members and is actively helping people in the region with their emergency needs through requests made on their Facebook page. Kindness in Corona Days, or Korona Günlerinde Iyilik, is another organization based in Izmir offering advice and assistance and has forms on their website of the same name where you can make a request or volunteer. Coronavirus Turkey-U.K. Information is a Facebook group that was set up to relay any factual information and news regarding the virus in English for those in Turkey.