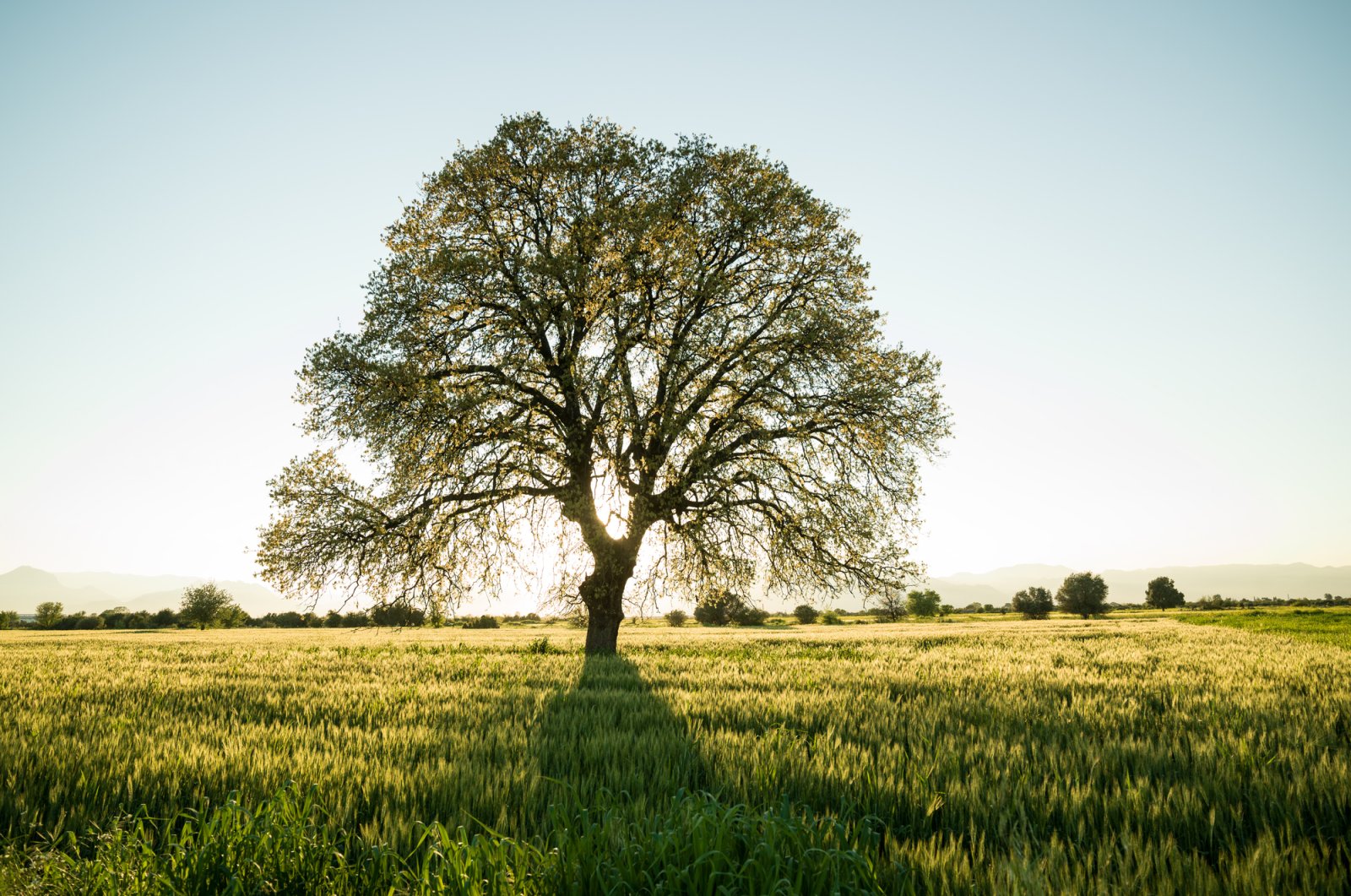 From oaks, cedars and yews to olive trees and sycamores, there are many impressive heritage trees scattered across Turkey. (iStock Photo)
by Leyla Yvonne Ergil Jul 06, 2020 11:40 am
Edited By Yasemin Nicola Sakay

Likened to the “elder statesmen” of a species, heritage trees are a living reminder of the past, and – whether due to their historical connections, aesthetics or their ecological or botanical significance – there are some champion gems out there across Turkey

Did you know that Turkey boasts some of the oldest and most beautiful trees in the world? While some of Turkey’s historical heritage trees are located in the heart of forests and off the beaten path, others are in more frequently visited destinations and lie near well-trodden tourist spots. Thus, it is easy to pay a visit to some of Turkey’s most miraculous and oldest monumental trees.

In 2016, a Yew Tree was discovered to be 4,112 years old, granting it the title of not only the oldest tree in Turkey and Europe but also the oldest yew tree in the world and one of the entire world’s five oldest living trees. Standing 25.5 meters (83.7 feet) in height and 7.7 meters in girth, the yew, or "porsuk" in Turkish, is located in the Gümeli Forest of the Alaplı district in Turkey’s Western Black Sea region and uncovered by locals. It has been declared a natural monument and is believed to be the only living entity remaining from the Bronze Age.

Having just recently lost its title as the oldest tree in Turkey, a 2,700-year-old yew tree is now the second oldest living tree in Turkey and is one of the oldest yew trees in the world. Located in the town of Andırın in Kahramanmaraş, this tree, which stands 56 meters high and is 5.4 meters wide, was discovered by nature photographers. Although the age of trees is usually countable by the rings, yew trees are known to periodically become dormant and thus could even be older.

In recent years, a 2,334-year-old cedar tree in the Kumluca district of Antalya has been discovered to be the oldest cedar tree in the world. Located in the Dibek Nature Reserve and nicknamed “Ambar Katran” by locals, this "sedir," as it is referred to in Turkish, is 26.7 meters in height and has a circumference of 7.85 meters.

Similar to the case of the aforementioned yew, “Koca Katran” – a cedar tree in Antalya’s Çığlıkara Nature Reserve, located in the Elmalı region – was thought to be the oldest cedar in the world, dating back 2,025 years old. However, this was outdated by the neighboring “Ambar Katran” of Kumluca. The Finike-Elmalı region of Antalya is known for its cedar forests. This tree stands 25 meters high and has a circumference of just over 8 meters.

In the village of Gedelme, which is located near the holiday hub of Kemer in Antalya, stands an Oriental plane tree that at 2,070 years of age (give or take 500 years), vies for the top spot of oldest of its kind in the world. Both this Oriental plane (or, "çınar ağacı" in Turkish) and a similar tree in Georgia have recorded the same age. The tree is 25 meters high and has a girth of 12 meters.

There is a bit of controversy surrounding this olive tree, located in Kırkağaç in western Manisa, which was originally dated as 1,656 years old through the ring method. A Dutch researcher by the name of Ticia Verveer conducted carbon testing on the tree in 2016 and deduced that it dated back to the same year as the birth of Christ. This makes it the oldest olive tree in Turkey and speculation has surfaced that the Virgin Mary may have planted the seed herself for the birth of her son as she made her way to Ephesus. Registered as a monumental tree in 2013, it continues to be harvested by villagers and is said to produce four different types of olives.

Rooted in the ancient city of Teos in Sığacık, a seaside district in Izmir is a 1,800-year-old olive tree that is visited regularly by tourists and given the name “Umay Nine” – a character invented by author Buket Uzuner. Two years ago there was an auction held for olive oil from this prestigious tree that sold for 30,000 TL for half a liter and the proceeds were used for student scholarships.

In the courtyard of Istanbul's Kocamustafapaşa Mosque, there is a 1,400-year-old cypress tree that is referred to as “Zincirli Servi,” which translates into “the chained cypress.” There is a lot of lore surrounding this tree and its chain, such as the belief that it was used as a lie detector. Supposedly two parties would sit under the tree and the person the chain pointed to when it moved next would be the one considered to be in the right. Another belief was that if the chain ever touched the ground it would be “judgment day.” The chain was removed in the 1940s, and the tree is no longer alive, but you can still visit the remnants and relive the legends surrounding it.

While at 600-years-old, the sycamore tree in Bursa’s Inkaya may not be one of the oldest in Turkey, it is one of the most famous trees in the country and has become a historical landmark. Located in the İnkaya village on the road to Turkey’s winter sports capital of Uludağ, this sycamore stands 35 meters high and has an 18-meter body width and 13 serpentine-like branches. There is a lovely tea garden from which you can enjoy the shade and while away the day.