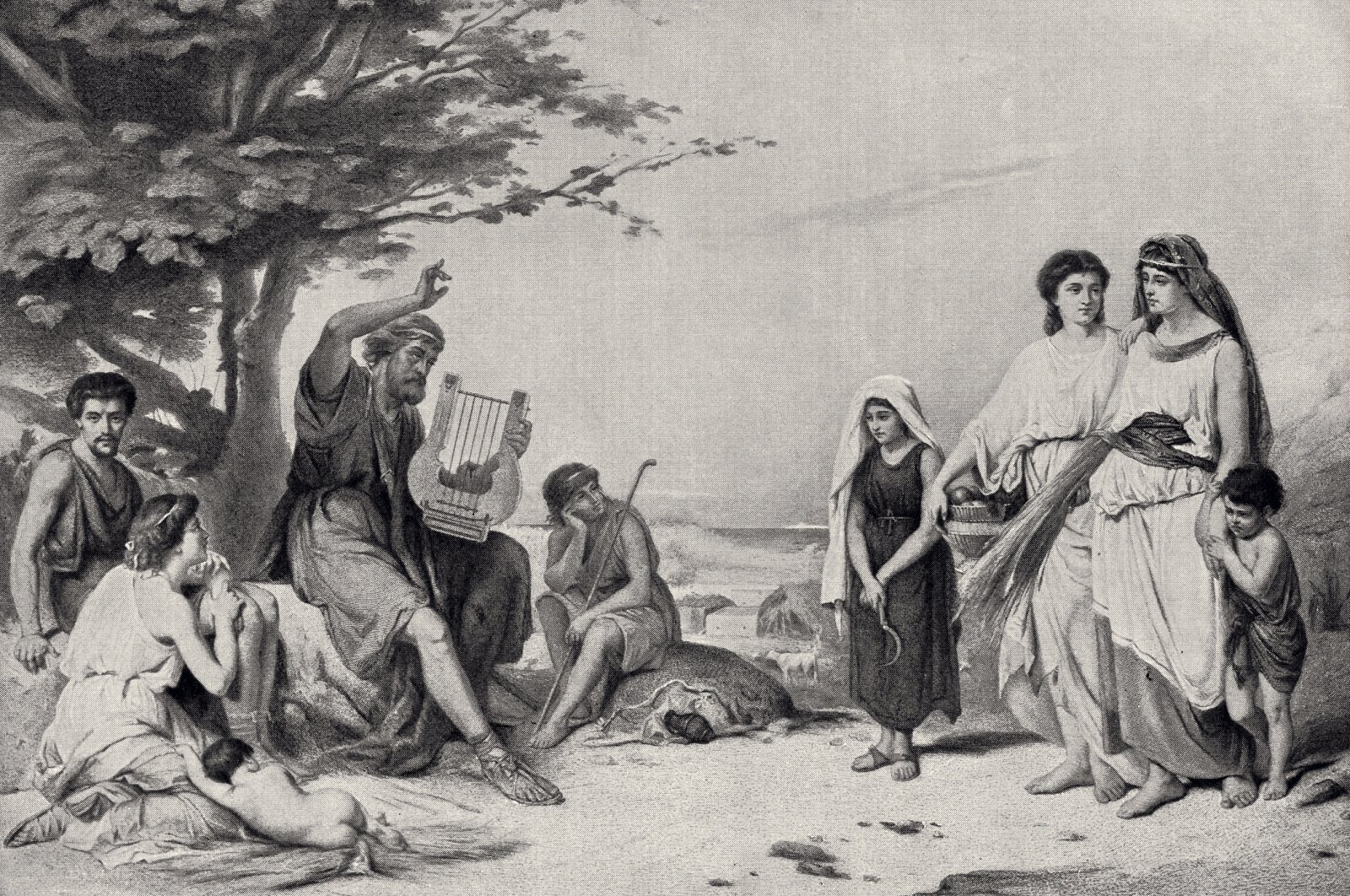 Once you choose Turkey as your new home, you'll quickly become acquainted with its long, rich history. As the home to many wars and people from all cultures, Anatolia produced countless tales, told by some of the greatest storytellers in the world

The beautiful land of Turkey we call home has not surprisingly also housed a number of the world’s most revered scholars, philosophers, poets and fabulists. Check out some of the most influential literary and historical figures that have played significant roles in the development of world literature, philosophy and religious studies.

Considered the founder of Greek mythology in its written form, the ancient Greek poet Hesiod was born circa 700 B.C. in the Aeolian city of Cyme, which today is referred to as Nemrut Limanı and is located near the town of Aliağa on the Aegean coast in Izmir province. Hesiod was the author of the most complete version of the Greek creation myths that survived, the poems “Theogony” aka “Birth of the Gods” and “Works and Days,” which relays details on peasant life. Up until Hesiod and Homer’s epic poems, the tales of Greek creation myths were believed to have been passed on to generations through oral tradition.

While Hesiod may have been the first to pen the legends of the Greek gods, it was Homer and his “Iliad” and “Odyssey” that would become a household name for the thousands of years to come for painting such a vivid picture of the Greek creation myths circa 700 B.C. While much mystery still enshrouds Homer, whose birthplace is believed to be in Ionia, aka Smyrna and what is present-day Izmir, he is the widely presumed author of the “Iliad” and the “Odyssey,” two epic poems that are the central works of ancient Greek literature. The “Iliad” tells the story of the decade-long Trojan War, which took place in the present-day province of Çanakkale’s Truva, while the “Odyssey” recounts the 10-year journey home of Odysseus, the king of Ithaca after the fall of Troy.

The creator of "Aesop’s Fables," a series of 600 tales centered on animals with human characteristics that tell a moral or lesson, Aesop is believed to have been a storyteller, fabulist and slave born on the Black Sea coast in what is present-day Thrace. Contesting sources believe his birthplace to be Phrygia and more precisely near the Sakarya River in northwestern Anatolia, but nonetheless, he definitely appears to have been born somewhere that is now present-day Turkey. Aesop is assumed to have lived between 620 to 560 B.C. and although there is no written evidence attesting to any of this, numerous tales were attributed to Aesop for centuries to follow, including ancient sources from Aristotle and Herodotus. His own life is also considered to be quite legendary as supposedly his cleverness allowed him to break away from slavery in the Greek island of Samos only to become a revered advisor to kings and rulers of city-states.

"The Book of Dede Korkut" is the most famous Central Asian epic tales of the Oghuz Turks spanning back to the eighth century or before. This anonymous collection of tales tells of the lifestyles of the nomadic Turkic culture prior to adopting Islam and may have been some of the first rhymes and tongue twisters ever uttered. Dede Korkut is rumored to have lived between 570 A.D. and 632 A.D., at the time of Prophet Muhammad.

Karagöz and Hacivat are the lead characters of the traditional Turkish shadow play, referred to by the same name. This style of story telling was popularized during the Ottoman era yet still continues to this day. There are records showing puppetry taking place as far back as the 14th century in Ottoman territories, but how it first came about is not entirely certain. There are legends it was based on actual characters who were builders in Bursa as well as that the first show was held to convince a sultan of wrongdoings in the court. Nonetheless, the premise of Karagöz and Hacivat puppetry is centered on the two aforementioned characters, the first of which represents those of lower socioeconomic standing and the latter the educated elite. The shadow play puppet shows became popular forms of entertainment during the holy month of Ramadan, and the puppets themselves are made from painted camel or water buffalo hides, have jointed limbs and are typically 30 centimeters to 40 centimeters (12 inches to 16 inches) in height. The Karagöz and Hacivat Museum in Bursa continues to host weekly performances.

Born in 1208 in Sivrihisar, located in present-day Eskişehir, Nasreddin Hodja was a Seljuk satirist known for appearing in thousands of witty stories, most of which had a pedagogical nature. Considered a sage and philosopher with a strong sense of wit and humour, Nasreddin Hodja served as a kadi, which was a Muslim judge, up until his death in Konya’s Akşehir in 1284. Referred to as the Turkish jester, there are 350 anecdotes attributed to his name and every summer a festival is held in his honor in his town of birth.

Sufi philosopher Mevlana Jalaluddin Rumi was a theologian, Islamic scholar and Sufi mystic, whose prose has transcended all borders making him both the most popular and highest-selling poet in the U.S. Born on Sept. 30, 1207, in Balkh, which is present-day Afghanistan but was inhabited by Turkish tribes at the time, Rumi, whose full name is Jalal ad-Din Muhammad, traveled through eastern Turkey to reach Konya, where he spent the majority of his lifetime establishing the Sufi Mevlevi Order and penned his greatest work of poetry the Masnavi. It is also where he passed away on Dec. 17, 1273. Referred to as Rumi in the West, a word which connotes “the land of Rum,” meaning Anatolia, in Turkey, he is known as Mevlana, best defined to mean “scholar.” His mausoleum has become the Mevlana Museum in Konya but also housed the lodge of the Whirling Dervishes of Rumi’s Mevlevi Order.

Similar to Rumi, Yunus Emre was a Muslim poet, who like Nasreddin Hodja, was born in Eskişehir’s Sivrihisar in 1238. Playing a significant role in Turkish literature, Yunus Emre was one of the first folk poets to write in old Anatolian Turkish, whereas prose before his time had predominantly been penned in Persian or Arabic. His two works, which center on the themes of divine love, were the “Risâletü'n-Nushiyye” and the “Divan of Yunus Emre,” the latter of which was composed posthumously.

Evliya Çelebi was an Ottoman explorer who spent 40 years traveling on horseback throughout the Ottoman Empire and neighboring lands. His travelogue, dubbed the Seyahatname, consists of a 10-volume work that begins with his commentary on Constantinople and leads into his extended travels of the Ottoman Empire. Çelebi, whose full name was Derviş Mehmed Zilli, was born in Unkapanı neighborhood in Istanbul and lived from 1611 to 1682. He was a musical scholar in theory and practice and could famously recite the Quran from memory.