Marching on: Expat events in Istanbul this month 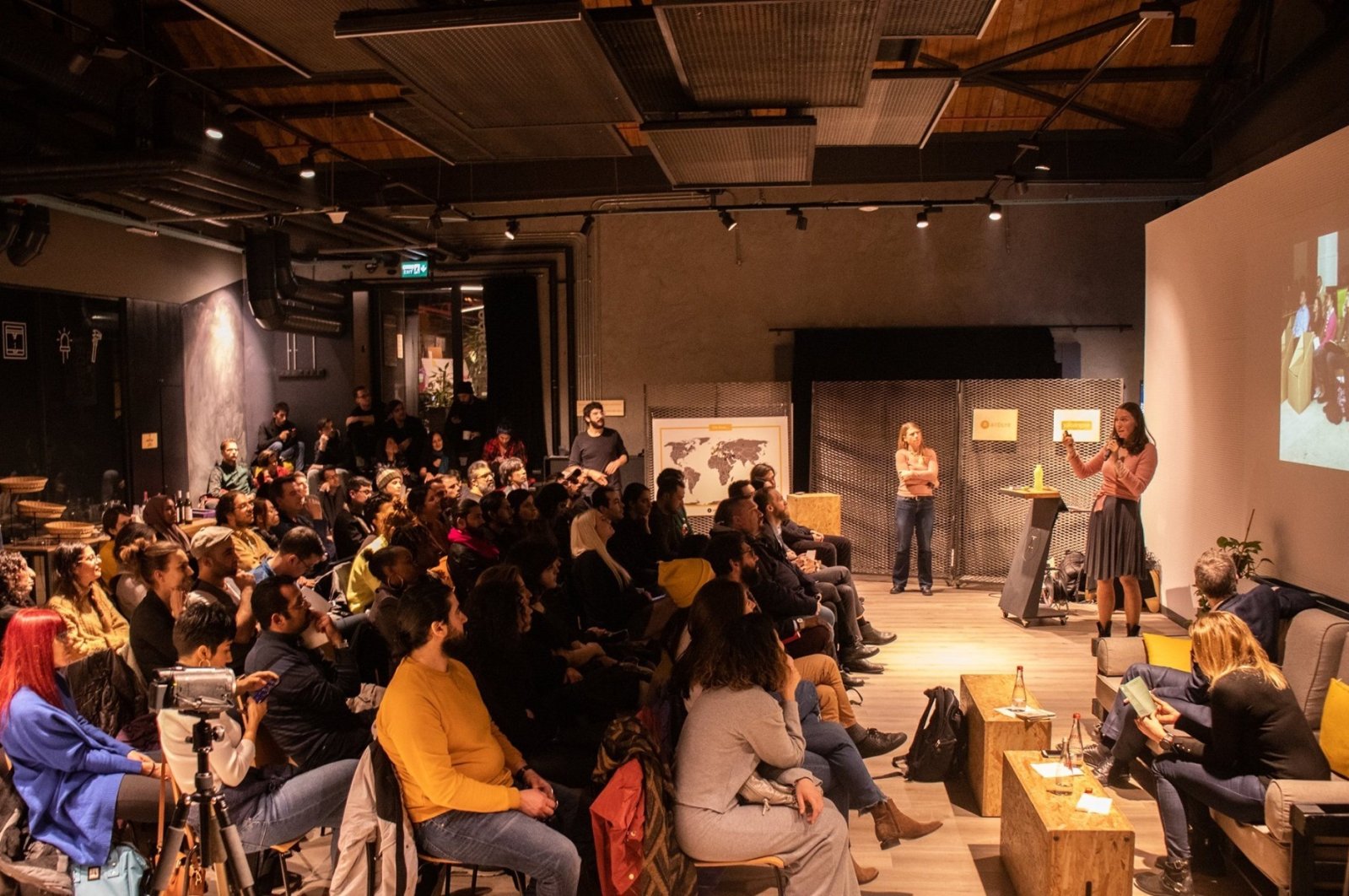 Expat Spotlight (pictured) is a talk series showcasing the contributions made by expats to the city's cultural, humanitarian or business fabric. (Photo courtesy of Yabangee)
by Leyla Yvonne Ergil
Mar 02, 2020 1:16 pm

By the looks of the weather in Istanbul, spring has officially arrived, making March's event calendar all the more exciting. From karaoke and dining to quizzes and music, there's plenty to enjoy across the city

As always, this month Istanbul's thriving expat community is banding together to host a variety of entertaining and educational events. From comedy to cuisine, quizzes and culture, here are just some of the events waiting to inform, inspire and engage those interested in getting to known the expat community in the city.

March 3: Spoken Word every Tuesday
Held every Tuesday for the past eight years at Arsen Lüpen in Beyoğlu, Spoken Word Istanbul is a generally English-language open-mic night that has been widely embraced by the city’s expat community. Setting the stage for a number of branch-out projects and new friendships, Spoken Word Istanbul is in a league of its own. The stage is open to anyone and everyone and performances of music, poetry, stand-up and storytelling and more. Entry is free and sign ups begin at 8:15 p.m., with the show starting at 8:30 p.m.

March 4: Pub Quiz at James Joyce Irish Pub
The pub quizzes that take place at the James Joyce Irish Pub provide a meeting point for Istanbul’s livelier expat crowd. With live music nearly every night, the venue itself, located in the heart of Beyoğlu on Balo Street, has for decades been the most popular hangout spot for emigres to the city. The pub quiz kicks off at 8:30 p.m. and is a great opportunity to test your skills and mingle with fellow foreigners.

March 6: Stand-up Comedy Open Mic Night
There’s a new comedy club in town. Opened by seasoned members of Istanbul’s active English-language stand-up comedy and improv theater scene, the Istanbul Comedy Club is located on the top floor of Rasputin in Taksim and holds a variety of performance-related events, including this week’s Komikrofon Stand-up Show, which will be an open-mic night in Turkish held on Thursday, March 5 and a Stand-up Comedy Open Mic Night in English, which will take place this Friday, March 6 at 8:30 p.m.

March 7: Writer’s Workshop on Academic Applications
Istanbul&I is a multicultural social youth organization dedicated to promoting social change among the displaced and disadvantaged in our society via a host of volunteering projects, including speaking clubs and seminars, from their head office in Karaköy. This month, the group will be starting a brand new event series. The “Writer’s Workshop” aims to help participants gain confidence in their English writing skills, as well as to help guide them in their academic application process. Led by writer and editor Tas Anjarwalla, Global Engagement Manager at Koç University Melissa Abache and Junko Kanero, an assistant professor of psychology at Sabancı University, the event will be held in English from 4:30 p.m. to 6:30 p.m. on Saturday, March 7. This workshop will be a valuable opportunity for participants to learn how to prepare academic applications and statements of purpose for graduate study and grants and will primarily be a presentation followed by a writing clinic in which attendees are asked to bring a laptop or writing materials as well as any work they may want editing help with.

March 12: Trivia Night #32: A Pub Quiz for Everyone
On Thursday, March 12, Yabangee will be hosting it's monthly “Trivia Night: A Pub Quiz for Everyone” at Ekşi Limon in Beşiktaş. This will be the 32nd edition of this popular event series, which is organized by the forei, a volunteer website geared toward informing foreigners in Istanbul of events that offers reviews and doles out advice and also hosts a number of event series frequented by the city’s expat community. The night will begin at 7 p.m., with the quiz kicking off at 8 p.m. Participants are welcome to come alone and be paired with teams of six people each. The top three teams win prizes, and no cell phones are allowed to be used during the game. Participants must be aged 18 or older, and there is a small entry fee per person.

March 14: Singapore Mix Pop-up Dinner
Pop-Up Dinners Istanbul is a popular pop-up dinner event series held by a Dutch-Singaporean former restaurateur from her home in Cihangir. Regularly frequented and in high demand among the expat community, every dinner is based on a different theme carefully curated and sourced by Kay. On Saturday, March 14, Pop-Up Dinners Istanbul will be hosting “The Singapore Mix Pop-up” starting at 8 p.m. that will feature a medley of Far East delicacies from India, Malaysia and China.

March 18: Expat Spotlight on Cultural Heritage
Expat Spotlight is a unique talk series held monthly by Yabangee and ATÖLYE in which expats share their personal experiences and contributions made in a variety of spheres and centered on specific topics in a moderated Q&A-style panel for an audience. Held on Wednesday, March 18 at ATÖLYE, a creativity platform and coworking space located in bomontiada, a stylish entertainment and innovation center housed in a historical beer factory in Şişli’s Bomonti neighborhood, this month’s focus will be on “Cultural Heritage.” The English-language event is free and open to all and begins at 7:30 p.m. with doors opening at 7 p.m.

March 22: English Stand-up Comedy Night at BKM Mutfak
On Sunday, March 22, Standup Turkey, which is a monthly stand-up comedy night showcasing up-and-coming comedians that perform in English, returns with an evening of laughs that will take place at BKM Mutfak Çarşı in Beşiktaş. The show starts at 10 p.m. and will feature the comedians Alpay Erdem, Ceylan Ünal, Dan Spinks, Emir Efli, Leon Sandler, Ozzy Oz, Taha Ercoşkun and Utku Ergin with veteran comedian and member of the Çok da Fifi all-women ensemble, Aslı Akbay, serving as MC for the evening. Tickets are available on Biletix or at the door.