The expat experience of self-isolating in Turkey 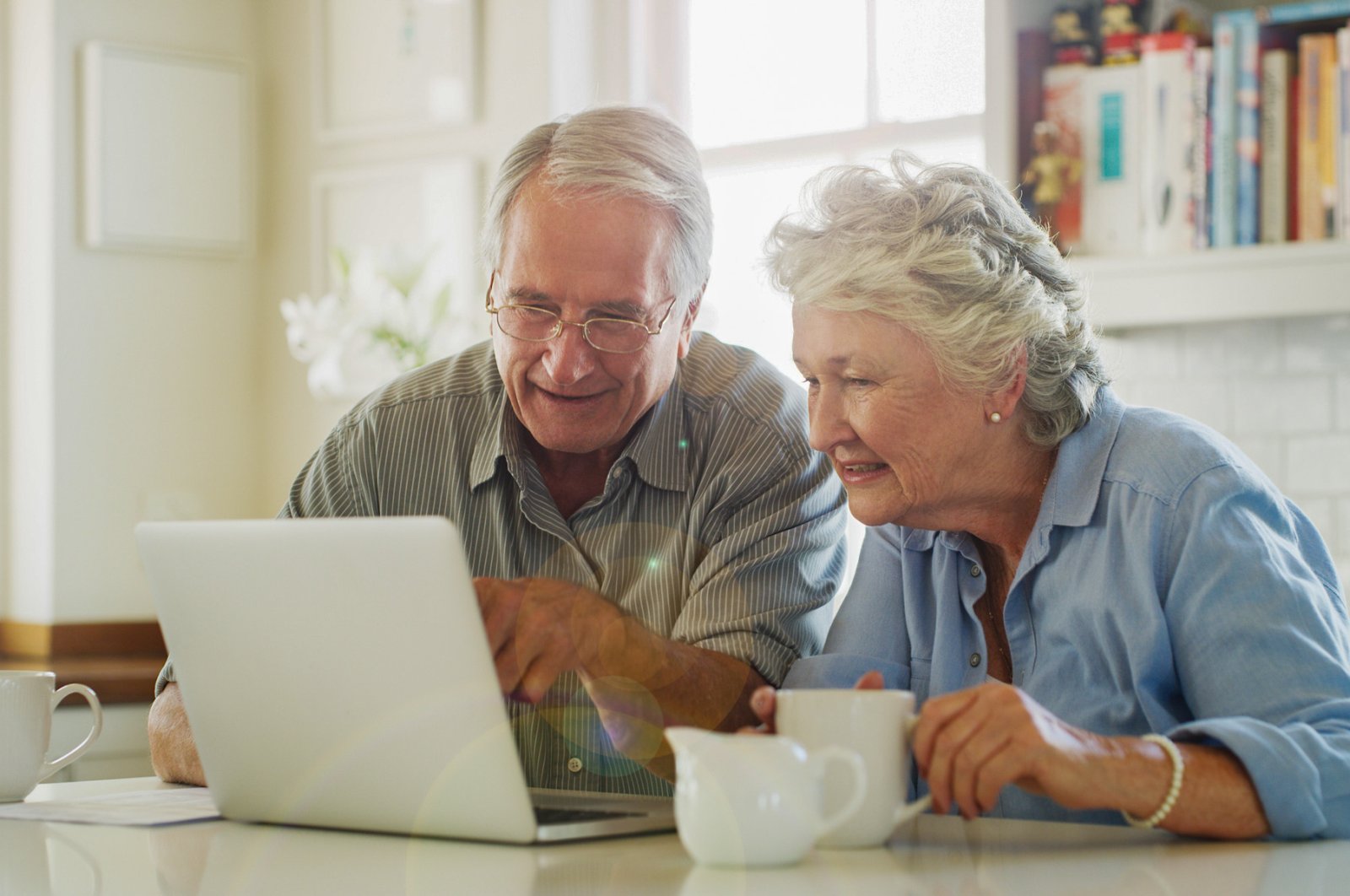 As Turks adjust to the reality of social distancing and face an undetermined period cooped up at home, being away from friends and family during such times is especially hard for expats, but those in Turkey seem to have found ways to stay positive and unified

While this is a trying time for everyone all over the globe, it may admittedly be more challenging for expats far from home. Checking in with expats from Fethiye, Bodrum and Istanbul, it seems solidarity is strong, spirits are as high as can be and their love for Turkey in the time of coronavirus prevails.

Speaking with George Rimmer, a self-isolating 65-year-old retiree who hails from the U.K. and lives in Fethiye fulltime with his wife Chris, admits that when the “stay at home” instruction was issued here in Turkey, he “dreaded the prospect." I love walking along the promenade in Çalis and the Kordon into Fethiye while admiring the beautiful scenery, surrounding snow-capped mountains and the turquoise blue Mediterranean, but that was the day I realized that life as I’ve known it was about to change in a way that I could never have imagined.” Let it be said that George and his wife are active members of the expat community and are also the organizers of the Race for Life 5K in Fethiye, which is a charity run for cancer research that takes place in October.

“While the first couple of days were a novelty” and spent watching TV he admits “visits to the fridge and cups of coffee went all out of proportion, and you quickly realize that you can’t sustain such activity without a negative consequence.” Thus, his wife Chris made a to-do list, and he jokingly said his heart sank; however together, they tackled every drawer and cupboard they came across.

“The longer this goes on, the more we feel the need to structure our day and while getting out of bed in the morning at a reasonable time and dressed and showered are important, more than that, we find that setting ourselves some ‘goals’ the day before means that we awake each day and feel that there is something we need to accomplish,” George said. Meanwhile, modern technology has helped them keep in contact with friends and family all over the world, which they find very important to do as it helps them see that this is affecting everyone globally.

As for being in Turkey at this time, George explains that he is a keen follower of all of the expat groups here in Fethiye. “I feel confident to say that you have to look long and hard to find anybody wishing they were anywhere else but here,” he said.

Tamahine Alphan, a mother of three hailing from the U.K. and based in Bodrum shines a positive light on the effects of self-isolating for families by rejoicing in the fact that the entire flock is home together. “It’s like Christmas without all of the expenses, it is like a break from all of the modern trappings of the pressure to work so hard for money and schools being so unnecessarily intensive, which kills family life,” she said.

Yet another British expat based in Bodrum, Annie Onursan, who also happens to be the author of the blog Back to Bodrum, looks at the positive side of self-isolation by stating, “I am happy to have an excuse to stay home and paint, cook and sew and most of my usual social groups, such as book clubs and pub quizzes, are meeting up once or twice a week for group chats.” Annie said she feels lucky to live in Bodrum and says there have been no shortages in shops. She is pleased that the state efforts have been organized and looking after those who are unable to leave home, those who could not get home and the street animals.

A U.S. native, Gabrielle Reeves, is an art and yoga teacher at Nadas Istanbul who is now offering online classes. Reeves said that while self-isolation has been a challenge in terms of transitioning to working online and being dependent on technology, it has also given her more time to explore practices such as daily drawing and the chance to truly observe her home and immediate surroundings through art.

“I feel lucky to be in Turkey at this time as I think the country is taking necessary measures to prevent the spread of the virus,” said Gabrielle, adding that while being far from home is always hard, during this trying time she has more opportunity to connect with her family than usual, her father was able to join in an online drawing class and her sister and nephew took part in a yoga class she led. “Even though I am far away, I feel more connected somehow to friends and family living abroad.”

Tarik Yassien, the director of Yabangee, the volunteer website that informs foreigners of ongoings in Turkey and hosts a wide variety of events, said: “Suddenly switching to a life of self-isolation as someone, who lives alone and normally gets all of their social interaction from going out as well as having a professional focus on public events, has been a somewhat jarring transition. That said, I’m privileged to have the means to isolate for the time being, and I very much feel it’s still early on in the ‘stay at home period,’ so I’m trying to keep anxiety low and make the most of the brief windows of productivity that come to me. I spend a lot of the day obsessing over the news, which undoubtedly has a negative impact, but I try to balance that with staying in touch with my families and friends and distracting myself with various indoor hobbies,” he said, adding that while living in a city as densely populated as Istanbul during a global pandemic brings its own worries, “I feel prepared and we have a certain solidarity here against whatever is thrown at us, so I can’t imagine going elsewhere.” Tarik also noted that he has been genuinely touched by the various acts of kindness and support he has seen taking place here on social media.

Lisa Morrow, the author of multiple books on Turkey and the blog Inside Out in Istanbul, said that while she misses all of the random interactions she has with people at bus stops and ferries, and in mosques, museums and neighborhoods she visits to research articles, “Interacting with friends is really important in Turkey, and not being able to do it physically hasn’t lessened that,” said Lisa adding that they check in regularly with friends by text or over the phone. “So, we don’t feel lonely.”

Asked how she feels about being in Turkey at this time, Morrow said she feels lucky to be going through this in Turkey rather than her home country of Australia, where she said from the news it seems individuals are more concerned with the restrictions on their personal freedom rather than considering the health and well-being of the majority.

“Our Turkish friends all take this situation very seriously and have been limiting their contact with others for almost a month now both personally and at work. My neighborhood of Kadıköy resembles a ghost town,” Morrow said. “In Turkey as soon as it becomes clear people aren’t following instructions, the local and state authorities have stepped in to enforce them. At the same time, they have made it possible for more people to stay home and stay safe by organizing shopping assistance, supplying free masks and so on. I think Turkey’s strength is its ability to problem-solve quickly and implement practical change on the ground on a must-needs basis, and I’m grateful for that.”