The many perks of being friends with a Turk 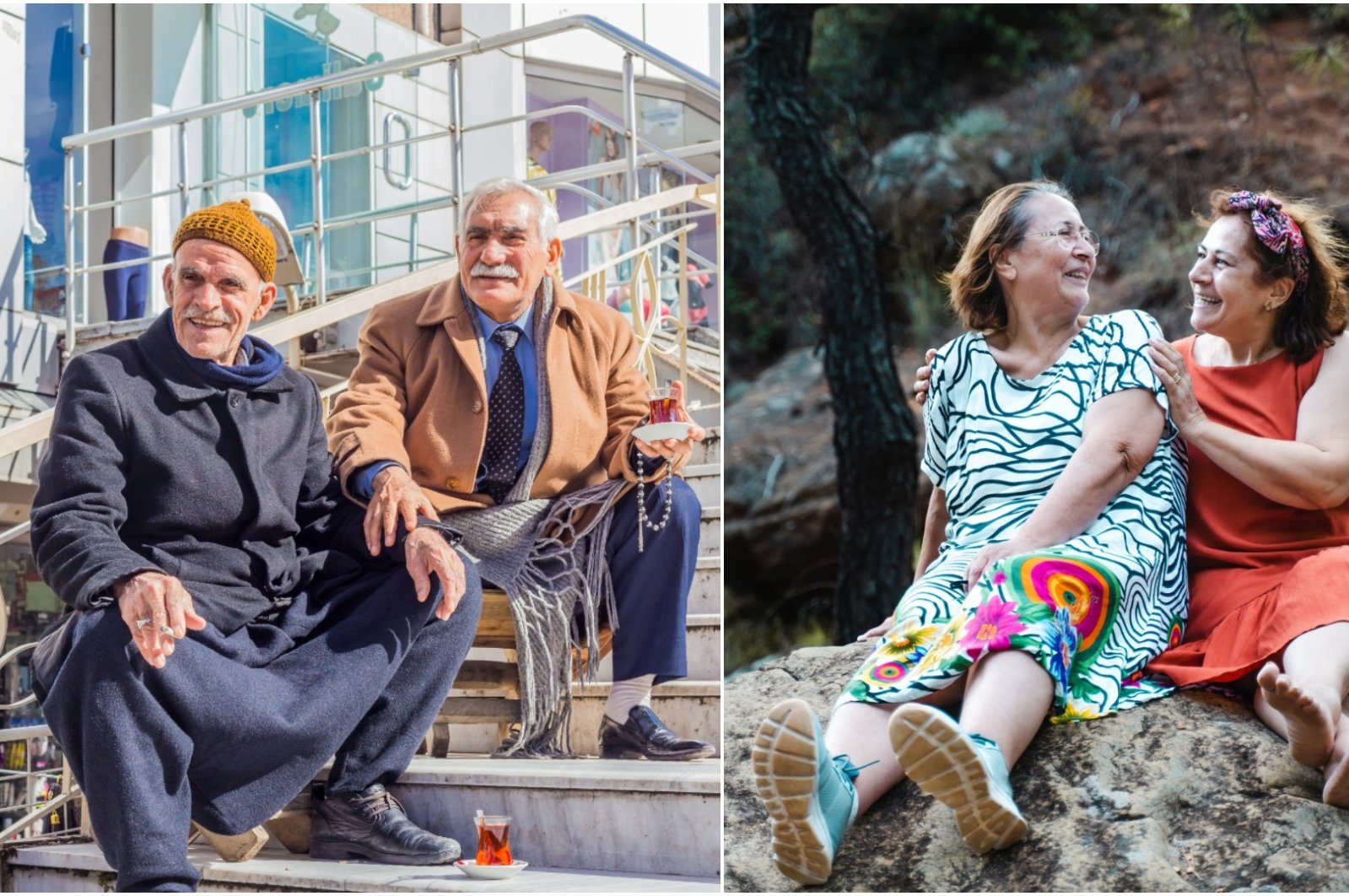 A shared interest or some warmth is most often the only thing you need to start a friendship with a Turk. (Shutterstock/iStock Photos)
by Leyla Yvonne Ergil
Oct 29, 2020 1:35 pm

Though there are all sorts of people in Turkey, as is with any other nation, and regional differences should be expected in demeanor and warmth, having close Turkish friends could open your eyes up to a whole new world

Anyone and everyone who has had the fortunate opportunity of becoming friends with Turks knows very well that they are some of the most friendly, loving, supportive and generous people you could ever meet. However, there are also a number of rules of thumb and characteristics distinctive to Turks as a whole when it comes to both schmoozing and building a long-lasting friendship. While, of course, these may be overgeneralizations and everyone is their own unique individual, the following can serve as a guideline for some of the finer nuances to breaking the ice and warming up with others here in Turkey.

Despite being extremely friendly and hospitable in the long run, in the beginning, sometimes Turks can be quite polite and courteous to the extent that they could even be considered standoffish, especially the city crowd. However, for foreigners, this perception may entirely be simply lost in translation as the language and honorifics given to certain people can be daunting. Nevertheless, the rule of thumb is to refer to anyone in a professional capacity as well as new acquaintances, such as neighbors with the title of “Bey” and “Hanım,” i.e., Mr. and Mrs. On a similar note, you will always want to use the formal T-V distinction of “siz” vs “sen,” when first meeting others unless it is absolutely mutually understood that you will be friends. Otherwise, stick to the formal form of referring to people, until it has been overtly understood you will be communicating on more personal terms.

While Turks are generally quite friendly and inquisitive, there are certain types and especially intellectuals and hipsters that can be “too cool for school.” In other words, the normal questions we are usually taught to ask as ice breakers just won’t work with this crowd. They may perceive questions such as “What do you do?”, “Where do you live?” and “Where are you from?” as superficial. Turks do not like direct questions about money; they don’t like people who namedrop or seem conceited, and most would look down on complaining and gossip. The last thing you would ever want to do is to speak negatively about Turkey as that could be the biggest faux-pas you could ever utter; I shudder to think!

So what do you do when you find yourself awkwardly asking questions and getting nowhere? Well, that’s when you resort to comedy and making light-hearted jokes or asking questions about their family, personal lives, hobbies, Turkey and Turkish culture. Sarcasm does not exist in Turkish in the same way as it does in English, however, so keep that in mind and try not to offend others. Also, don’t take it personally if some form of wit comes swinging its way back at you. Many Turks like to test people’s level of witty banter before proceeding to become friendlier.

Meanwhile, as you tiptoe around the subject of money with most Turks, there are no holds barred when it comes to discussing someone’s weight. While Turks would never ask what your salary or rent is, they could easily and blatantly ask how many kilos you weigh.

Live for the moment

Turks love spontaneity and enjoying the moment, whether it be sharing a cup of tea, enjoying a slow dinner or even ending up at a sleepover; these are all par for the course. All of these events could very well take place from the moment you meet. On the flip side, however, you may want to take plans with a grain of salt as the result of living spontaneously can be that they can’t make certain previously planned events, and if they do, they may not be there on time. Turks love to make last-minute plans, which they can also cancel in the blink of an eye.

The more the merrier

Understandably the warmth and hospitality displayed to you are also shown to others and thus, don’t be surprised if you suddenly find yourself in a social group. Turks love to invite and introduce others and might not see the harm in bringing along a friend or family member to meet you or to go events.

The best way to truly reap the benefits of a Turkish friend is to try to just say “yes” to all of the fun experiences they attempt to offer be it sharing a cup of tea or coffee, being asked to get up to dance, going for a decadent breakfast or midnight bowl of soup. If possible, try to go with the flow as it is all of these wonderfully unexpected incidents that make life in Turkey so enjoyable. After all, the Turkish saying that a cup of coffee equals 40 years of friendship is not for nothing!

Generous to a fault

Turks are famed for their hospitality, which in essence is actually evidence of their generosity. They love giving gifts and sharing food, and refusing to accept or do so could very well be considered rude. They love paying the bill and sometimes even in secret, and some may be offended if you were to push too hard to go Dutch. The best practice would be to pick up the tab next time in return, and that way no money is ever seen or talked about, which is just the way the Turks prefer. Meanwhile, if you are given a plate of cookies or treats as such, it is the general custom to return said plate with a yummy offering of your own. Also, beware when complimenting others if it is on an item of clothing or accessory because if you ask a Turk where they got it from, they may end up forcibly giving you the said item as a gift. Instead, try to emphasize just how much the particular item suits them as for Turks giving seems to be in their genes.