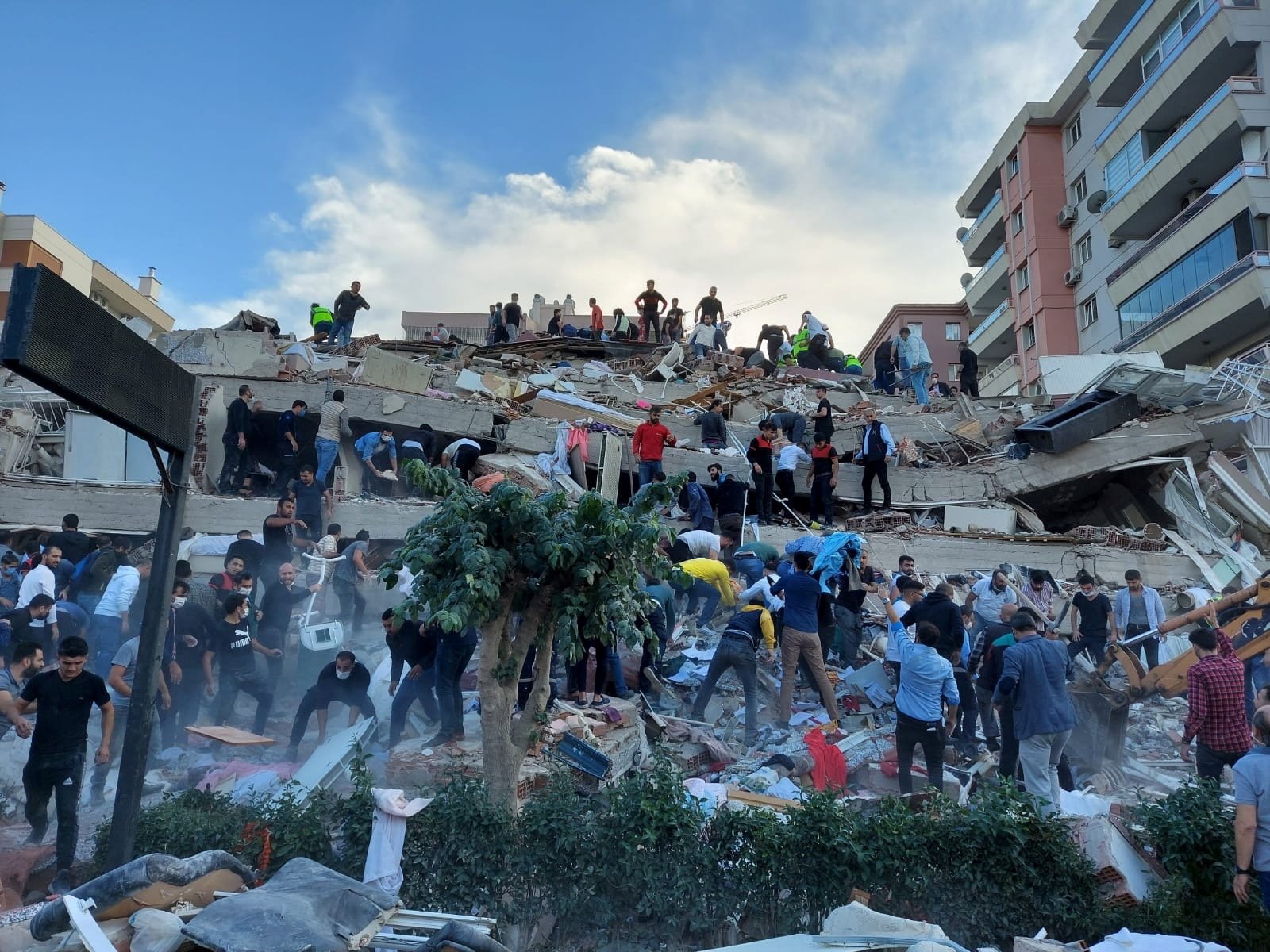 Locals and officials search for survivors in a collapsed building after a strong earthquake struck the Aegean Sea, which was felt in both Greece and Turkey, Izmir, western Turkey, Oct. 30, 2020. (Reuters Photo)
by DAILY SABAH Nov 19, 2020 2:12 pm
RECOMMENDED

A Turkish expert said that the major earthquake expected in the Marmara region will likely take place in the northwestern province of Tekirdağ rather than Istanbul.

“The destructive power of the Tekirdağ earthquake will be equal to magnitude 9. While the power to be released in the expected Istanbul earthquake will be equivalent to 4.3 atomic bombs, it will be 24 atomic bombs for the expected Tekirdağ tremor,” geophysics engineer Övgün Ahmet Ercan told Demirören News Agency (DHA) on the sidelines of a panel in the Marmara Ereğlisi district of Tekirdağ on Thursday.

Ercan emphasized that Edirne and Kırklareli provinces, Tekirdağ’s western neighbors, are the safest places in terms of the earthquake, while the districts of Ergene, Şarköy and Marmara Ereğlisi are the most dangerous areas where construction should not be allowed.

Turkey is among the world's most seismically active zones as it is situated on several active fault lines, with the most potentially devastating being the Northern Anatolia Fault (NAF), the meeting point of the Anatolian and Eurasian tectonic plates.

Last month, 116 people died when a 6.6 magnitude earthquake rocked the western province of Izmir. The disaster put an expected “big one” predicted to strike Istanbul, the country’s most populated city, in the spotlight again. Experts often warn that an earthquake with a magnitude higher than 7.0 will hit the city in the near future.

The country has suffered devastating earthquakes in the past, including the 7.4 magnitude earthquake centered in northwestern Izmit in 1999 that killed more than 17,800 people in the greater region.

Speaking about the previous earthquake, Ercan said geophysical engineers in 1982 foresaw the deadly tremor in Izmit. “When I applied my algorithm in 1982, I said that there could be an earthquake at any moment after 1994. Then, with a delay of five years, the 1999 earthquake occurred, and we lost about 17, 800 people,” he said.

Experts say all forecasts and fault line movements point to an inevitable earthquake of at least 7.0 magnitude, but no technology exists to predict its time or epicenter. Areas near the coasts of the city remain most vulnerable due to active fault lines traversing the Marmara Sea.