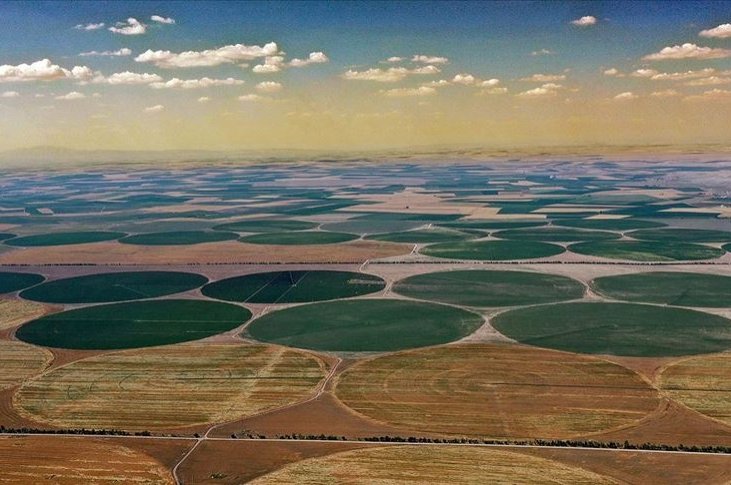 As climate change takes a toll on agriculture and brings unsustainable agricultural practices into the spotlight, Turkish farmers are looking to make a change. The Food and Agriculture Organization (FAO) of the United Nations has stepped in to help them in these turbulent times.

Sheikh Ahaduzzaman, the FAO program officer in Turkey, said the FAO supports schemes for the adaptation to climate change in agricultural production, from new cultivation practices to irrigation, from the establishment of biogas facilities to the rehabilitation of pastures.

In Turkey’s central agricultural hub of Konya, the FAO, in cooperation with the Turkish government, has been conducting sustainable land management and climate-friendly agriculture projects since 2015. The project aims to curb land degradation, preserve biodiversity and increase profitability in the agriculture sector. It also contributes to reducing carbon emissions. Konya basin is among the driest lands in Turkey, and farmers strive to diversify crops to fight the drought imposed by climate change. Ahaduzzaman said fertility rates still remain low despite these efforts. In Konya and neighboring Karaman, the organization introduced farmers to no-till farming, programmed irrigation systems and incentives for maintaining biodiversity.

No-till farming is vital for protecting the humidity in the soil and preventing erosion. Ahaduzzaman said it also curbs fuel consumption due to the lack of tillage. FAO’s “schools” for farmers in the region help farmers to learn the practice.

Extreme irrigation in the region also remains a threat to agriculture. Traditional irrigation methods deprive the basin of more water and push energy use. These methods eventually lead to water resources drying up. FAO set up “training” lands in 39 locations in the region to show farmers proper irrigation through drip irrigation. “We show farmers how to program their irrigation based on features of the soil, meteorological data and requirements of crops. 'Training' lands proved that saving water is possible," Ahaduzzaman said. He noted that they saved more than 25% of the water in those lands and made energy savings of up to 26.6%. “We also had a 3.1% increase in crops obtained from those lands thanks to programmed irrigation,” he noted.