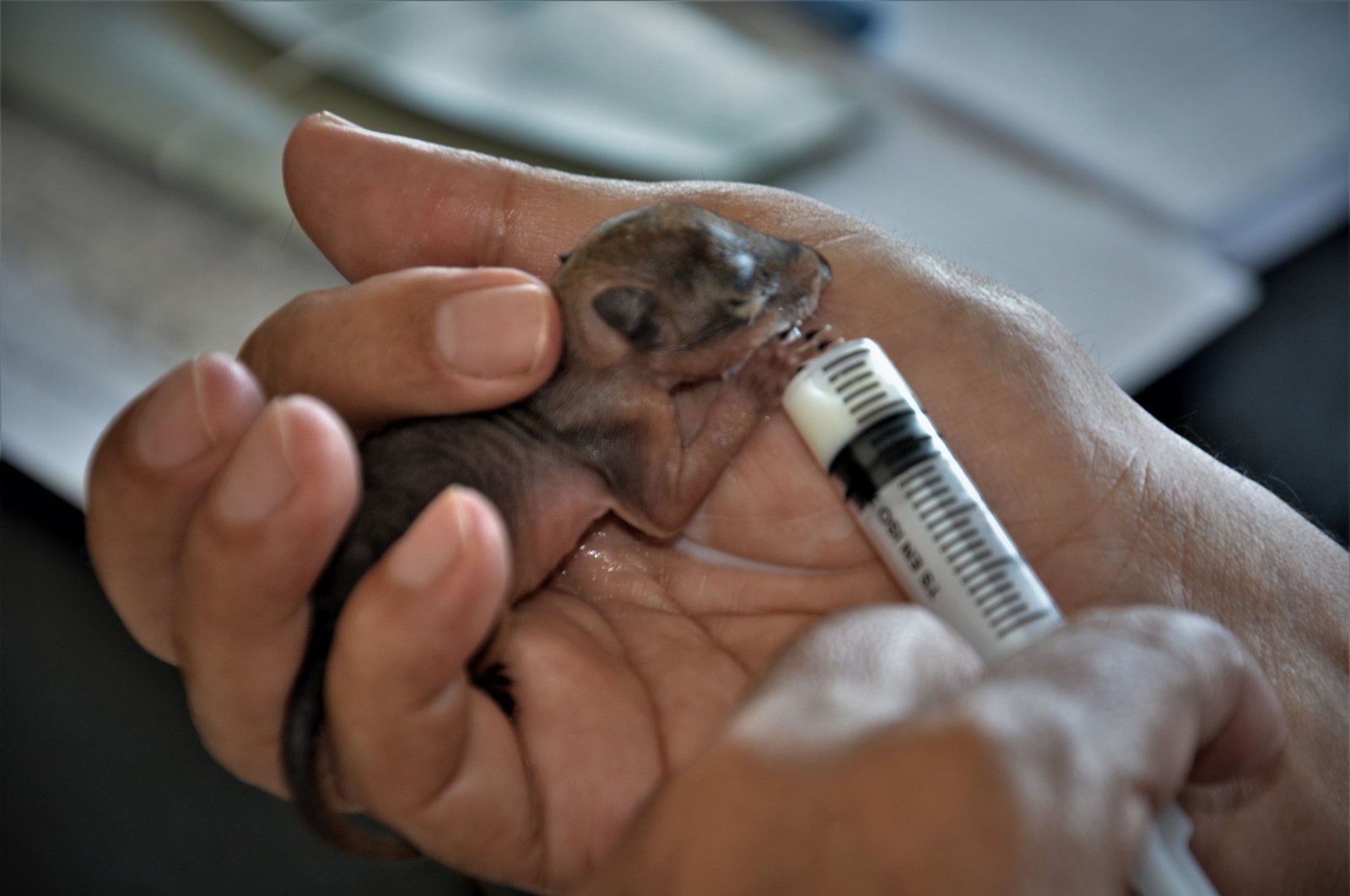 Two squirrels whose mother went missing now enjoy better days in the hands of Zafer Ekinci, the head of a local forestry authority in northern Turkey. The mother of the two squirrels disappeared after she gave birth to them in a nest on the roof of a house in Akçakoca, a district of the northern Turkish province of Düzce. The house’s owner handed them over to the local forestry directorate for care. Zafer Ekinci, head of the directorate, now serves as their foster father. He uses syringes to feed them with milk and makes his room a new nest for the baby squirrels.

“I am trying to act like their mother. They are so tiny that they cannot open their eyes,” Ekinci says. He said he believed their mother was killed by other animals. “These are delicate creatures, and they need better care. I contacted the local national park authorities. They run a rehabilitation center for such animals. I will soon hand them over, and they will be released back into nature after they grow up a little more,” he says.