Fire breaks out on Istanbul's Heybeliada 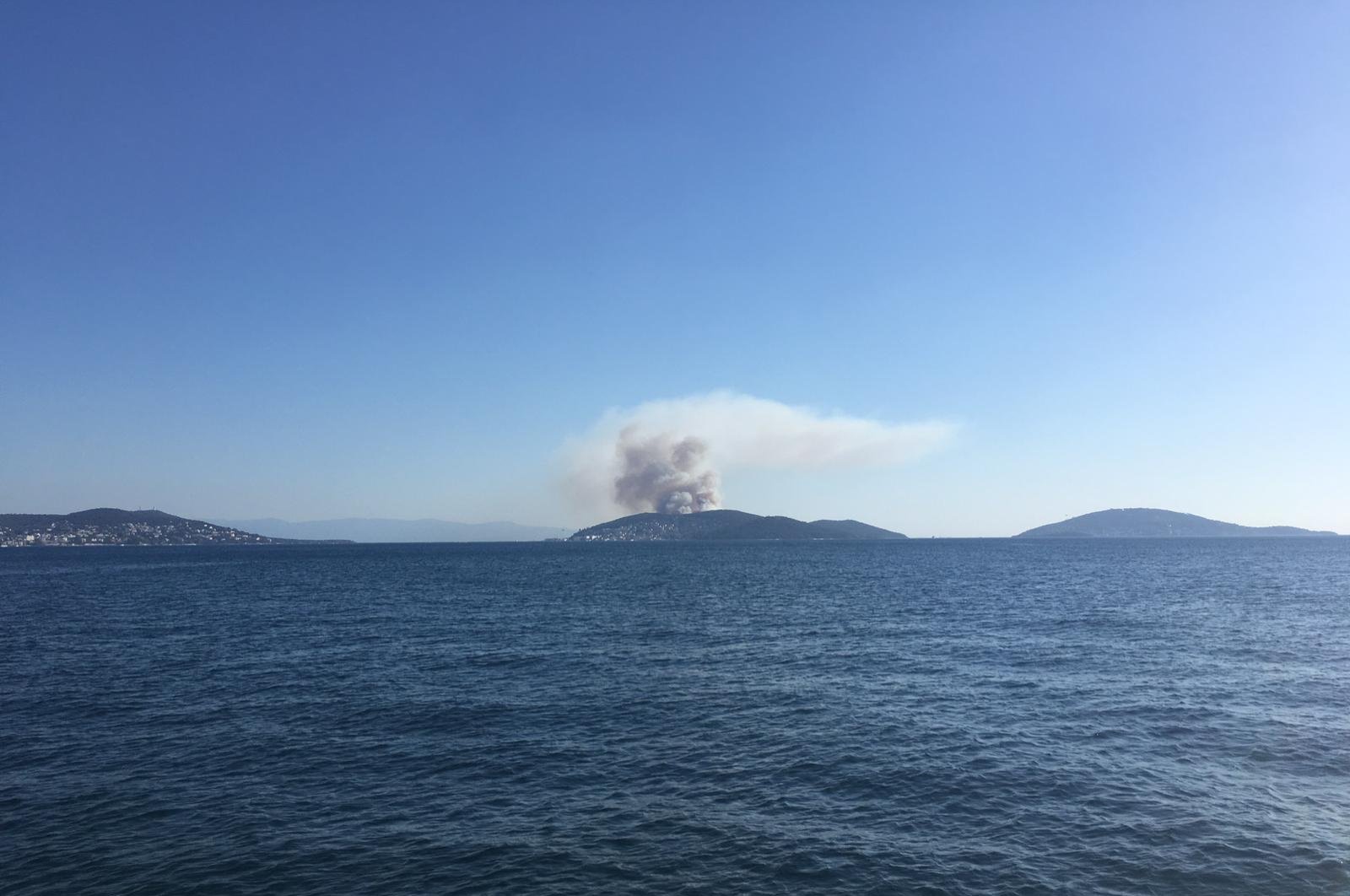 A fire broke out Sunday in two locations on Heybeliada, one of the Princes' Islands off the Marmara coast of Istanbul.

Forestry teams first responded to the fire around 5:30 p.m., noted Yerlikaya. He and Minister of Agriculture and Forestry Bekir Pakdemirli visited the site of the blaze on the island.

At least six helicopters, two planes and 21 water trucks – including 17 from neighboring provinces – were deployed to the region to battle the fire.

Residents with training in fire fighting were also called on by the Adalar Municipality to aid extinguishing efforts.

Flames erupted at two different points in forested areas on Heybeliada, according to local officials. The fire started in a building and quickly spread to the nearby forest, Demirören News Agency (DHA) reported.

Istanbul Governor's Office has said that a comprehensive investigation has been launched to determine the cause of the blaze.

Heybeliada is one of the four Princes' Islands in the Marmara Sea and the second largest among Buyukada, Burgazada and Kınalıada, famed for their natural forests.