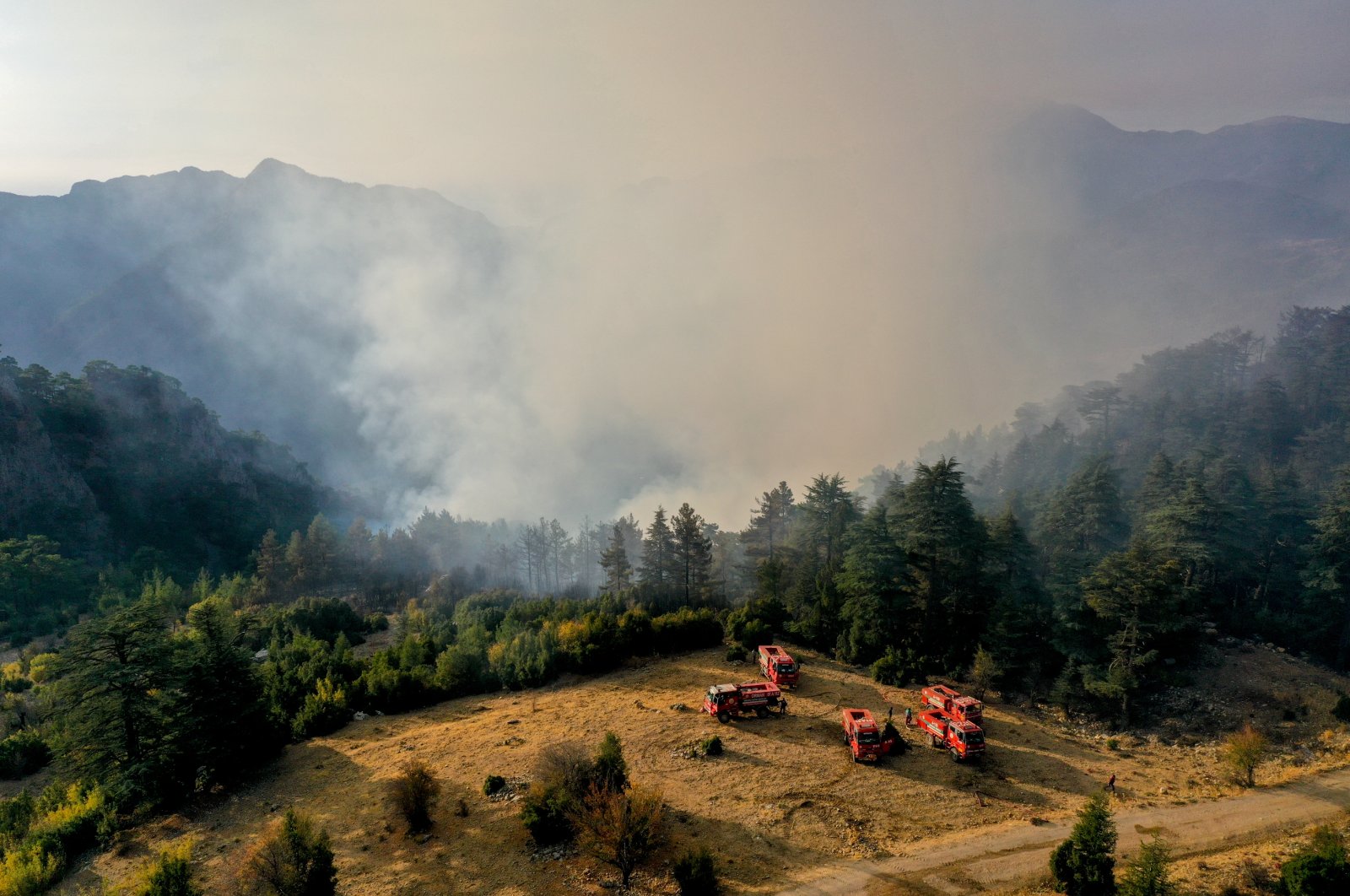 Southern Turkey's coastal regions have been battling an unprecedented number of wildfires throughout the summer, the latest of which broke out in Antalya's Kemer district which fortunately has been brought under control according to authorities.

A fire broke out in the forest area in Göynük Mahallesi, Üçoluk Plateau, Tuesday evening for an undetermined reason. It is believed that a lightning bolt hit the forest during the evening when there was heavy rain in the area.

A large number of forest workers, 13 sprinklers, two dozers and four helicopters with the Antalya Regional Directorate of Forestry, responded to the flames that spread in a short time amid gusty winds.

As a result of the intense intervention of the teams, the fire burning in the steep and rocky area was brought under control.

It was stated that approximately 7 hectares (17 acres) of forest area was damaged in the fire, noted Anadolu Agency (AA).

The crews continue to work on cooling the area affected by the fire.

In the meantime, it was noted that some of the tourists who came to the region for safari had pictures taken on the hill where the smoke was seen.

Semih Esen, mayor of the neighboring Konyaaltı district, said fire crews had been working on the fire since the night.

"Unfortunately, the wind put us at a disadvantage yesterday. With the effect of the wind, the fire started to move towards the Çandır Valley. This could have had dire consequences," Esen said.

"Çandır region is an area where it is not possible to enter by road due to dense forests. The teams, that we were also a part of, worked until the morning to prevent this from happening. We overcame this danger as the wind also changed its direction."

"The fire is under control for now, but the strength of the wind can change the picture in an instant. The danger is not over yet, cooling work continues," Esen stated as quoted by Ihlas News Agency (IHA).

"All of our teams are there. I hope we will be able to share with our citizens the news that it has been extinguished in a short time."