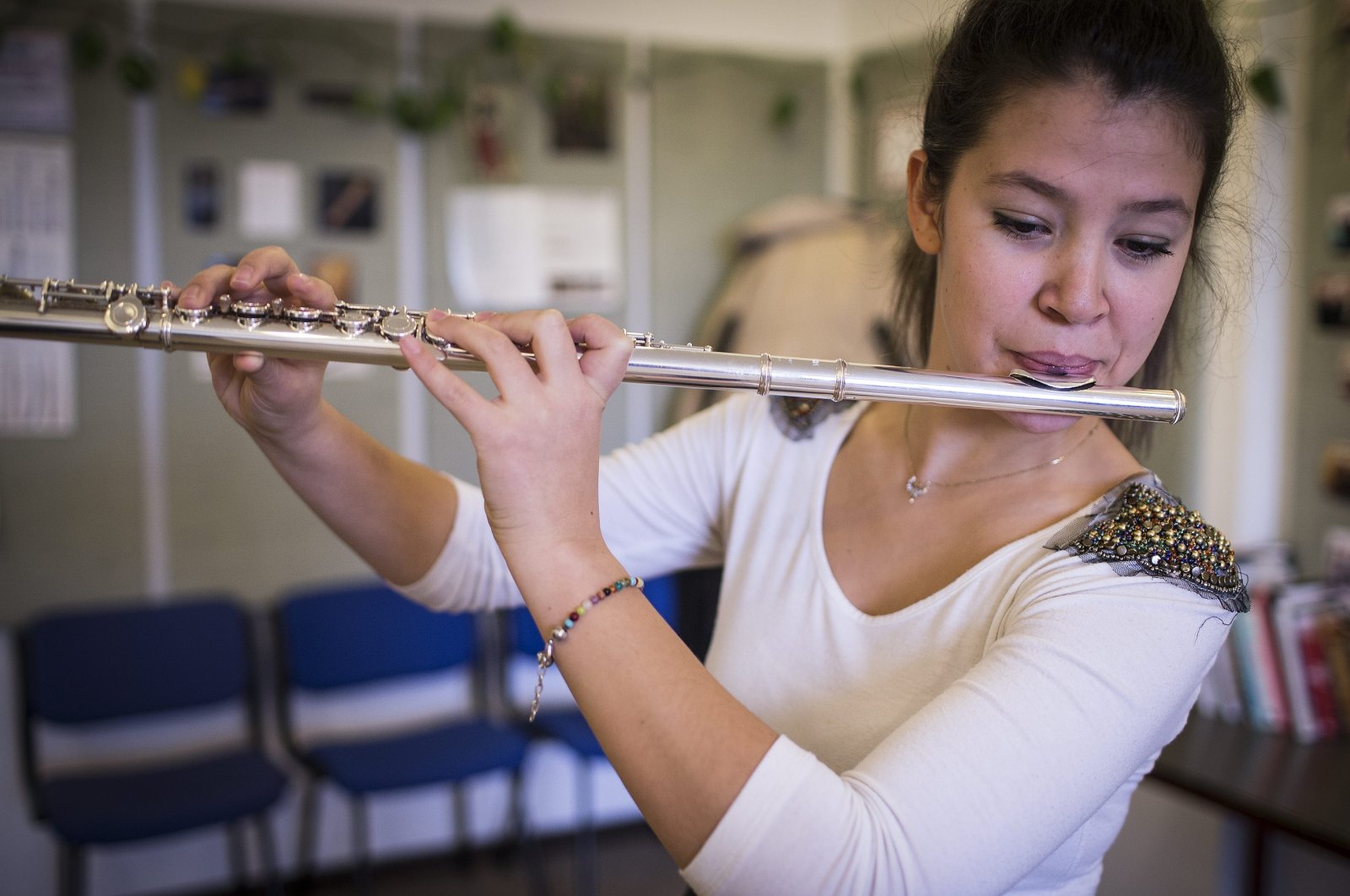 Merve Başoğlu, a young flutist who is studying music in France, credits first lady Emine Erdoğan with her success. It was Erdoğan who gifted a flute to the 24-year-old Başoğlu who was raised in a government-run shelter for children under state protection.

She is proud of being the only Turk at a prestigious music academy in Strasbourg, France. “Only three people were admitted to the master’s degree program, and I hope to represent my country in the best way. I hope to inspire other children living under state protection,” she said.

The musician says she began to dream of playing the flute when she saw her primary school teacher playing it. She was studying at Turkey’s Bilkent University when she was accepted to the Conservatory of Nice in France. Her outstanding success landed a scholarship for Başoğlu, and upon hearing of her success, the first lady gifted her a better flute of international standards to help her advance her studies. “I felt I now had a responsibility and labored to improve my skills. To have Mrs. Erdoğan behind me like a mother, makes me feel I am in safe hands,” she says.

Başoğlu, who has been studying in France since 2017, won titles in international music events since then, including winning Fluttissimo Nice Festival. Recently, she was also selected as a semifinalist in the International Eugeniusz Towarnicki Flute Competition held in Poland in February.