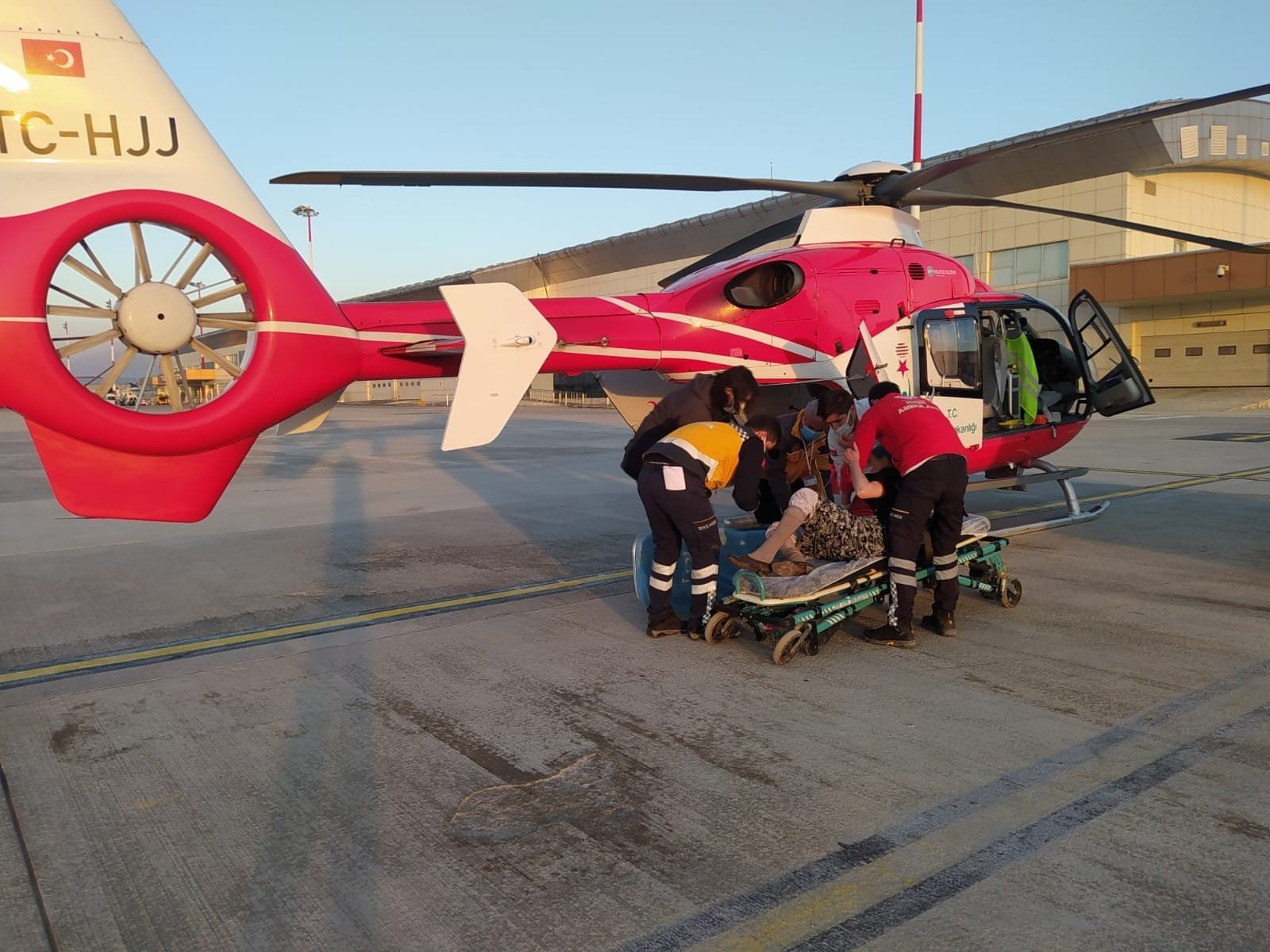 Turkey's fleet of Ambulance helicopters has proved immensely helpful, especially for reaching remote areas, since they were first introduced in 2008.

Flexibility distinguishes helicopters from other forms of air ambulance as they have more options for landing spots. Helicopters are especially useful in responding to cases in spots where traditional ambulances cannot reach in time due to rough terrain. Since 2008, they airlifted 34,759 patients to hospitals across the country.

Flying medical crews are mainly tasked with responding to patients suffering from life-threatening traumas, traffic accidents and for airlifting newborns in need of emergency surgeries. Currently, 17 ambulance helicopters serve in 17 provinces of the country.

Gülcihan Yurtsever, a doctor working in an ambulance helicopter team in the capital Ankara, says she is proud to serve the public. "The only challenge we often face is finding a proper landing spot. Our work does not involve remote, inaccessible areas only. We can respond faster to cases that require the patient to be immediately transported to a hospital."

"Ambulance helicopters are also useful in disaster response and transportation of organ transplants," Yurtsever told Ihlas News Agency (IHA) on Monday. Other tasks they serve include transportation of vaccines that require cold storage conditions. Some are equipped with special medical units used for the transportation of sick infants and newborns. The service is free for all patients.

Hasret Ceren Eken, an emergency medical technician (EMT) working in an ambulance helicopter, has been flying since 2017. "It is an honorable profession, to be able to help people on this thin line between life and death," she says.

Mithat Gürlek, a veteran pilot, has been flying an ambulance helicopter since 2014. "I've worked in (eastern province) Van, in Istanbul and now work in Ankara. I always dreamed of being a pilot and now happier to be able to help people while doing my job," he says.