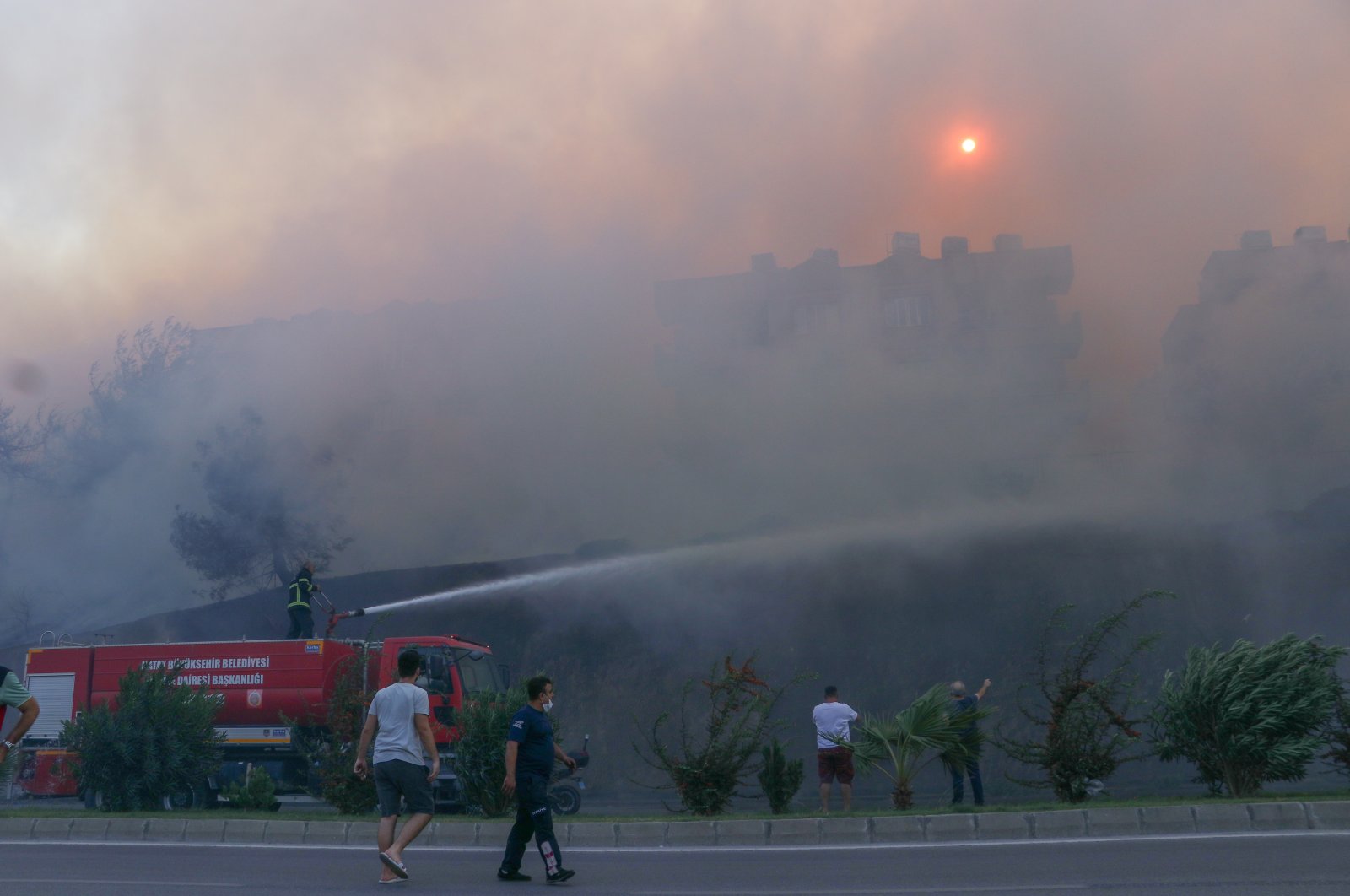 Firefighters are battling a sprawling forest fire that erupted in Belen in Turkey's southern province of Hatay on Friday. The flames soon spread to other districts of the province bordering with Syria, including the port district Iskenderun and Arsuz.

The fire led to closures of roads connecting Belen to two districts, while the Hatay governorate announced that residential areas under risk were being evacuated.

Teams of firefighting crews from Kahramanmaraş, a province closer to Belen than central parts of Hatay, were also deployed in the area. In a few hours, flames reached two neighborhoods in Iskenderun before making their way to Arsuz. A vast area used as a customs warehouse was also damaged in the fire, while locals rushed to the aid of embattled firefighters.

The governorate said that the fire, which broke out at around 10 a.m., stemmed from a blast at a substation in the neighborhood of Sarımazı in Belen and quickly spread due to strong winds in the area.

Speaking to broadcaster NTV, Belen Mayor Ibrahim Gül said he suspected “sabotage” as the cause of the fire.

A few hours after the fire, another forest fire broke out in Syria’s Latakia, in an area close to Hatay’s Yayladağı district. Firefighters were deployed near the border as a precaution against flames to spread to the Turkish side. The fire erupted about a kilometer away from the border.