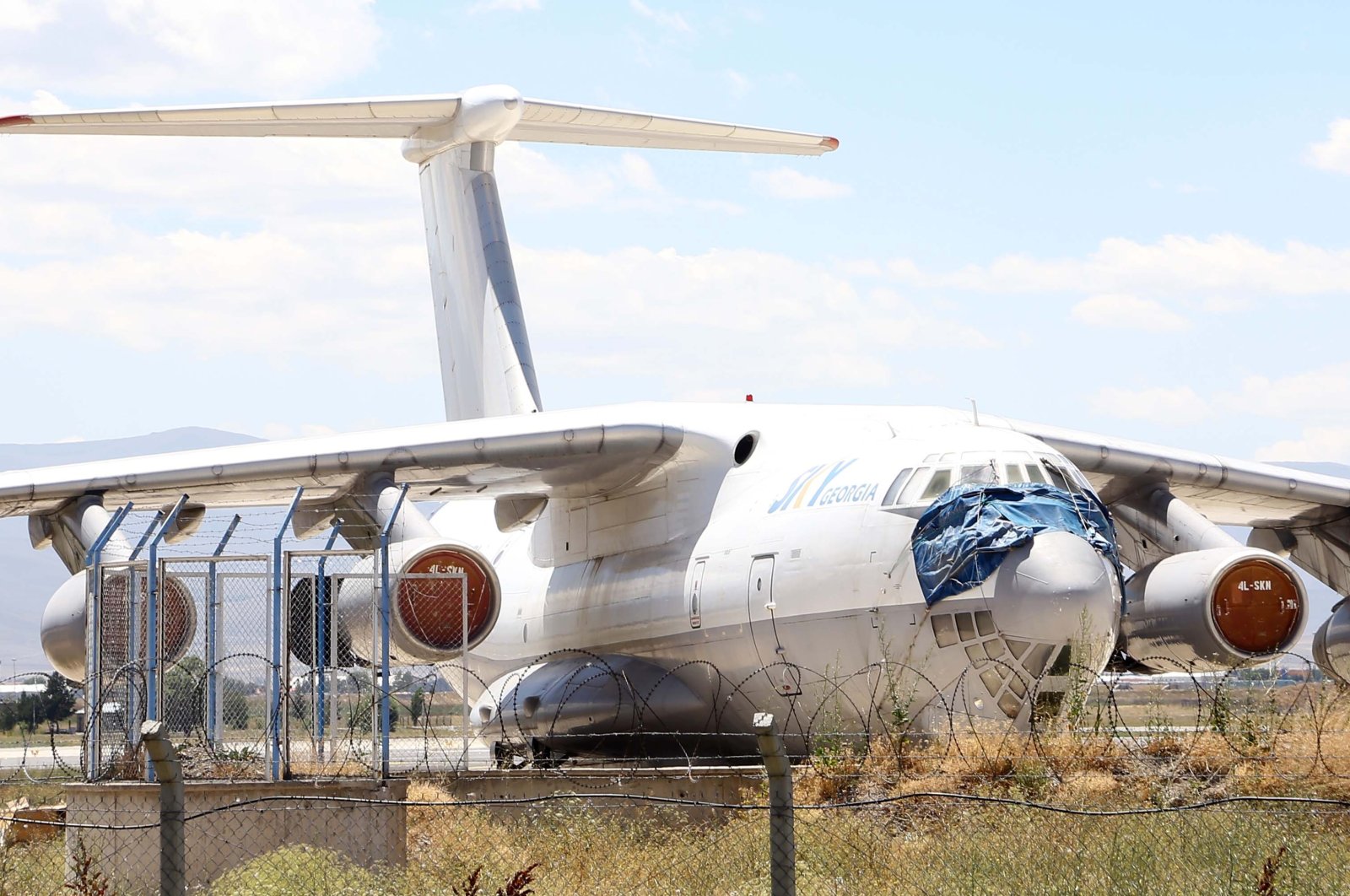 The eastern Turkish province of Van recovered from a devastating earthquake in 2011, but the fate of an aid plane flown from Georgia to help survivors remains unclear.

An Il-76TD aircraft belonging to the Sky Georgia airline landed at an airport in the eastern province of Erzurum nine years ago and has remained stranded there ever since after its cockpit sustained damage.

The plane was carrying tents for survivors when it landed at the airport nearest to the earthquake zone in October 2011.

After it unloaded its cargo, the plane attempted to take off but crashed into the wing of another plane from Kyrgyzstan. It was taxied to a corner of the airport for repairs and authorities contacted its owner.

Yet, no response came in nine years as the owner had problems with the insurance company. Officials say the owner would normally have had to pay more than 1.2 million euros (TL 10.31 million) for parking at the airport, but its status as a humanitarian aid plane allowed it to be exempt from the fees.