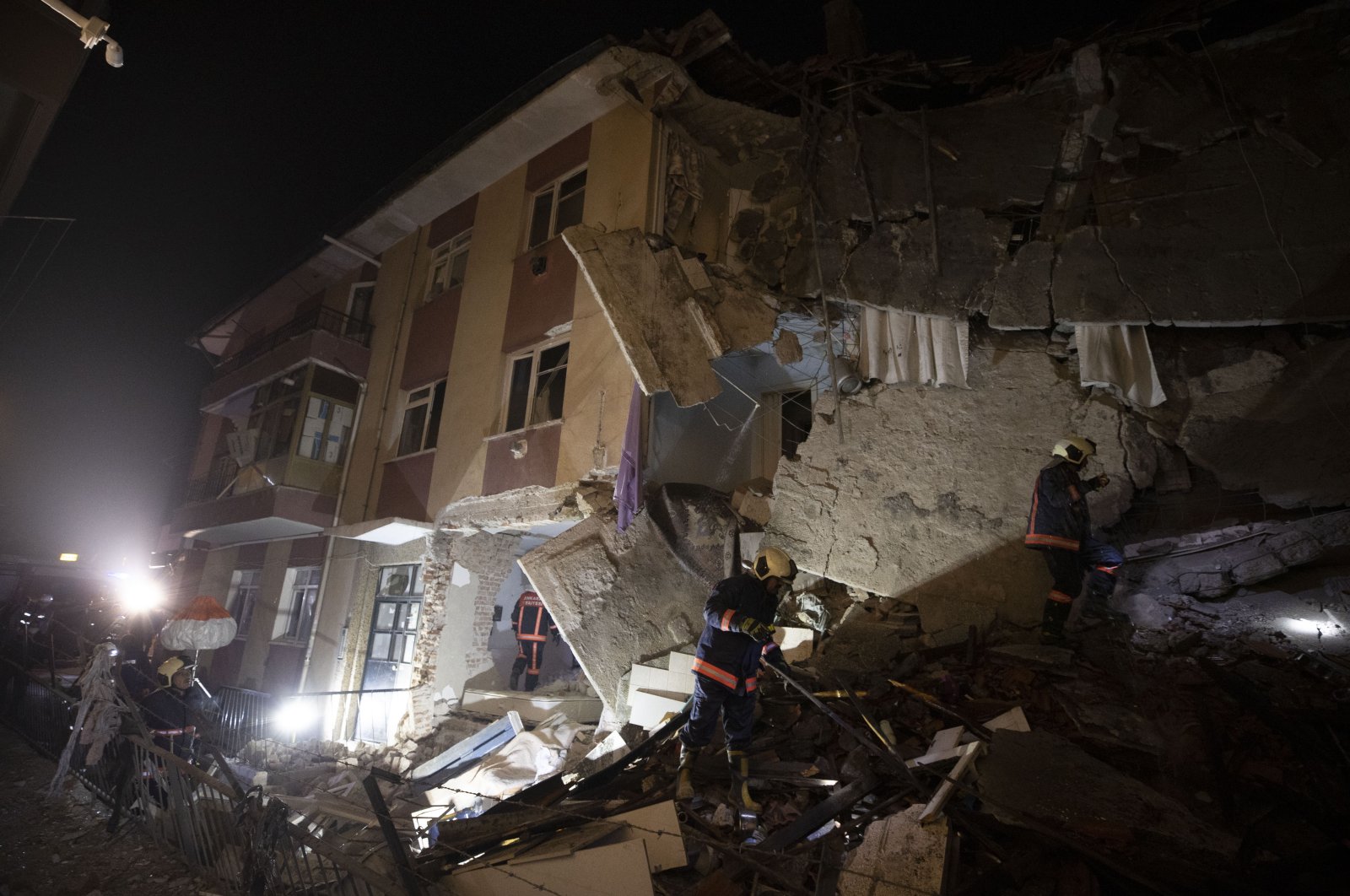 Two people were killed and four others were injured in an explosion in a building in the capital Ankara early Friday. The explosion was caused by a gas cylinder used for cooking, officials announced.

Two people killed are identified as Muhammed Kahtan, 35, and his 2-year-old daughter Melek. His 5-year-old son and pregnant wife were pulled out from the rubble alive and taken to the hospital. Anadolu Agency (AA) reported that Kahtan moved to Turkey five years ago and was working at a car repair shop.

Yasin Murat, one of the building tenants, said it felt "like an earthquake." "I heard something collapse and heard people screaming from outside. I saw police calling us to leave the building. Windows were broken but there was no other damage in our flat. I tried to leave the flat but the door was stuck. Firefighters had to break it and rescued my family and me," he said.

The strong explosion brought down a big chunk of the three-story building in the city's Keçiören district. Ambulances and search and rescue crews rushed to the scene. The search and rescue teams rummaged through the rubble for hours on Friday morning.

Speaking to reporters at the scene, Ankara Governor Vasip Şahin said that the explosion took place as a result of LPG entrapment and a detailed statement would be issued later after necessary analysis. Ankara Mayor Mansur Yavaş told reporters later on Friday that it was confirmed the explosion was the result of a gas cylinder blowing up. He said that although natural gas was available in the building, there was no natural gas connection in the flat. Crews were sent to demolish the building hours after the survivors and dead victims were removed as the explosion rendered it uninhabitable.

According to media reports, the explosion occurred simultaneously in the kitchens of all flats in the building.