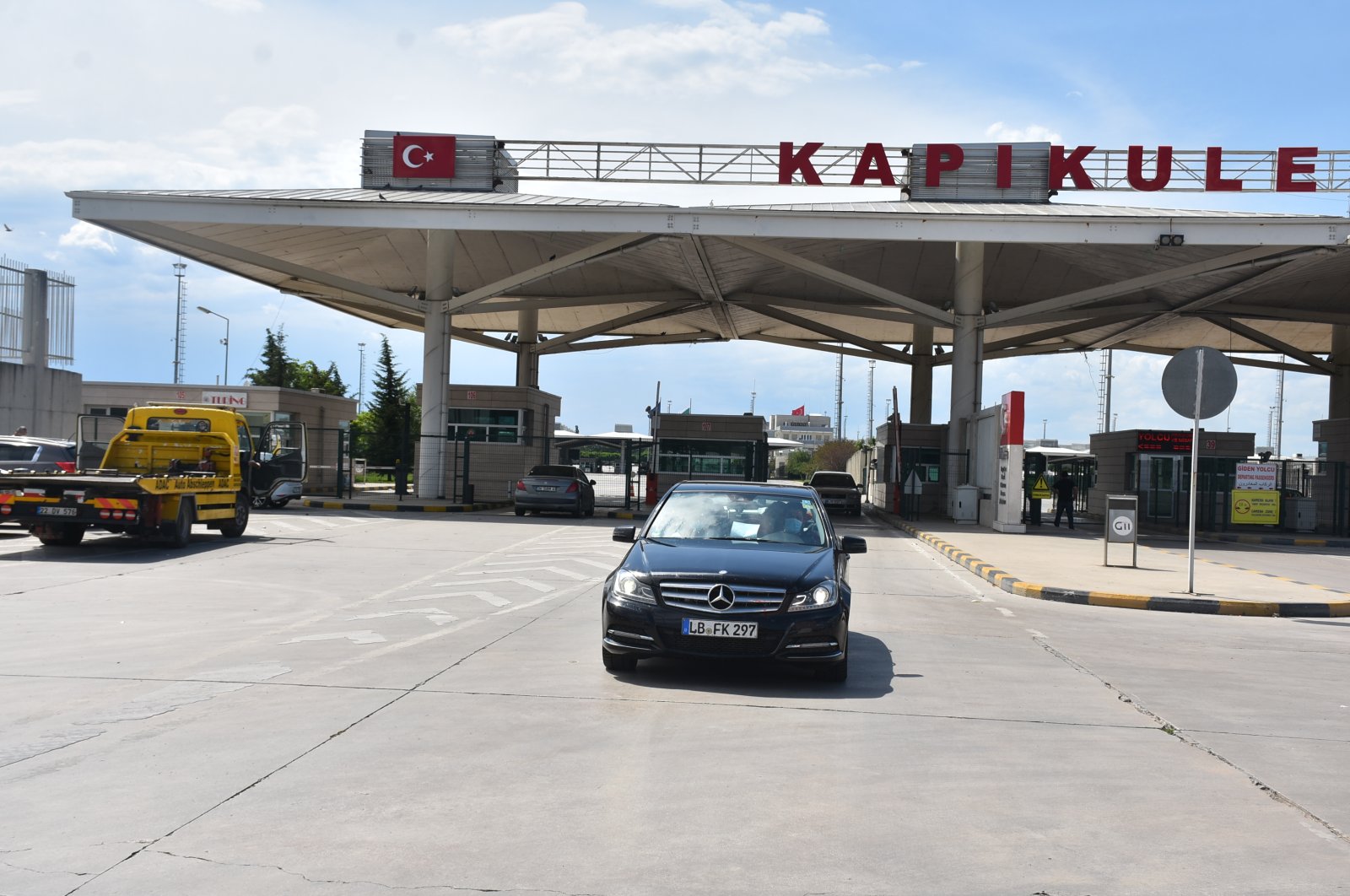 Just as they were packing up for a summer in Turkey, thousands of Turkish expatriates living in Germany found their travel plans disrupted due to restrictions.

Germany’s decision to classify Turkey as risky for travel due to COVID-19 cases drew the ire of expats from the country's largest migrant community.

Remzi Gündüz, who arrived in Turkey via land before the decision was announced, says the decision purely aims to prevent Turks from traveling to their homeland.

"They allow us to go to other countries like Italy. Turkey is much better than Italy or Spain in terms of coronavirus cases. I think Germany wants to deal a blow to Turkish tourism," Gündüz, who crossed into Turkey through the Kapıkule Border Crossing on Sunday told Demirören News Agency (DHA).

Gündüz and others managed to get into Turkey but they may be mandated to spend 14 days in quarantine upon return, though four out of 16 German states scrapped the decision.

Murat Şaban said he was anxious before hitting the road upon hearing the decision but was assured by the authorities. "I hope quarantine decision will be lifted all across Germany," he said.

Turkish authorities have described the decision as "disappointing" and have called on Berlin to change its stance. Foreign Minister Mevlüt Çavuşoğlu said Saturday that there was no "scientific reason" behind the travel warning against Turkey.

Turkey is the third most popular holiday destination for Germans after Spain and Italy. In 2019, Turkey hosted more than 5 million visitors from Germany, an 11.4% year-on-year increase, according to government data.

Germany has a travel warning in place until Aug. 31 for more than 160 countries outside the EU.

The German government, along with 130 other countries, also classified Turkey as a coronavirus risk area last Monday.

With restrictions put in place to slow the coronavirus outbreak easing globally, homesick Turks living in Europe have hit the road again to spend their holidays in their home country.

The traditional journey takes Turks, particularly from Germany, through multiple European countries to Edirne, a northwestern city located on Turkey's border with Greece.

About 6 million Turkish citizens live in European countries. As a result of labor agreements signed with various European countries in the 1960s, Europe has seen a flow of workers from Turkey. Germany currently hosts the largest number of Turkish immigrants, mostly descendants of the "guest workers."

Gökay Sofuoğlu, head of the Turkish Community in Germany association, told German media outlets on Sunday that "millions of Turkish-born citizens wanted to visit their relatives in Turkey but they faced uncertainty."

"We are receiving more and more inquiries about whether there is an active ban on going to Turkey," he said. Sofuoğlu says 14-day quarantines for returnees from Turkey make it difficult both for expatriates and holiday-goers. "After returning from vacation, people have to go back to work immediately," he noted. He said the German government should not use the travel warning to Turkey as political leverage. "Travel to Turkey should only depend on the COVID-19 cases and should not be used by politicians," he warned.