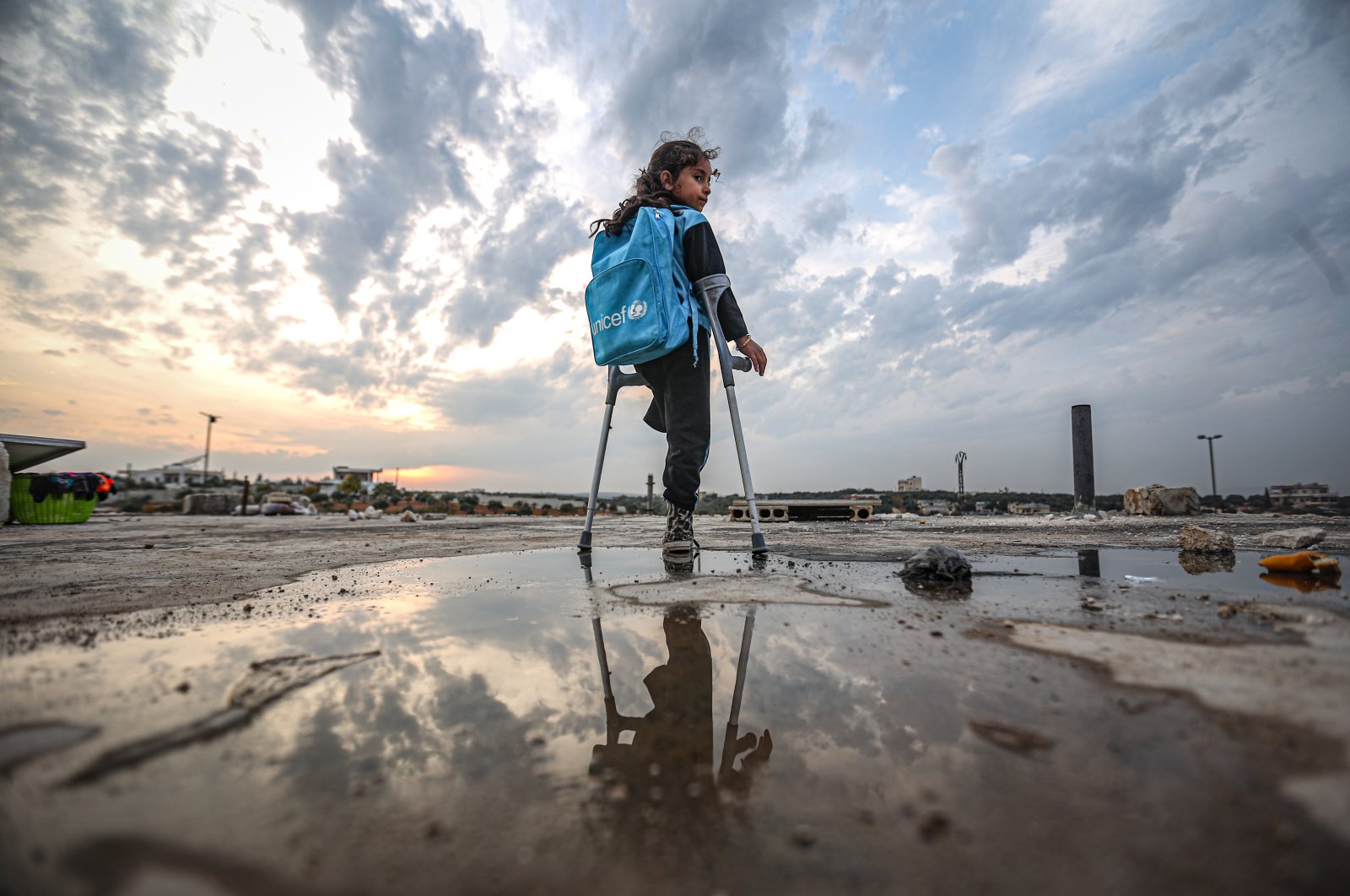 Fatima Nasouh has not given up on life after she lost a leg in an airstrike by regime forces in Syria. The 8-year-old girl from Idlib in northwestern Syria, whose determination to go to school on one leg captivated hearts, will now receive a prosthetic transplant, courtesy of a Turkish charity.

Nasouh was only 3 years old when she accompanied her mother and brother to a marketplace in their hometown Aleppo. An airstrike by Russian warplanes struck the place, killing a large number of civilians. When she woke up at a hospital hours later, she had lost one leg and her 2-year-old brother had died.

When airstrikes did not stop, the family resettled in Idlib about two years ago where they tried to carve out a new life for themselves. With a sick father who cannot work and a mother of five taking care of her children, the family lives in poverty.

But Fatima is not daunted by her troubles and is eager to complete her education, despite having to walk 3 kilometers (1.9 miles) on a muddy stretch of road to school every day on crutches. “I want to make legs for children like me when I grow up if I can be a children’s doctor,” she told Anadolu Agency (AA) on Sunday.

This dream can come true thanks to the Turkey-based Humanitarian Aid Foundation (IHH) and Kuwait-based charity Zakat House which reached out to Fatima. The young girl was brought to a rehabilitation and prosthetic transplant center set up by the two charities and the Alliance of International Doctors (AID) for ongoing conflict victims in Idlib’s Sarmada town on Thursday. For 15 days, she will undergo an exercise program to see if she is fit for a transplant. If found suitable, she will get a prosthetic leg and will be able to walk without crutches again.