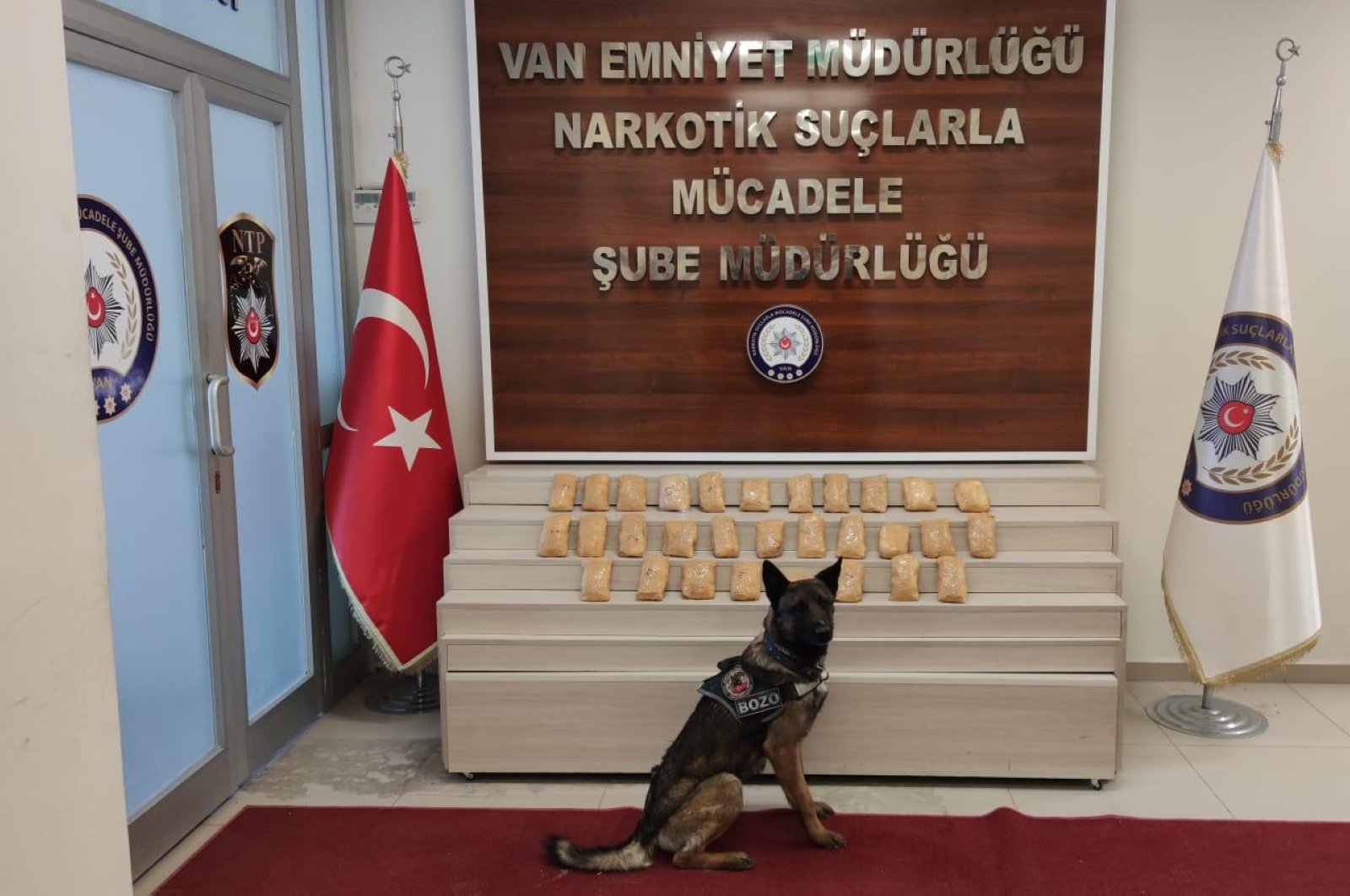 Counter-narcotics police in the eastern province of Van seized nearly 8 kilograms (17.6 pounds) of methamphetamine in a truck on Friday. Police stopped the suspicious vehicle in the Edremit district and a search with the aid of a sniffer dog revealed the drugs. Drugs were found in 30 packs hidden in a secret cache of the truck. The truck’s driver was arrested.

Turkey has been consistently ramping up its war against drugs. In 2014, the Turkish government launched "The Rapid Action Plan against Drugs" to counter drug use and smuggling on multiple fronts. Efforts include outreach to addicts with rehabilitation and awareness campaigns and operations targeting smugglers and small-time dealers carried out by newly formed "narco teams." These operations especially focus on areas near schools and other places frequented by young people, the most vulnerable targets for drug peddlers.

In last year's operations, 18.5 tons of heroin, 80.7 tons of cannabis and "skunk" (a genetically modified or hybrid strain of cannabis) and 1.5 tons of cocaine were seized. Police also confiscated 566 kilograms of methamphetamine and more than 1.2 tons of a cheap synthetic cannabinoid known as "bonzai." Authorities also seized 8.9 million ecstasy pills and 22.7 million Captagon pills in nationwide counter-narcotics operations.

The country also introduced larger rewards for people offering tips on narcotics last month. According to the new regulations published in the Official Gazette, people providing tips on production or mass distribution of drugs will be awarded up to TL 500,000 ($76,741), depending on the number of narcotics seized. Information leading to the seizure of heroin and cocaine will be paid the highest at TL 60,000 per kilogram, while marijuana will fetch a reward of TL 15,000. The regulations, however, require an "owner" — a suspect linked with the drugs — to be caught as well, for informants to be paid the full amount. Informants of unattended drugs or seizures without any suspects will receive one-fifth of the reward.