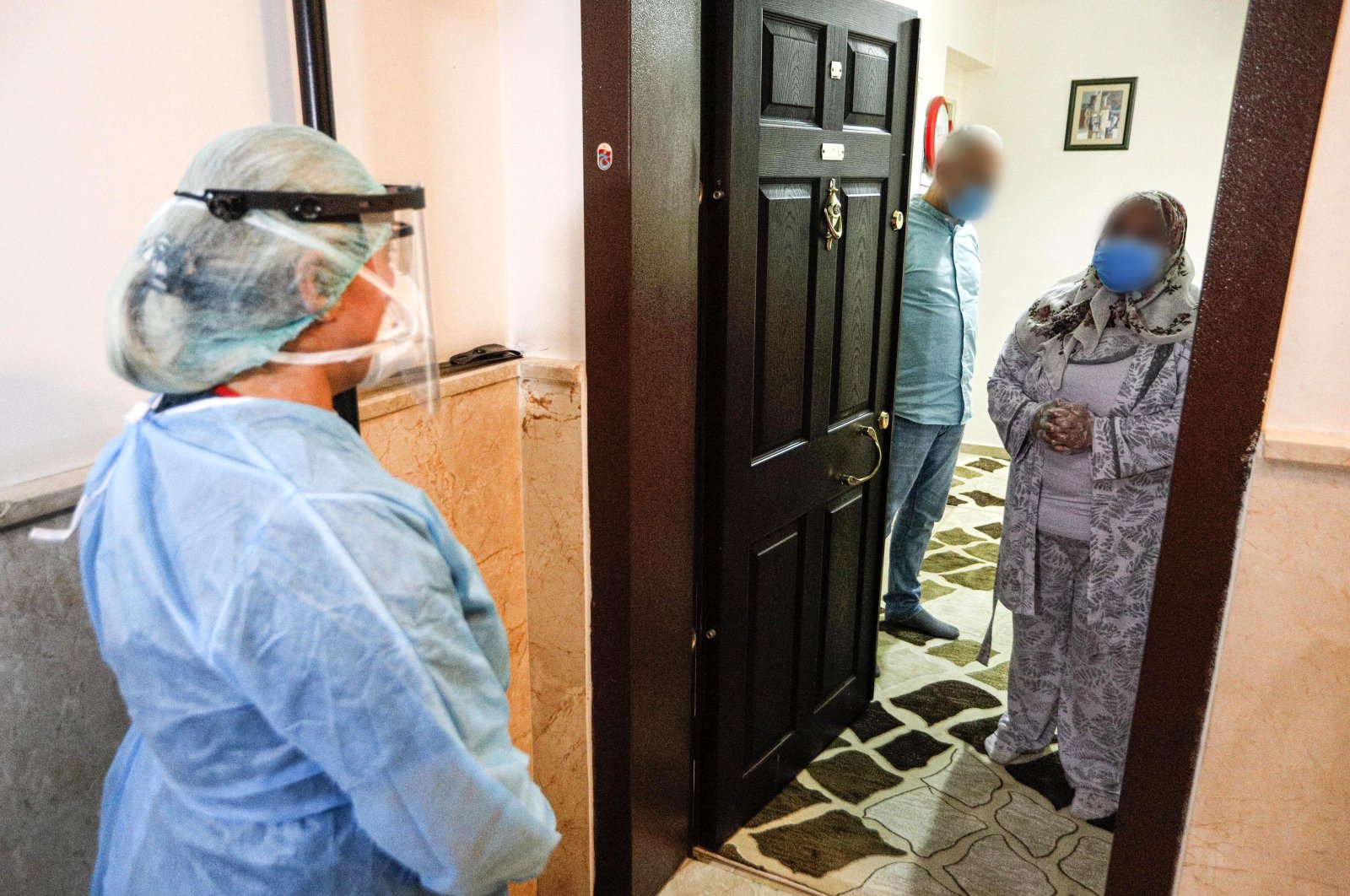 As the number of coronavirus patients mounted, Turkey mobilized its resources to respond to the growing crisis. It sped up the construction of hospitals and quickly built new ones. Thus, it managed to decrease the occupancy rate of beds in hospitals. In the later stages of the pandemic, which made its foray into the country in March, Turkey turned to boosting its home care services for patients.

Professor Rahmet Güner, a member of the Health Ministry’s Coronavirus Scientific Advisory Board, said diagnosis and treatment services at home helped hospitals cope with an increasing number of patients.

The Health Ministry’s contact tracing teams, which are credited for early detection of potential patients, play a key role in home care services. Health care workers supply medicine to patients with less severe forms of the disease and isolate them at home while doctors regularly check their health condition.

Güner, who also works at the infectious disease unit of Ankara City Hospital in the capital, said health care workers’ efforts helped Turkey to be more efficient against the pandemic. “Contact tracing work especially in the last month where we see a surge in the number of patients and home care services significantly helped the hospitals. Home care and contact tracing is not an easy task. In Ankara alone, some 850 teams work day and night to reach the patients,” she told Demirören News Agency (DHA) on Friday. She gave an example of a relative who “tested positive at 7:30 p.m. and started treatment at home at 9 p.m. the same day.”

The Health Ministry’s comprehensive guidelines also prepared health care workers for a better fight against the pandemic, she underlined. “We knew how to treat and isolate patients since Day One, and a medicine supply chain was established. In the end, no patients were left without medicine, and despite the increasing number of patients, the health care sector did not suffer,” Güner added.

Turkey has recorded 66 deaths and 1,693 new coronavirus patients over the past 24 hours, the Health Ministry announced Thursday. According to Health Ministry data, more than 116,000 coronavirus tests were carried out across the country in the past 24 hours. Turkey has conducted more than 12 million COVID-19 tests since the outbreak began in the country. With Thursday's numbers, Turkey's total death toll from COVID-19 rose to 9,080, while the total number of patients stood at 342,143. Meanwhile, the number of recoveries also increased to 299,679 with 1,311 patients declared healthy.

After going through the worst of the outbreak and managing to lower the number of daily cases below 1,000, Turkey has been witnessing a resurgence in new infections.

In an effort to halt the steadily rising infection rates, the government introduced several measures. It made wearing masks outside mandatory across all provinces while weekly nationwide inspections are being held to detect violations. Citizens not wearing masks and businesses ignoring social distancing rules are subject to fines.

NO CHAIN OF INFECTION

Health Minister Fahrettin Koca says Turkey managed to suppress the outbreak and recorded an obvious decline in the number of patients, but in recent weeks, there has been another rise in some cities, especially in Istanbul and the northwestern province of Bursa. Koca was speaking in the eastern province of Erzurum on Friday which he visited as part of a nationwide tour to monitor the course of the outbreak and fight against it.

He said the number of patients dropped by 60% in Erzurum compared to last month and he believed cases would drop further within 10 days if people continue heeding the warnings and measures. “We managed to take the outbreak under control in Erzurum where the pandemic peaked from late August to mid-September,” he told reporters.

Koca called on the public not to neglect measures after seeing occasional declines in the number of patients. “Let’s not remove our masks and not neglect washing our hands. We see the number of patients is stable in provinces complying with measures,” he said. Koca noted that Turkey managed to break the chain of infection and was one of the few countries in the world successfully applying contact tracing practices. “Contact tracing eliminates the potential of infection from patients and potential patients. Apart from patients, we isolate the contacts of asymptomatic carriers, further expanding the circle of protection. We closely monitor anyone at risk by recording them in our databases, regardless of their condition, be it a symptomatic carrier or people they came into contact with,” he said.

Referring to the health care systems of developed countries, he explained how from time to time their systems were not sufficient. "But we were able to supply all kinds of masks, medicine and respirators through our local manufacturers since the first day (of the outbreak). As we met our needs within the country, we (also) gave a helping hand to more than 150 countries in these troubled days," he added.

Turkey, through renewed and expanded capacities, particularly in city hospitals, met the needs of the public during the pandemic period, Koca noted, adding that the country, unlike many countries, did not witness the upsetting scenes of overburdened health care centers and hospitals.