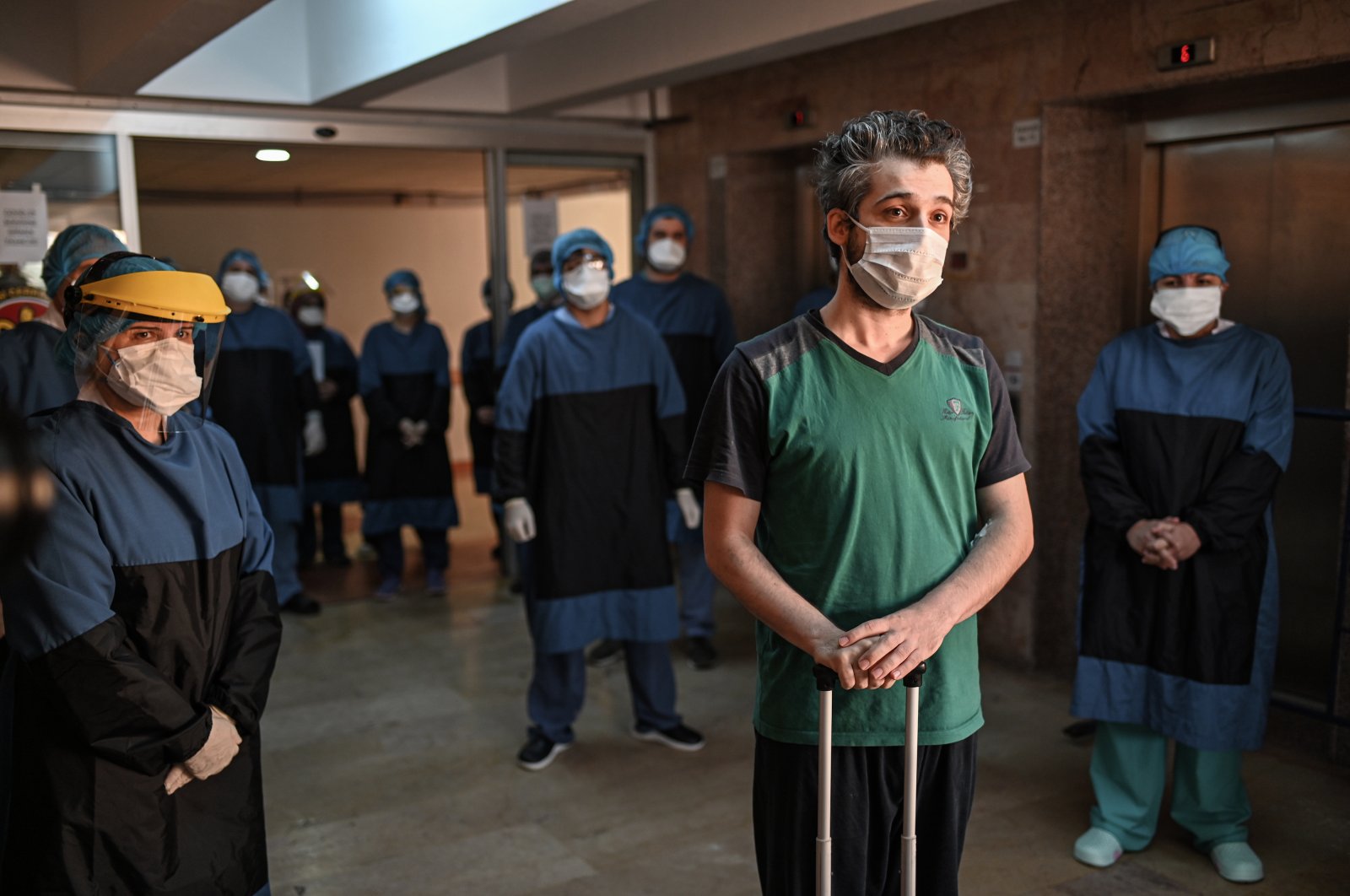 Experts at Turkey’s Coronavirus Science Board voiced optimism after the rate of infection of the coronavirus in the county fell by over a third from 15% to 9% in the past week, despite rising test numbers, with recoveries surging by more than threefold.

According to Health Ministry data, as of Sunday, 598,933 tests have been conducted since March 10 – the beginning of the outbreak in Turkey – and 82,329 patients have been diagnosed with COVID-19. Since then, 1,890 people have died, while 10,453 patients have recovered.

On April 11, when the highest number of daily cases were detected, which was recorded as 1.85%.

Health care professionals are testing more people for COVID-19 by the day to identify and isolate positive cases. At the beginning of the outbreak, tests were only conducted on those who came from abroad or who had been in contact with such individuals. Later, with the decision of Turkey's Coronavirus Scientific Advisory Board, health staff also began testing people who showed symptoms of the coronavirus. At the current stage, coronavirus tests are conducted for any who has been in contact with a confirmed case.

Testing for the coronavirus is offered free of charge at hospitals affiliated with the Health Ministry, as well as hospitals, universities and laboratories the ministry authorizes. As of March 19, when testing data was first disclosed, 1,981 people had undergone diagnostic tests. By the next day, this had increased to 3,656, reaching 9,882 in 10 days and 15,442 by the end of March. By April 18, the number of daily tests conducted had reached a record 40,520. In total, 598,933 tests had been conducted by Saturday.

In Turkey, COVID-19 has been detected in 13.74% of people tested. In addition, despite the increase in the number of tests over the last week, the daily number of confirmed cases has decreased.

The falling incidence rate is seen as an indication that the virus is under control and that people are complying with the measures against the virus' spread.

The number of people discharged after being treated for COVID-19 in hospitals in Turkey is continually rising.

Turkey's Health Minister Fahrettin Koca first announced on March 25 that 26 people, including two patients aged 60 and 65, were discharged from hospitals.

According to figures released by the ministry, the number of recovered patients has been increasing exponentially.

In the last week, the number of people who recovered tripled from 542 to 1,822. The total number of recoveries increased to 10,453.

Among all coronavirus patients, 1,894 are being treated under intensive care and 1,054 have been intubated.

Based on the total number of cases, the rate of intensive care patients in the past week decreased from 3.11% to 2.3%, and the proportion of intubated patients decreased from 1.95% to 1.28%.

Speaking to Turkish daily Milliyet, microbiologist Alpay Azap, who is also on the Coronavirus Science Board, said the latest figures were a source of hope for Turkey’s fight against the outbreak, but he still urged caution.

“The resulting figures have raised all of our hopes. The infection rate has slowed down. If precautions are kept up, good days await us,” Azap said.

Explaining that the sixth and the eight weeks of the pandemic were the most critical ones, Azap said case numbers were expected to fall two weeks from now.

“There is a decrease in intubated patients and patients in intensive care units. We need to continue to be cautious. The slightest let up could lead to a second wave of infections. I can’t stress this enough. If we continue to follow the measures, we will see an even better picture. Good days are ahead of us,” Azap said.

Another member of the Coronavirus Science Board said the curfew placed on Turkey’s major cities played a key role in curbing new infections.

“We are seeing the results of last weekend’s curfew now. We are doing better, but we can’t relax just yet. Staying at home works. A relaxation of measures can lead to a new wave of infections. The health care systems of the U.S. and Europe have fallen apart," professor Tevfik Özlü said.

He added that in Turkey, however, "we didn’t have any patients that were left out. If our citizens practice social distancing, we will see the bright days soon." This weekend, Turkey imposed its second weekly stay-at-home order after the country's first 48-hour curfew was implemented on April 11-12.

In addition to the curfew, the government also imposed restrictions for entry and exit by land, air and sea to 30 metropolitan municipalities and northern Zonguldak province to curb the spread of the virus.