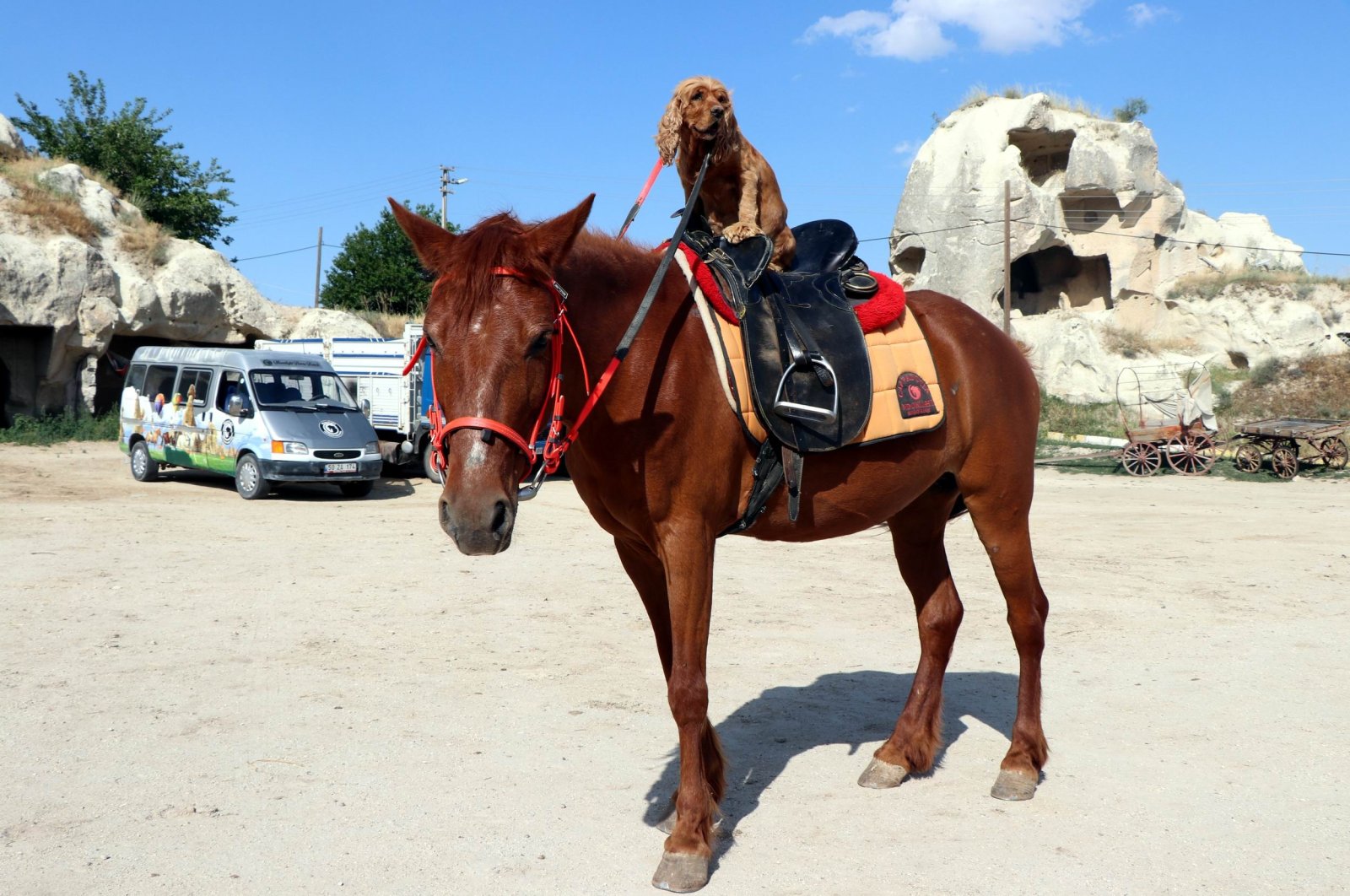 Altıntaş, who has worked on a horse farm for 11 years, taught his little canine friend to ride a horse, and the dog now demonstrates his abilities to tourists visiting the region.

“Boncuk came to us when he was 4, and we have been living together for 10 years. Because he loves horses, I taught him to ride horses,” the tour guide said.

“Boncuk can stand on a horse even without a saddle, which is difficult for people," Altıntaş said. He also noted that the harmony between Boncuk and the horses is great.