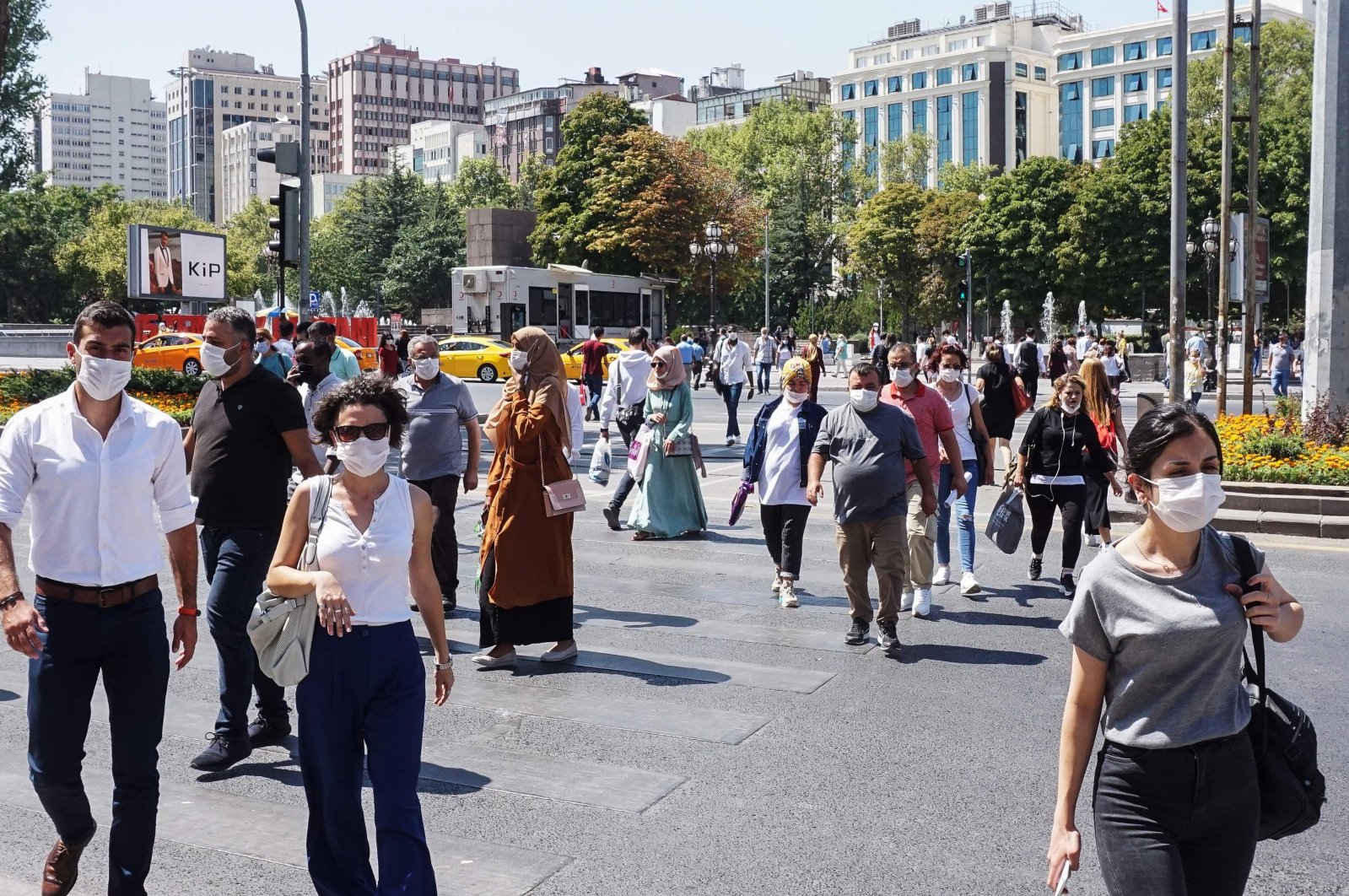 Volunteers will start a trial of two vaccines against coronavirus including one from China and one jointly developed by Germany and the United States, in September, a member of Turkey’s pandemic task force says

With no time to lose in the fight against the coronavirus outbreak, Turkey is involved in international efforts to develop a vaccine. Professor Serap Şimşek Yavuz, a member of the Health Ministry’s Coronavirus Scientific Advisory Board, said two vaccines under development will have their Phase 3 human trials in 10 centers across Turkey in September.

They include a vaccine developed by China and another one jointly developed by Germany and the United States while Turkey itself hopes to wrap up the work on its own locally developed vaccine.

Authorities last week have announced that they were in talks with Russia, China and Germany for Phase 3 trials of vaccines developed by those countries.

Germany and China have applied to conduct the Phase 3 trials in Turkey and have presented preclinical trial results, while Turkey wants to see Russia's preclinical results before the trials, Health Minister Fahrettin Koca said last week. He said there were 13 vaccines being developed in Turkey, three of which have gone beyond the animal testing phase.

Koca’s statements paved the way for an online disinformation campaign and a barrage of fake news that accused Turkey of being a “guinea pig” for other countries’ vaccines, conveniently ignoring vaccine development standards that require human trials no matter where the vaccines are produced.

Speaking to Demirören News Agency (DHA) on Thursday, Yavuz said two vaccine candidates were approved by an ethics and health board, and volunteers will start trials in 10 centers including a vaccine center in Istanbul. “More than 10 vaccine studies in the world are nearing conclusion. Phase 3 is the last stage in studies to see possible side effects,” she said. Yavuz noted that serious preclinical trials were conducted before the last stage. “It starts with lab work with the determination of molecules to be used. It is followed by animal trials. These stages ultimately find if the vaccine has toxic effects and whether it works. Then, volunteers are sought. Volunteers will not be paid or forced to join the trial,” she said, clarifying the issue. She said human trials would have two phases, first to investigate the safety of the vaccine and second to find the target group. “Phase 3 trials are being held both in countries developing the vaccine and in countries with cases. Currently, such trials are underway in Europe and the Americas. This is the larger phase of the study. Earlier phases have fewer volunteers, but in Phase 3, the number increases to up to 30,000,” she noted.

She said that volunteers would be monitored for about one year and the vaccines can be approved and used only if their efficiency is high. “For instance, if a vaccine leads to a 10% decline in the rate of the possibility of infection, it is inefficient. Having more volunteers is definitely an advantage, especially if they are in different countries. Different genetics structure in different countries mean varied responses to the vaccine,” she said. Yavuz added many people sought to volunteer for the vaccines and the majority of them were health care workers. “People should not consider themselves as guinea pigs. Personally, I’d be happy to volunteer for a vaccine. In the end, we need a solution to COVID-19, and it is good to be a part of this solution,” she said. Yavuz also dismissed concerns about any vaccine developer’s request for human trials in Turkey. “Not every firm or group developing a vaccine can run trials here. Trials’ approval goes through a painstaking process and ethics board meticulously investigate any request before the request is sent to the Health Ministry for approval,” she said.

Turkish authorities announced earlier this month that a vaccine could be available in early 2021. Eighteen studies are underway in the country, eight for vaccine development and 10 for drugs. A state-run platform oversees the studies. Anti-coronavirus projects, which are coordinated through the platform, include 225 researchers from 25 universities, eight public research bodies and eight private firms.

More than half a dozen drugmakers around the world are conducting advanced clinical trials, each with tens of thousands of participants, and several expect to know if their COVID-19 vaccines work and are safe by the end of this year.

As Turkey eyes boosting its vaccine studies, it has to rely on a precious import: transgenic rats. Rats, which carry human angiotensin-converting enzyme 2 (ACE2) receptor, help to speed up vaccine and drug studies. The Minister of Industry and Technology Mustafa Varank announced earlier this week that the rats needed for studies arrived in Turkey.

Professor Aykut Özkul of Ankara University, who currently studies the Griffithsin protein for its potential to stop COVID-19, says rats are essential to test the results. “Studies showed that transgenic rats developed a similar respiratory tract pathology with humans in infections. We worked on different breeds but want to test the results on transgenic rats as well to confirm them. Transgenic rats help us to see more concretely the effects of products developed against COVID-19 on people who can infect others but have immunity to the disease,” he told Anadolu Agency (AA). Assistant professor Urartu Şeker, who studies drugs used against COVID-19 at Bilkent University in the capital Ankara, said transgenic rats can easily produce ACE2 receptors which the virus uses to infect humans. “They develop symptoms similar to humans. The efficiency of drugs and vaccines can be tried on complex organisms thanks to those rats. They allow us to have more accurate and safe results in our studies before the start of human trials,” he says.

Turkey has carried out a total of 100,109 coronavirus tests in the last 24 hours, Koca announced Wednesday.

Of these tests, 1,313 were registered as new infections while 20 patients died of the virus, according to the data Koca shared on Twitter.

As of Wednesday, Turkey’s total number of coronavirus cases stood at 262,507, while the country's death toll hit 6,183.

The minister also said 1,002 patients recovered from COVID-19 in the last 24 hours, bringing the total number of recoveries to 239,797.

Due to the recent surge in cases, Koca said new measures had to be implemented in some provinces. "If we adhere to the measures, we'll succeed," the minister said.

On Tuesday evening, the Interior Ministry banned some social activities, including traditional henna nights and engagement ceremonies, in 14 provinces across Turkey as of Wednesday.