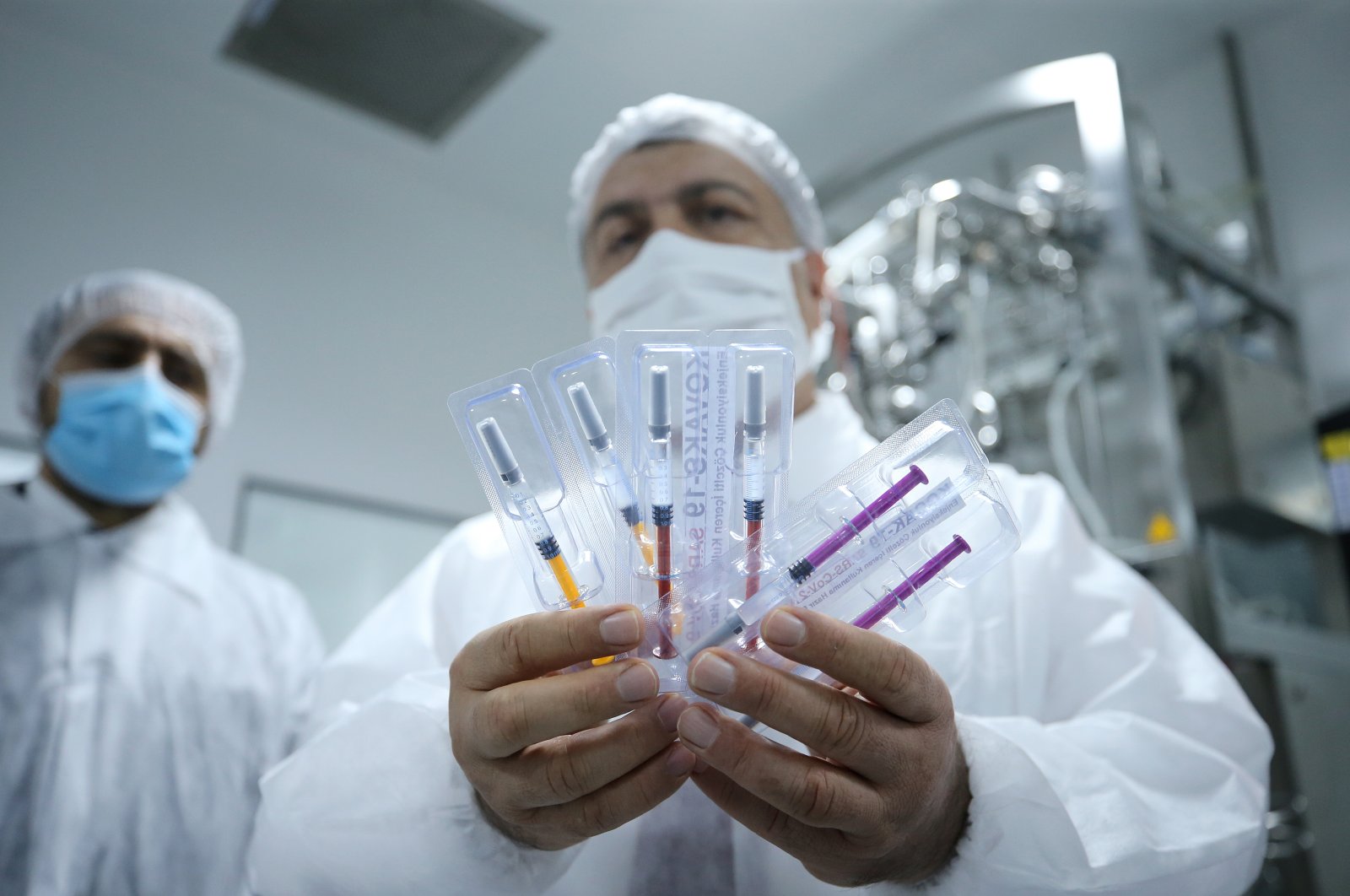 Turkey is counting down to its first vaccine, or vaccines, against COVID-19. If the work goes as planned, a vaccine will be available in the second quarter of 2021 when the country plans to produce 50 million doses monthly.

The Directorate of Health Institutes endorses 31 vaccine and drug projects, and among them are two vaccines developed by Erciyes University in the central province of Kayseri and by private company Koçak Farma. All three are set to switch to human trials by the end of this month, according to officials who say groups of healthy volunteers, composed of 20 to 80 people, will be injected in the first stage. The number will increase in the following stages and will eventually reach at least 3,000 people in Turkey and abroad. Advancing to the next stages depends on whether the vaccines have serious side effects on volunteers.

The vaccines are subject to licensing by the Turkish Medicines and Medical Devices Agency (TITCK), which is a member of the International Council for Harmonisation of Technical Requirements for Pharmaceuticals for Human Use (ICH). ICH membership allows vaccine licenses to be internationally recognized.

Professor Aykut Özdarendeli, who oversees the vaccine study at Erciyes University in Kayseri, said Turkish scientists’ knowledge and infrastructure in line with international standards helped them to accelerate the vaccine development project.

Health Minister Fahrettin Koca announced last week that Turkey was days away from human trials for three vaccines out of 13 vaccines under development. The study led by Özdarendeli saw animal trials on 19 animals infected with the virus. Ten of them were given a vaccine while the others were placed in a control group without administering the vaccine. After two weeks, injected animals survived and had no traces of the virus in their lungs. Four of the animals in the control group died, and the five remaining still had the virus lingering in their lungs.

Koçak Farma’s vaccine is an inactivated vaccine that uses the dead version of the virus that causes the disease.

Meanwhile, human trials of a Chinese-made vaccine continue across Turkey. Phase 3 trials of the vaccine developed by the company Sinovac began in the capital Ankara’s Hacettepe University in September. This week, more volunteers were injected with the vaccine at Ankara City Hospital, including the hospital’s chief physician, Aziz Ahmet Surel. The trials are being conducted at 25 centers across Turkey where 15,000 people were set to be injected with the new vaccine. The vaccine will be available in early 2021 if the trials succeed.

Turkey on Tuesday reported 1,511 more coronavirus patients and 1,229 recoveries. Data by the Health Ministry shows that the total patient count rose to 327,557 while the recoveries totaled 287,599 with the additions in the last 24 hours. Health officials conducted 112,421 more COVID-19 tests as of Tuesday, bringing the overall count above 11 million. The death toll from the virus reached 8,553, with 55 more fatalities. The figures also showed that the number of patients in critical condition now stands at 1,414, while 6.2% suffer from pneumonia.

“With the onset of flu season, the number of contact tracers reached the 10,000s. Since April, the Health Ministry tripled the number of contact tracing teams, and Turkey has sufficient capacity (for tracking patients). But if the public fails to take recommended precautionary measures, no country can fight this global pandemic alone. People should be careful about wearing masks and keeping social distancing. Without measures, an increase in the number of cases is inevitable,” Shaikh said.

The WHO recently opened a new office in Istanbul that will serve the country and the wider region. The Geographically Dispersed Office of the WHO will serve as a key response center to health crises. Shaikh said it was significant to open such an office at the time of pandemic and in Turkey. “This is basically a place for preparedness for the region, Turkey and the world. We see countries’ response to this global crisis is only good if they are prepared well in advance. We have seen how prepared Turkey was after the first cases were reported in March. It now has the benefits of this early preparedness,” Shaikh said.