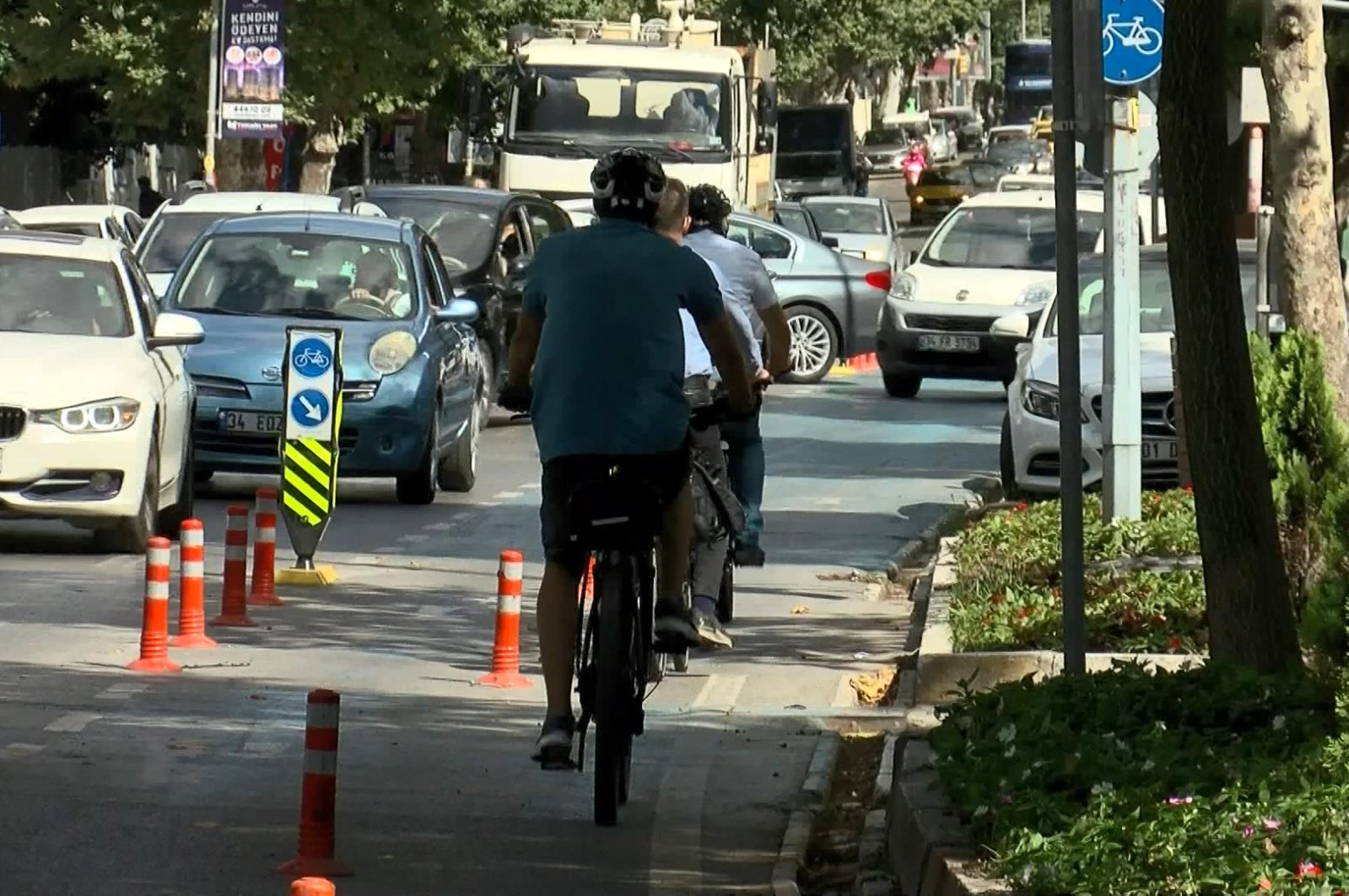 Inadequate bike lanes and encroachment by other vehicles pose a great risk for Istanbul's cyclists.

Istanbul's bicycle road network is insufficient, Head of Cyclists Association Murat Suyabatmaz told Demirören News Agency (DHA). This is made worse by the "disrespectful" behavior of some car drivers, he added.

"Using bicycles on roads, except highways, is our right. But car drivers do not recognize this and do not respect us enough. A bicycle cannot block the traffic. If they yield a way to us, the traffic will relax because more people will be encouraged to ride," he said.

Seeking to promote healthier lifestyles and decrease emissions from motor vehicles, the Turkish government recently unveiled ambitious plans to expand its bike lane network. Accordingly, the Environment and Urban Development Ministry said the country will create 4,775 kilometers of bike lanes by 2023, in line with the centenary of the Republic of Turkey.

Bicycle lanes are also being integrated into other means of transportation, such as mass transit and connecting residential areas, sports facilities and busy public spaces. In places without zoning plans, like rural areas, simpler paths will be built for cyclists. The regulation also defines "cycling highways, bridges and tunnels," a landmark change for a country in which cyclists often have to ride on the side of highways due to a lack of bike lanes, risking their lives.

Suyabatmaz said traffic fines should be increased so they deter the aggressive behavior of drivers on the traffic. He added that occupying bicycle paths greatly increases the risk of accidents.

"We had friends who were victims of such traffic accidents," he said.

Engin Bozkurt, a cyclist from Istanbul's Kadıköy district, said because of vehicles parked on the bike lanes, he has to use the road for motor vehicles.

"This is only one reason (for accidents) but not all. Because people are not conscious and they are in a hurry, they act irresponsibly," he said.

The government has so far partially funded the construction of a total of 1,150 kilometers (715 miles) of bike lanes for different local municipalities and launched a campaign to increase the length of lanes in 2018.

Along with urban locations, bicycle lanes are being built in preserved areas, like national parks. For instance, lanes will be built between the western city of Izmir and the Mediterranean city of Antalya, a route passing through popular vacation resorts and historic sites from Datça and Knidos to Patara and Bodrum. Bike lanes will also be built around Lake Tuz in central Turkey.