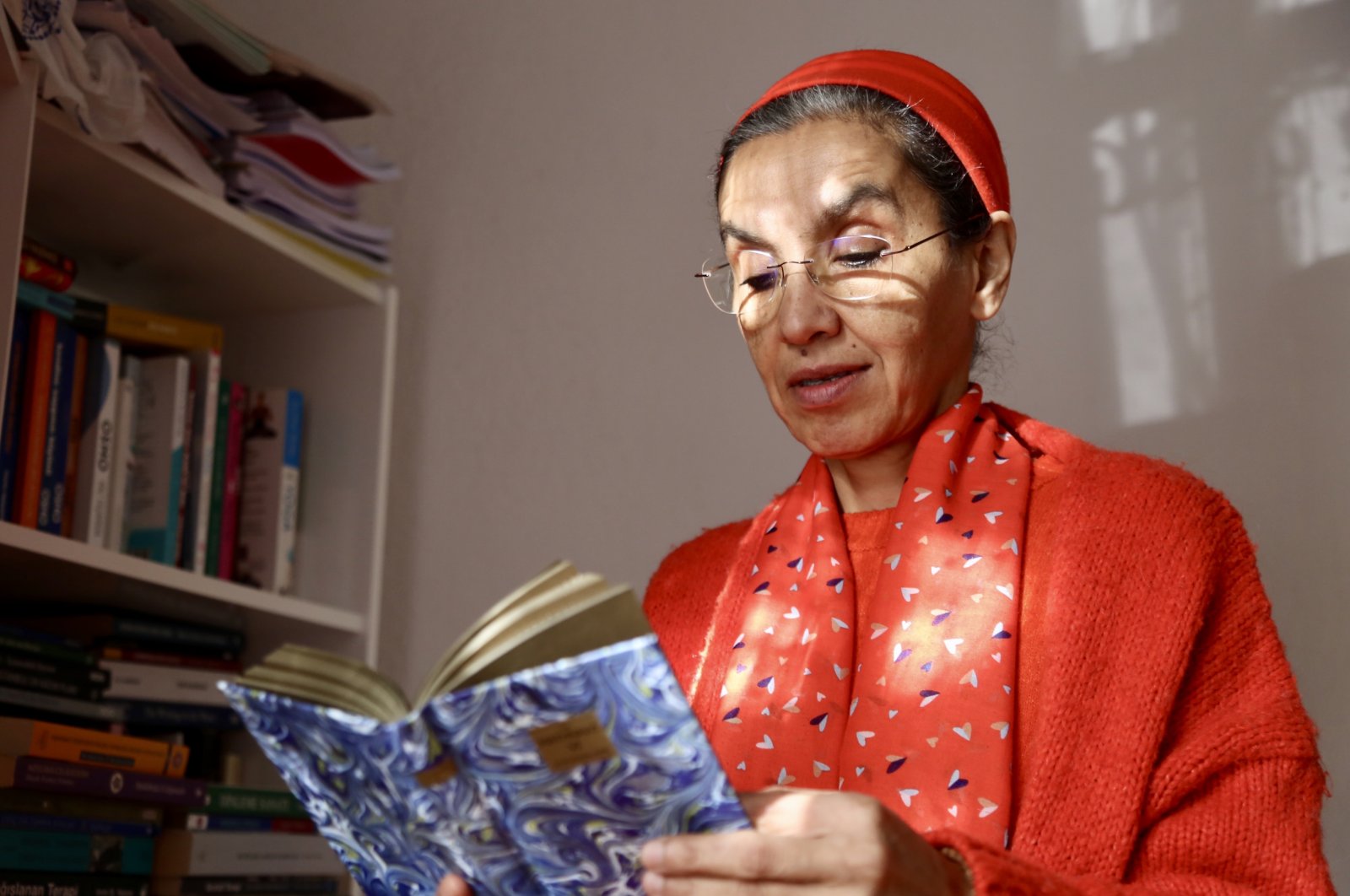 Swamini Samvidananda Saraswati is chasing a literal dream in the central province of Konya, thousands of kilometers away from her home.

Saraswati, a monk who devoted her life to music and spiritual teachings, says she first "met" Rumi "in a dream" she had seven years ago. “I didn’t know the figure who appeared to me in the dream but he evoked intense emotions in me. All I knew about him was that he was a Sufi mystic. I started looking up on the internet about mystics and found an image of Rumi. It was him I saw in my dream,” she said, recalling her first "encounter" with the mystic.

She spent most of her life as a monk in monasteries and caves and taught philosophy in India and Argentina, but Rumi changed her life. “He told me ‘come’ and my journey started,” she told Anadolu Agency (AA) on Thursday, the 747th anniversary of Rumi’s death at the age of 66. She then started doing research on the Mevlevi order and, in 2013, decided to visit Konya, the center of the order where the mystic, who was born in Balkh in present-day Afghanistan, settled centuries ago. “I immediately went to (Rumi’s) tomb and told him that I was here,” she said.

Rumi’s teachings, poems translated into several languages and aphorisms attributed to him where a love for humanity, regardless of differences, and for a creator are common themes that elevated the mystic’s fame after his death. A quote famously attributed to him, “come, whoever you are,” is among the main tenets of his teachings.

“I felt another path was opened in my heart. I had learned about personal development and self-awareness during my time in India, but Mevlana changed more in my life. I read all his poems and did the Sema and took up Mevlevi music,” Saraswati said, referring to the traditional performance of whirling dervishes. She visited Konya every year since her first visit and spent two months there. Finally this year, she decided to permanently settle in the province.

“Hazreti Pir is a path for our inner development,” she said, using a title attributed to Sufi mystics like Rumi. “What really drove me here was actually his one verse: 'Gamble everything for love if you are a true human being.' He was not speaking about the romance between people but love for God. Your love for God reflects on everything. It gives illuminating energy for everything around. Love for God calms your heart,” she said.