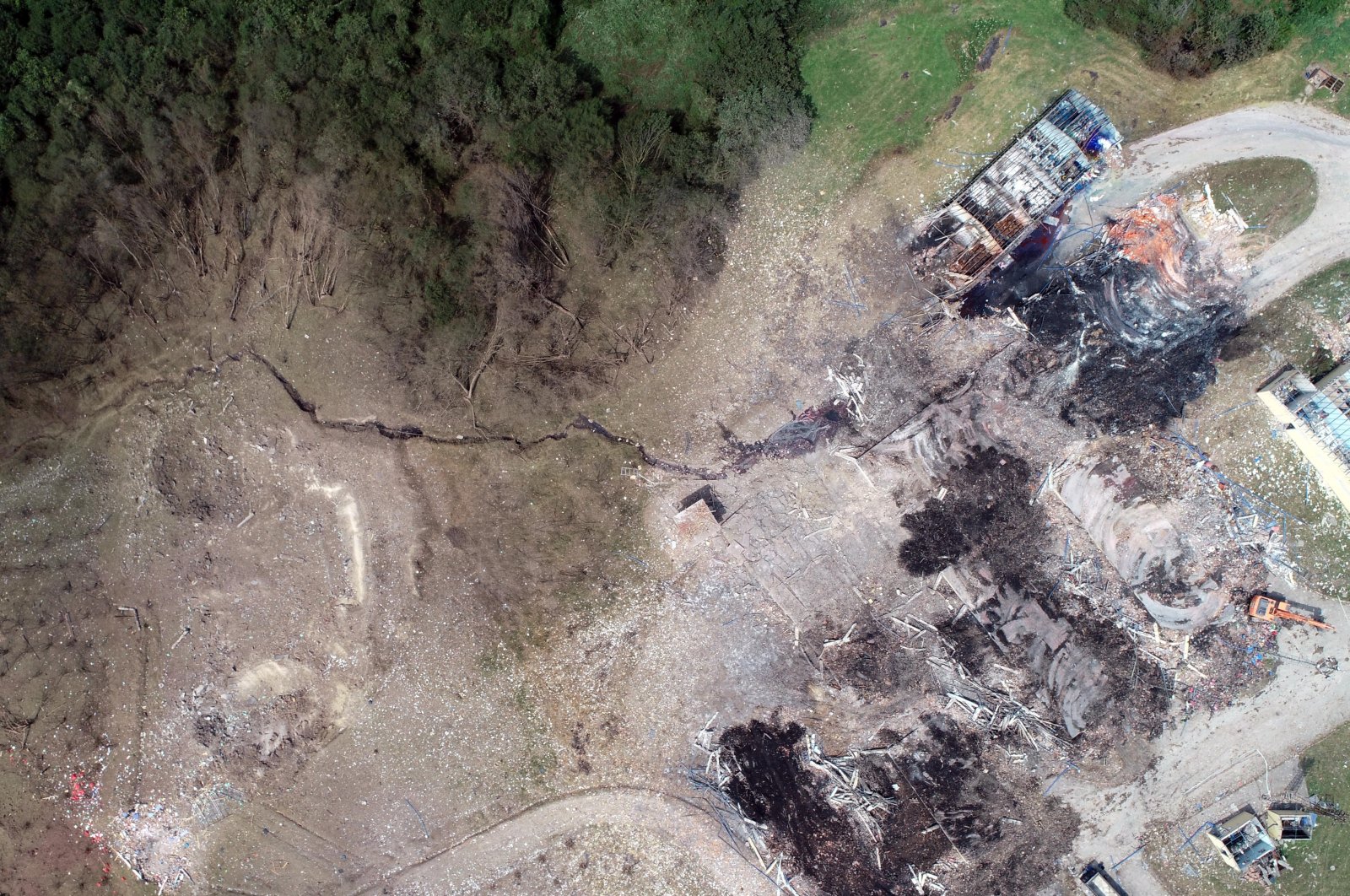 This photo taken with a drone shows the destruction in the area where the fireworks factory blew up on July 3, 2020, in Sakarya's Hendek district (DHA Photo)
by DAILY SABAH WITH AA
Aug 31, 2020 2:35 pm

The expert report on the fireworks factory blast that killed seven people and injured 127 others in the Hendek district of northwestern Turkey's Sakarya on July 3 has been finalized, Anadolu Agency (AA) reported Monday.

The report found that the factory did not abide by the legal safety requirements to prevent such accidents and necessary records of permits were nowhere to be found.

The 200-page report, prepared to determine the number, strength and frequency of the explosions, has been sent to the Hendek Public Prosecutor’s Office.

The report said that four explosions took place, lasting a total of 1 minute and 54 seconds, according to data gathered from the seismograph at Sakarya University.

The report also said that the total area of the factory was 2,400 square meters (25,833 square feet) and there were 6 metric tons of explosives per depot.

The explosions sent an enormous plume of smoke into the sky.

The noise of the explosion was heard throughout central Sakarya, some 50 kilometers (31 miles) away from the scene, sending people into the streets in panic. Ambulances and firefighters were dispatched to the scene.

President Recep Tayyip Erdoğan said that every necessary measure was in place and the population near the site of the explosion was protected.

A week later, three soldiers were killed and six others were injured in another explosion that occurred while transporting the remaining fireworks from the Hendek factory to a quarry for disposal.

In 2008, 20 people were killed in another explosion in a fireworks factory in Istanbul, west of Sakarya.