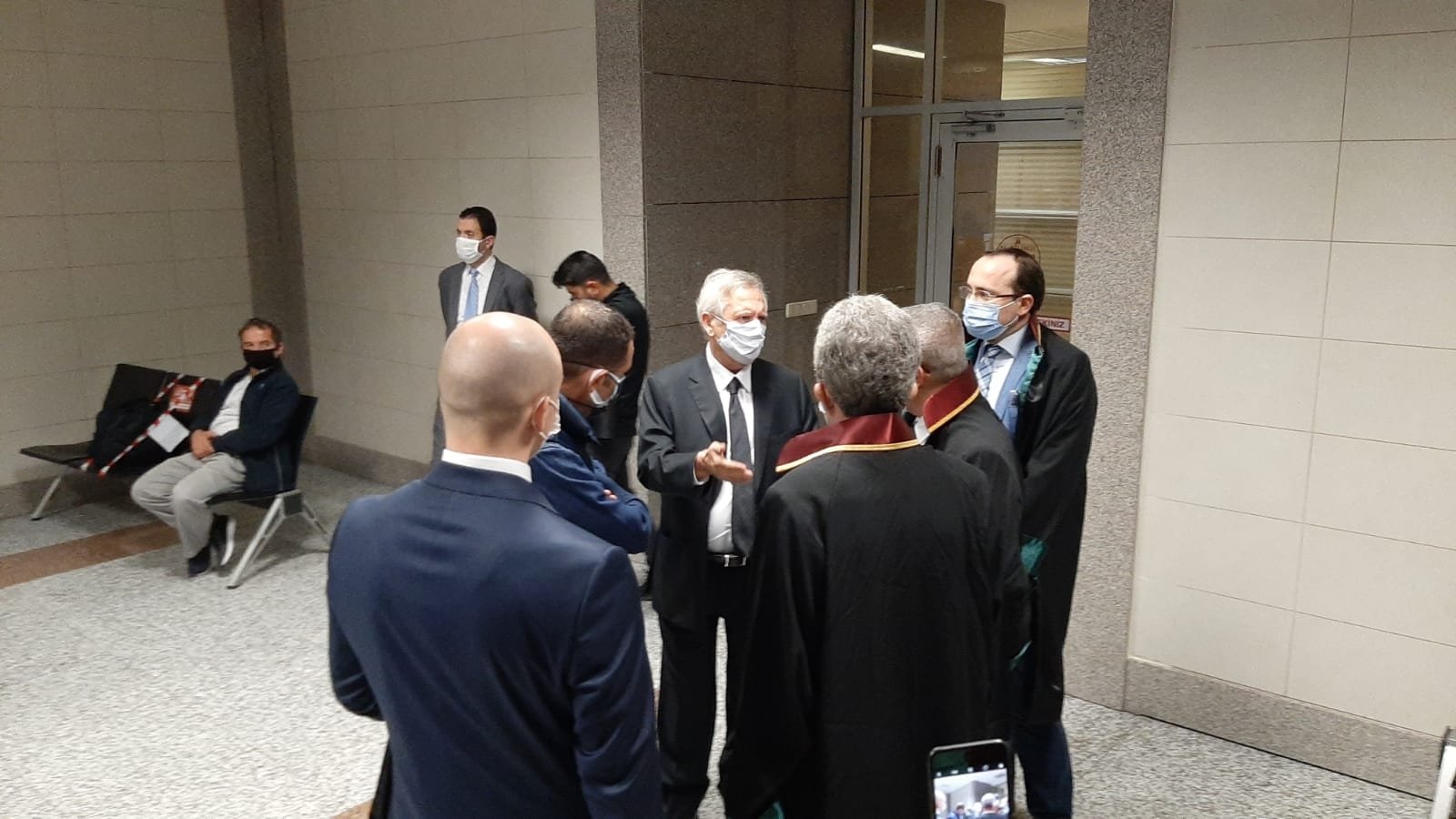 In a retrial on Friday, former Fenerbahçe Chairperson Aziz Yıldırım and other defendants were acquitted in what they called a plot against the Istanbul-based sports club by Gülenist Terror Group (FETÖ).

An Istanbul court was handling the new trial after the Supreme Court of Appeals overturned an earlier trial which implicated Yıldırım and others in a match-fixing case.

Yıldırım was jailed in 2012 for more than a year after he was accused of running a match-fixing scheme and a criminal gang. He was later acquitted of all charges against him when a new trial found that the judges, prosecutors and police officers who helped in his imprisonment may have had conspired against Fenerbahçe and other teams to serve the interests of FETÖ.

Throughout the early trial by FETÖ-linked judges and prosecutors, Yıldırım maintained his innocence and claimed that evidence including wiretapped conversations allegedly revealing match-fixing deals were "faked."

The court acquitted Aziz Yıldırım and former executives Ilhan Ekşioğlu, Abdullah Başak and Ahmet Çelebi of match-fixing charges, citing lack of evidence. In a separate case, 19 defendants, including former Fenerbahçe executives Şekip Mosturoğlu and Alaattin Yıldırım and Sivasspor Chairperson Mecnun Otyakmaz, were acquitted. One defendant in that case was fined on a charge of "inciting violation of residential privacy."

Aziz Yıldırım, who served as Fenerbahçe chairperson between 1998 and 2018, was present at the hearing. His successor, Ali Koç, also watched the trial.

The prosecutor who recited his final indictment in the hearing said allegations against Yıldırım and others were based on the illegal wiretapping of defendants, citing that prosecutors of the match-fixing case issued a wiretapping order "even for a deceased person." He mentioned that the wiretapping orders breached multiple laws. A lawyer representing an association affiliated with Trabzonspor, the main rival of Fenerbahçe which long called for Fenerbahçe to be stripped of its 2010-2011 league title over match-fixing claims, appealed the decision.

Speaking to reporters after the hearing, Fethi Pekin, Fenerbahçe's board member in charge of legal affairs, said they were pleased with the verdict. "The prosecutor clearly indicated the plot against Fenerbahçe by the Gülenist Terror Group (FETÖ). This was what we expected," he said.