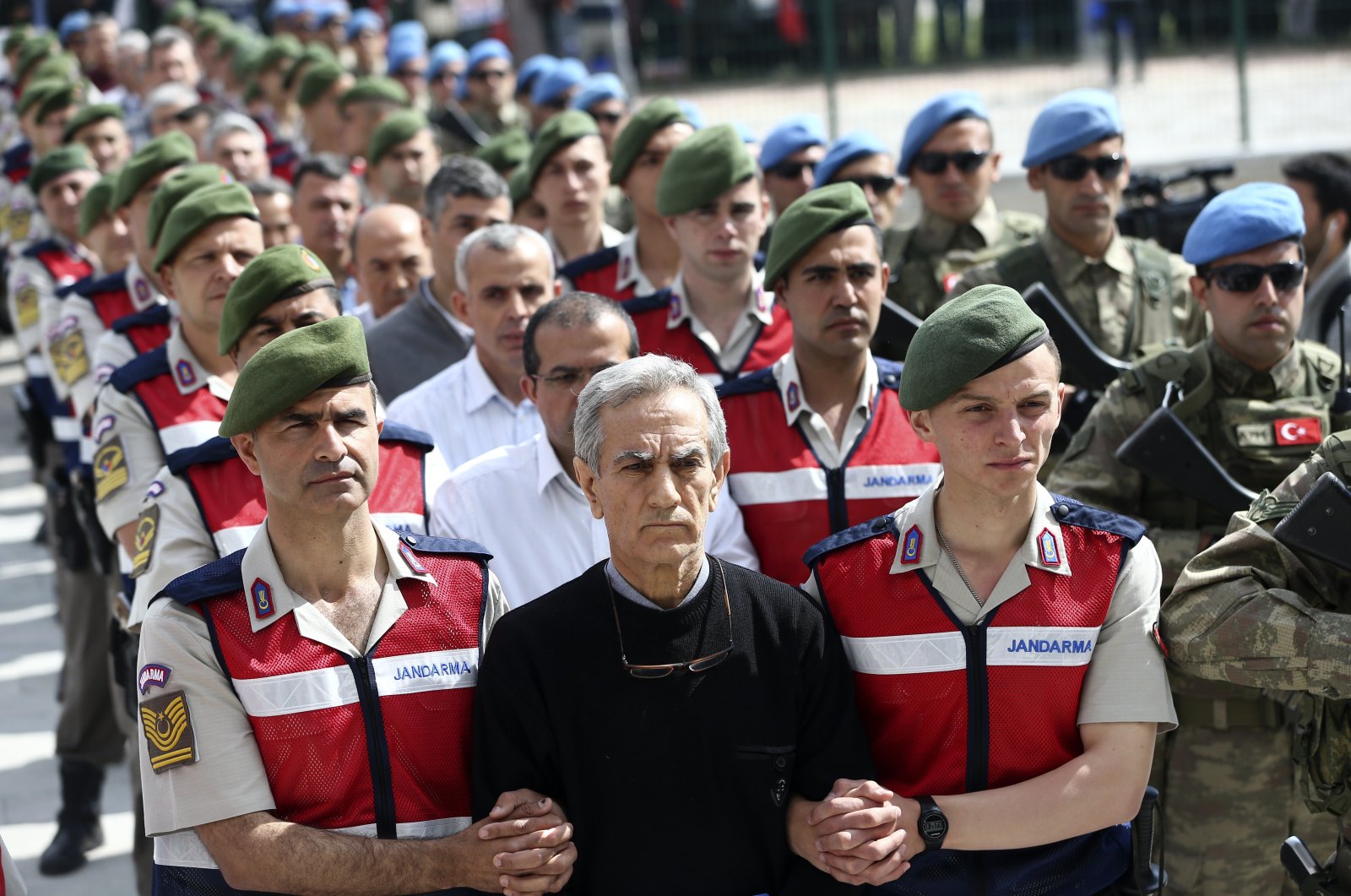 According to Anadolu Agency (AA), the report was prepared by the Istanbul Provincial Gendarmerie Command upon the request of the Istanbul Chief Public Prosecutor's Office during an investigation on the shady group’s infiltration of the military.

The report focused on 515 individuals who were students at military schools at one point between 1977 and 1990 and later invested for various reasons.

Investigating the paper trail dating back more than four decades, authorities at the provincial gendarmerie command found that more than half of the students were discharged following investigations on various dates.

But 239 of the students were allowed to graduate, with some even assigned to “high-level positions,” the report said.

The report also said that out of the 239 students, 22 of them were charged for involvement in the 2016 coup attempt, while 58 were investigated for being a member of FETÖ following the failed putsch bid.

“This shows that the group (FETÖ) had started planting members in the TSK around 1977,” it said.

While the students discharged from military schools were unable to continue carrying out their missions in the army, they still aided FETÖ’s attempts by offering insight into the military’s workings, playing an “active role” in the establishment of the hidden network inside the TSK.

According to AA, 159 of the graduates still in their current posts face ongoing investigations being conducted by the Istanbul Provincial Gendarmerie Command.

FETÖ – led by Fetullah Gülen who currently lives in the United States and is implicated in a long list of trials against the terrorist group – orchestrated the coup attempt four years ago with the aid of its military infiltrators, who are accused of killing 251 people and injuring nearly 2,200 others during the putsch bid. It was the latest in a string of coup attempts and other efforts by FETÖ to harm the elected government.

Drawing parallels between FETÖ’s infiltration and recruitment tactics between now and then, the report said little has changed in the group’s strategy, which it said proved its effectiveness.

“Comparing today and 1977, it has been noted that the group has been using similar strategies for recruitment, activities, forming structure, ensuring obedience, punishment and communications.

“Considering how they planned the hidden network inside the TSK and carried out the same plan in recent history, it shows how efficient and systematic the group’s tactics and methods are,” the report said.

Regarding the members of FETÖ in general, the report said more than 20,000 people have been found to be secretly affiliated with the group.

According to the report, 20,694 FETÖ members have been exposed amid a detailed investigation into the terrorist group’s usage of payphones for communication.

Known for its secretive methods of communication, the group utilized everything from in-game chats in mobile games to payphones to convey messages between its members.

Payphones were a common method employed by FETÖ to avoid detection. Former members of the group captured in earlier operations have confessed that the handlers would regularly contact them via payphones and arrange secret meetings.

Another common method of communication between the group’s members was ByLock, an encrypted messaging app that came to light following the coup attempt.

The report said more than 7,000 of the members discovered in connection with payphones became informants for the government to expose the terrorist group’s methods of operation.

A similar number of members have been convicted on various charges, and around 1,500 remain at large.

The group, which is accused of also planting infiltrators throughout Turkey's governing structure, from the judiciary to law enforcement, was also responsible for carrying out two coup attempts disguised as anti-graft probes in 2013.

After a plot by FETÖ-linked judiciary members and police chiefs targeting people close to the government in so-called corruption probes was uncovered, the group faced heightened scrutiny. Yet, it was not until the 2016 coup attempt that FETÖ saw the biggest crackdown against its activities.

Since then, tens of thousands of people have been detained and arrested for their links to the terrorist group in operations carried out in the aftermath of the failed coup attempt.