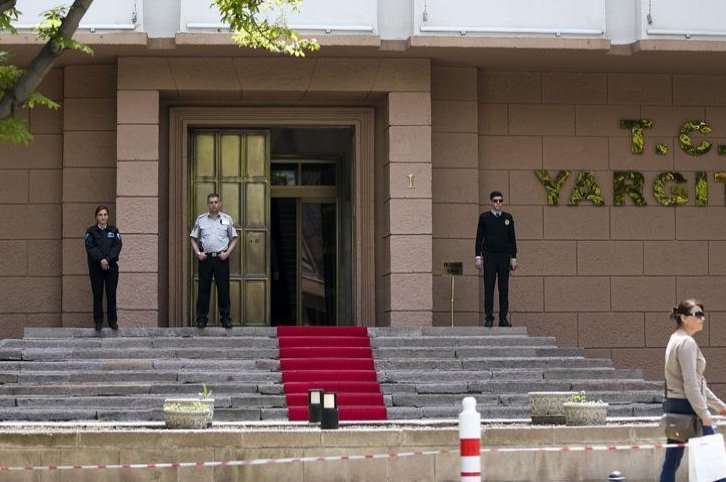 Menekşe Uyar, a former Istanbul judge who was sought with a Red Notice regarding the OdaTV case, was detained by security forces in the Pursaklar district of Ankara on Friday.

Uyar is among 33 former judges and prosecutors linked to the Gülenist Terror Group (FETÖ), who have been prosecuted by the eighth Penal Chamber of the Supreme Court of Appeals on OdaTV case.

The suspects have been prosecuted with charges of malpractice and deprivation of liberty. The court issued an arrest warrant and Red Notice for 13 suspects on Oct. 16, 2019, including the FETÖ-linked former prosecutor Zekeriya Öz and Uyar.

Another indictment was issued in Istanbul for Uyar regarding the "Sledgehammer" military coup plot case.

FETÖ is accused of imprisoning employees of the news website OdaTV through its infiltrators in the judiciary in a sham trial. The journalists were behind coverage that was critical of the terrorist group and claimed to have evidence against them in an earlier trial was concocted by FETÖ-linked prosecutors and police chiefs looking to associate them with Ergenekon, an alleged “deep state” gang of generals, academics and several dignitaries. The Ergenekon trial also turned out to be a sham trial.

Meanwhile, the Board of Judges and Prosecutors (HSK) dismissed 26 judges and prosecutors for their links to FETÖ. That decision came after an investigation into content from the encrypted message app ByLock, as well as testimonials.

ByLock was discovered during criminal inquiries into the terrorist group, whose criminal activities have been under scrutiny since there were two coup attempts in 2013. The National Intelligence Organization (MIT) uncovered that the messaging app was programmed or modified for the exclusive use of the group's members.