FETÖ’s coup mastermind wanted by Turkey, harbored by Germany in former military base 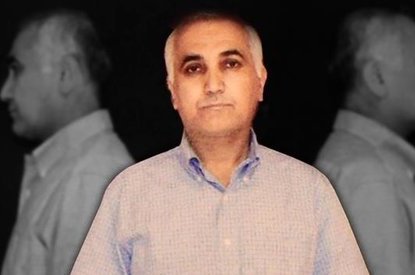 Turkish media outlets reported on Tuesday that Adil Öksüz, one of the most wanted men in Turkey, was sheltered by Germany. Öksüz, who is wanted for masterminding the July 15, 2016 coup attempt on behalf of the Gülenist Terror Group (FETÖ) stayed in an old U.S. military barracks in Germany’s Heidelberg, Turkish broadcaster A Haber reported. Also used by NATO troops, the barracks were converted into a place for asylum seekers and Öksüz was there, along with other senior members of FETÖ who fled Turkey after the coup attempt was foiled. More than 120 members of the group reportedly stayed there.

Mark Twain Village next to Campbell Barracks were used as a shelter for Öksüz whose whereabouts have long been unknown. Öksüz was captured at a military base in the Turkish capital Ankara during the coup attempt but judges and prosecutors controversially released him one day later. He disappeared after traveling to his hometown in northwestern Turkey but multiple reports emerged that he was in Germany. Turkey has sought clarification on the matter from Berlin but Germany was silent except remarks by government that the issue was investigated.

Coincidentally, the place where Öksüz stayed is near Speyer, a city where Zekeriya Öz, a renowned prosecutor working for FETÖ, hid out for a while, raising Turkey’s suspicions that Germany is actively harboring members of the terrorist groups. Media reports say FETÖ members at large mostly reside in Germany’s Mannheim, Ludwigshafen, Speyer and Heidelberg.