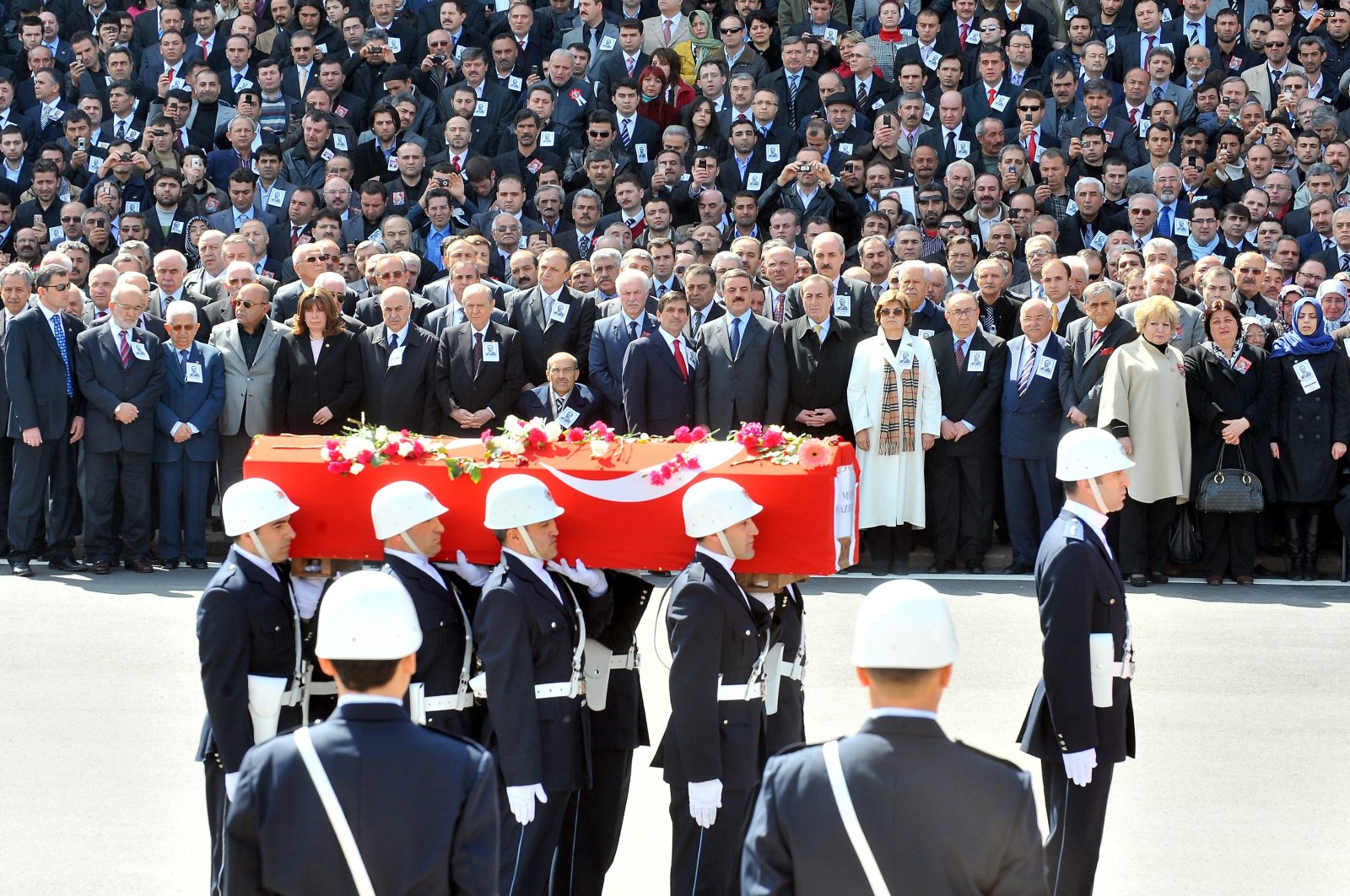 A probe into the investigation of a helicopter crash that killed Turkish politician Muhsin Yazıcıoğlu has found that the Gülenist Terror Group (FETÖ) had an active role in the incident.

Investigators have now discovered that Adil Öksüz, the fugitive mastermind behind the terrorist group's July 15, 2016, coup attempt, was in contact with a military officer named in the probe.

Yazıcıoğlu, the founding chairperson of the Great Union Party (BBP), and five members of his entourage were killed in a helicopter crash in southern Turkey’s Kahramanmaraş in 2009.

His death and the following rescue efforts were shrouded in controversy, as Yazıcıoğlu's friends claimed he was killed by opponents.

Several public officials, linked to FETÖ, face trial for abusing their positions to close the case and hinder rescue efforts after the crash.

Earlier findings in the investigation, based on correspondence between FETÖ members, revealed the terrorist group's involvement in the incident.

The politician was a staunch critic of FETÖ which, for decades, tried to infiltrate political parties.

Yazıcıoğlu's family has called for an investigation into FETÖ links to the crash after the group's leader Fetullah Gülen was quoted as saying Yazıcıoğlu was "removed with a divine blow" in a speech five days after the politician's death.

New findings in the investigation show Adil Öksüz, a handler for terrorist group's infiltrators in the Turkish Air Forces before he went on to mastermind the July 15 coup attempt on behalf of the terrorist group, held phone calls with one of the officers aboard an F-4 jet near the crash site.

Two warplanes were reportedly in the area where the helicopter crashed at the time of the incident, although it is not known whether they had any involvement in the crash. A recording device, that would have provided key evidence of the group's involvement, was stolen from the helicopter by a FETÖ-linked officer, who was sent to search the area after the crash. Investigators established that the unnamed officer was aboard one of the two warplanes that took off from an airbase the same day as the incident.

Öksüz was captured at an airbase in the capital Ankara which was used as the command center of the 2016 coup attempt by putschist officers but disappeared after a court controversially released him a day after his detention. He was accused of coordinating coup meetings with top military officers with ties to the terrorist group at a villa in the capital Ankara. His name also came up in a string of other investigations into the terrorist group's infiltration into the army.

A lawyer, who was a FETÖ member and in charge of the lawyers secretly linked to the group, gave more details on the case. The lawyer, who confessed his ties to the group after his detention, said a lawyer loyal to FETÖ represented two officers who removed recording devices from the crashed helicopter.

"I asked him why he did it and he told me Turan C., a senior handler for (FETÖ's) lawyers gave the job to him. He told me a military imam for FETÖ had knowledge on the case," the lawyer told investigators. "Imam" here refers to a name given to FETÖ's top figures in charge of infiltrators, whether in the army or in the judiciary.