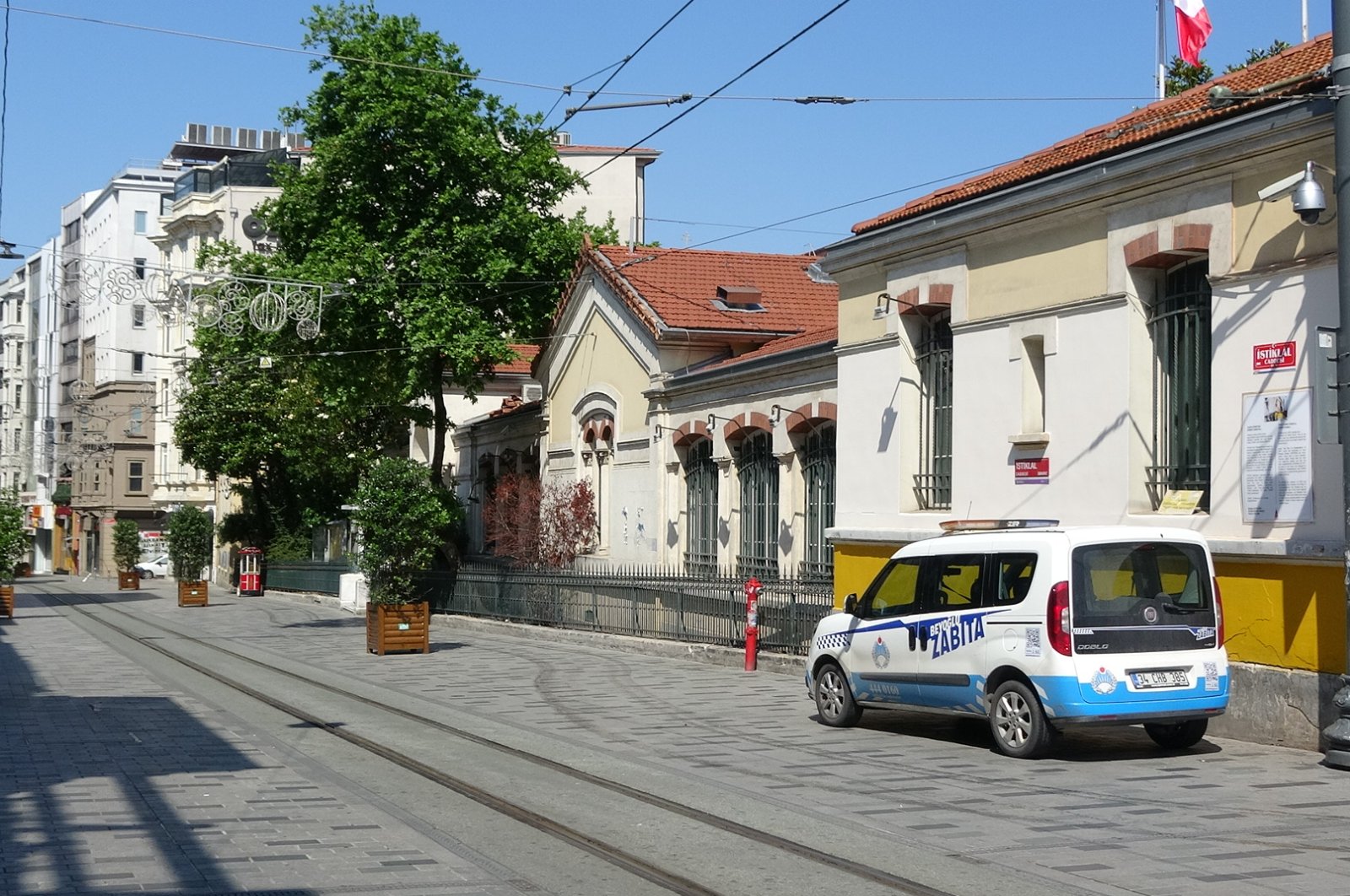 New details have emerged in an investigation of four Turkish citizens accused of working as spies for France. Metin Özdemir, one of the suspected spies, underwent intelligence training in France and worked for the French government in Georgia.

The four suspects were collecting information about the inner workings of conservative foundations, religious groups and Turkey’s Directorate of Religious Affairs (Diyanet) and its employees.

Özdemir, who was among key figures of France’s spy network in Turkey, was trained in France for eight months on surveillance and countersurveillance, as well as other subjects such as escape tactics. Özdemir traveled to France in 2017 on a trip arranged by his French handler, code-named Virginia. The same year, he traveled to Georgia to work as a spy for France.

The reports say the suspects used fake ID cards purportedly belonging to agents of Turkey's National Intelligence Organization (MIT) and claimed that they were collecting information regarding Daesh and similar terrorist groups.

The institutions they gathered information from include the Women and Democracy Foundation (KADEM), the Sadaka Taşı humanitarian relief agency and the Pioneering Youth Foundation, which was once targeted in a bombing by the Marxist-Leninist Communist Party (MLKP) terrorist group.

Özdemir first had contact with the French military during a mission as a Turkish soldier in Afghanistan and decided he wanted to become a legionnaire. After his military service, Özdemir returned to Turkey and started working at the Consulate-General of France in Istanbul as a security personnel.

In 2013, Özdemir met a person codenamed Bruno, who had close ties with the French intelligence service, the General Directorate for External Security. Bruno reportedly told Özdemir he could help him pursue his goal of becoming a legionnaire but Özdemir would have to collect some information first.

According to his own testimony, Özdemir gathered information on 120 people – including imams – and conveyed it to French authorities.

Later on, he contacted two more people with ties to French intelligence and started receiving orders from those two “case officers.”

Identifying the officers as Virginia and Sebastian, Özdemir said that he did not know what their surnames were, they communicated over pay phones and he was well aware that he was conducting espionage.

According to his testimony, Özdemir was ordered to spy on conservative-leaning foundations in Istanbul’s Fatih, Bayrampaşa, Esenyurt, Zeytinburnu, Üsküdar, Ümraniye and Başakşehir districts, and was also threatened by the French when he tried to quit. He threatened them back, saying he would leave France in a difficult position if he were to confess. Correspondence between Özdemir and his handlers shed light on the exchange of threats. In one email, an unnamed superior of Virginia told Özdemir that they risked themselves to protect him and reminded him how well they paid him.

His French handlers gave Özdemir two or three addresses every week and asked him to take photos of these locations. Later on, he was asked to learn the names of people living in those locations and hire someone from water or electrical utilities to help him. This was how Özdemir recruited Lütfü Yılmaz who worked for Istanbul Municipality’s water utility company.

Later on, he included more people in his espionage activities. Özdemir told Yılmaz, hotel owner Salih Cemal Yiğit and phone trader Faysal Tambahçeci that they would be working on behalf of the MIT against terrorist groups such as Daesh, showing them his fake ID card to convince them. Yiğit used his own sources to collect intelligence and supplied confidential data from a police and judiciary database through his contacts.

Özdemir also traveled to the central Turkish city of Konya in 2015 with Yılmaz and took photos of locations his French handlers requested. Yılmaz and Yiğit also separately traveled to Konya to collect information on imams in the city. In 2016, Yiğit and Yılmaz traveled to Gaziantep, a southern city near the Syrian border, to conduct espionage activities. More trips to Konya and Gaziantep followed in 2016 and 2017, and later, they expanded to the western city of Izmir, the northwestern city of Tekirdağ and the southern city of Mersin.

Özdemir worked with an Iranian national named Arash Yazdanparast in Izmir on espionage activities, and he recruited two other men for espionage work in Mersin and Tekirdağ. It is unclear whether they are being investigated.

The four suspects will be tried on the grounds of political and military espionage.