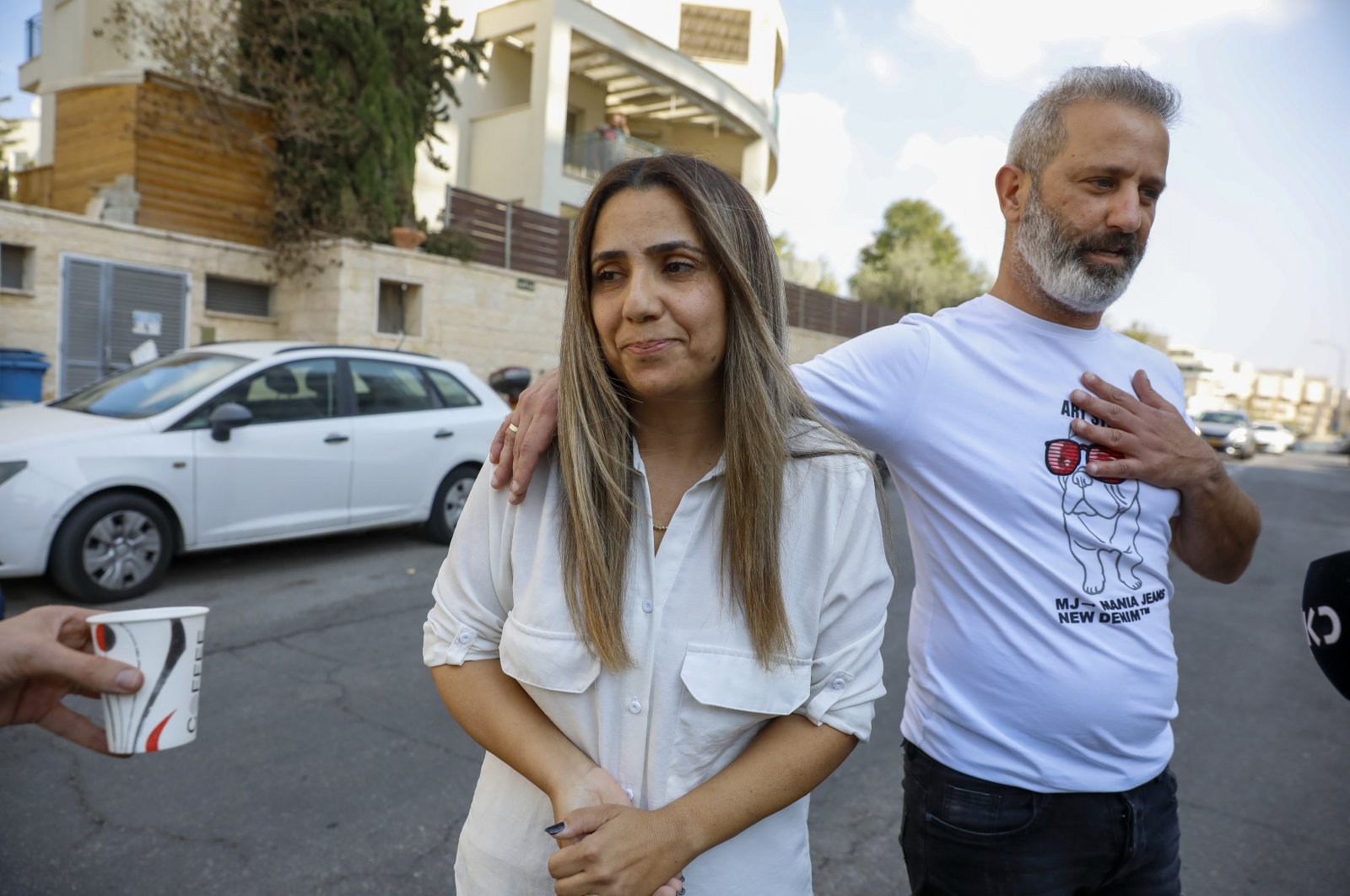 An Israeli husband and wife caught photographing the Istanbul residence of President Recep Tayyip Erdoğan earlier this month were released Thursday. The couple, identified as Mordi and Natali Oknin, were charged with political and military espionage, an allegation Israel denied. Their family had claimed that the Oknins were on vacation in Istanbul while the case renewed attention to the state of ties between Turkey and Israel that have soured over Israel's policies toward the Palestinians.

"Thank you to the entire nation of Israel. Thank you to everyone who helped and supported and got us freed," Natali Oknin told reporters after she and Mordi landed in Tel Aviv aboard a chartered private plane. Turkish officials did not immediately comment. In a joint statement, Prime Minister Naftali Bennett and Foreign Minister Yair Lapid thanked Erdoğan and Turkey's government "for the cooperation."

"This certainly could have spiraled into a needless crisis," Matan Kahana, an Israeli Cabinet minister, told Israel's Army Radio. "Let's hope that ties with Turkey will warm. I'm confident that, after days of such intensive contacts, connections were created that will naturally be of service to us in the future," Kahana said.

The couple's detention came one month after Turkish media outlets exposed an operation by the National Intelligence Organization (MIT) that revealed a 15-member network of spies working for Israeli intelligence agency Mossad.