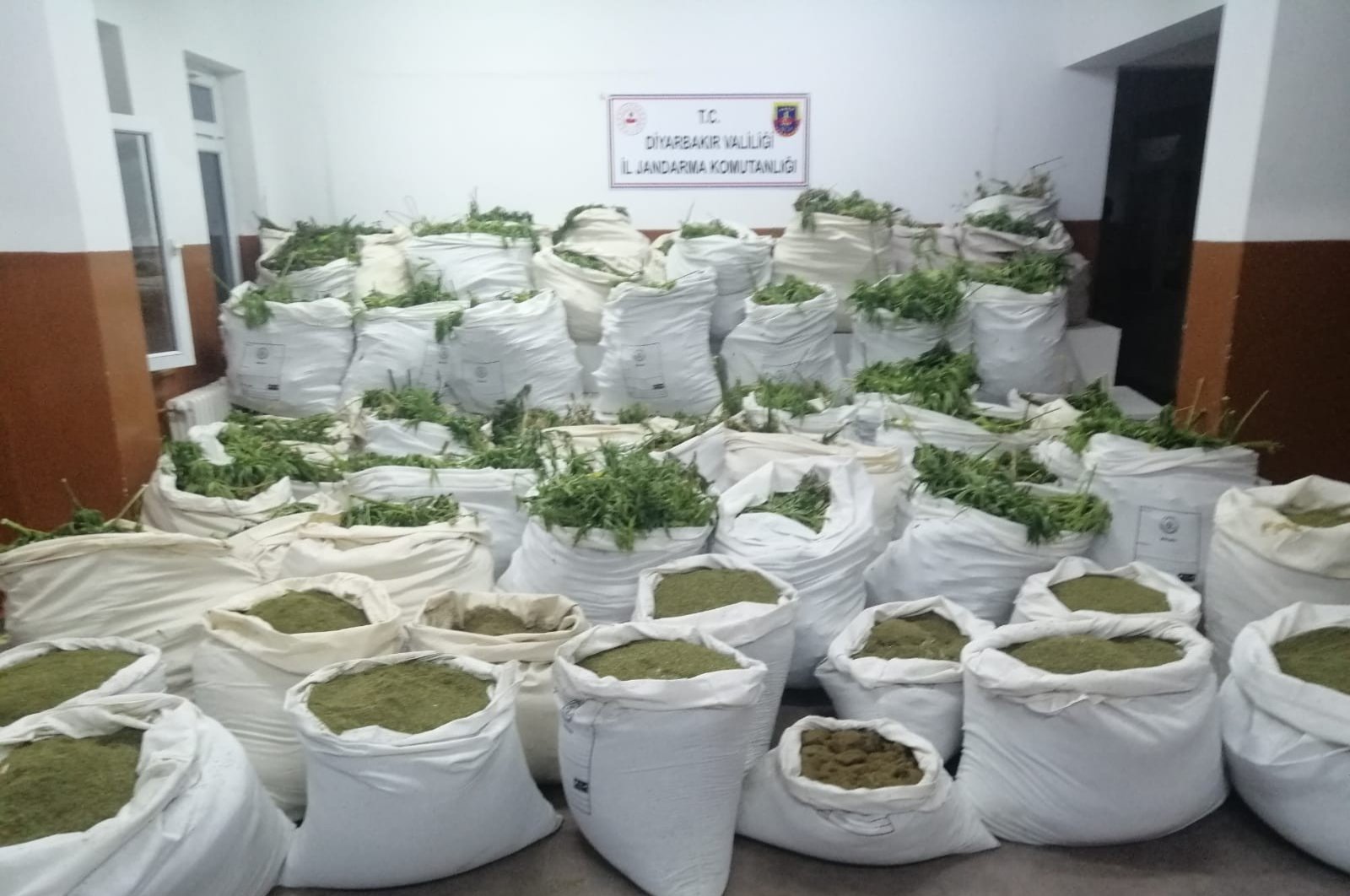 Security forces on Monday seized more than 7 million cannabis roots and over a ton of cannabis drugs from 89 locations in southeastern Turkey.

The seizure was part of a gendarmerie operation in Lice district's Bağlan and Kabakaya rural areas, in the province of Diyarbakır, to halt illegal drug trafficking by the PKK terrorist group and bring the perpetrators to justice, the governorship said in a statement.

Over 1,600 kilograms of cannabis along with 7.5 million cannabis roots, 8,400 meters of water pipes and six water engines were confiscated and destroyed.

It was the largest amount of cannabis seized in a single operation in the last four years.

A suspect who dropped the drugs in his possession while trying to flee the area was also arrested.

The PKK has reportedly financed its terrorist activities through illegal drug trade since as early as the 1980s, with Interpol estimating up to 80% of European illicit drug markets being supplied by PKK-controlled trafficking networks.

Turkish authorities have been confiscating narcotic shipments owned or operated by the PKK since the 1980s.

In its more than 30-year terror campaign against Turkey, the PKK – listed as a terrorist organization by Turkey, the U.S. and the European Union – has been responsible for the deaths of over 40,000 people, including women, children and infants.