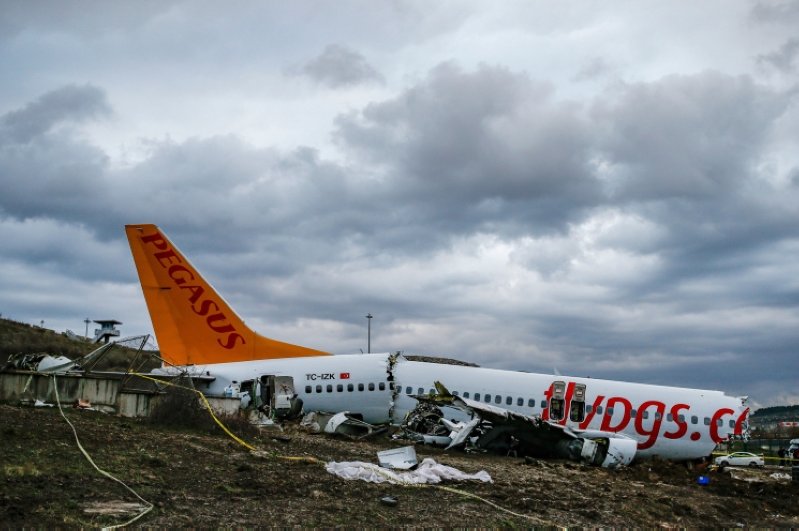 Workers prepare to remove the wreckage of a plane operated by Pegasus Airlines after it skidded Wednesday off the runway at Istanbul's Sabiha Gökçen Airport, in Istanbul, Friday, Feb. 7, 2020. (AP Photo)
by Anadolu Agency Feb 24, 2020 11:53 pm

An airline pilot was arrested Monday after the Turkish passenger plane he was flying skidded off the runway at Istanbul's Sabiha Gökçen International Airport earlier this month, according to judicial sources.
Prosecutors in the capital Ankara decided to arrest the captain, identified as M.A., for causing death and injury by negligence after three people died among the 177 passengers and six crew members, said the sources, who asked not to be named due to restrictions on speaking to the media.
On Feb. 5, Pegasus Airlines flight PC2193 was arriving from Turkey's Aegean province of Izmir at Sabiha Gökçen International Airport when it skidded off the runway while landing.
TV footage showed the nose of the plane almost completely separated from the rest of the fuselage, which burst into flames following the crash.
After skidding off the runway, the plane drifted around 50 meters (164 feet).