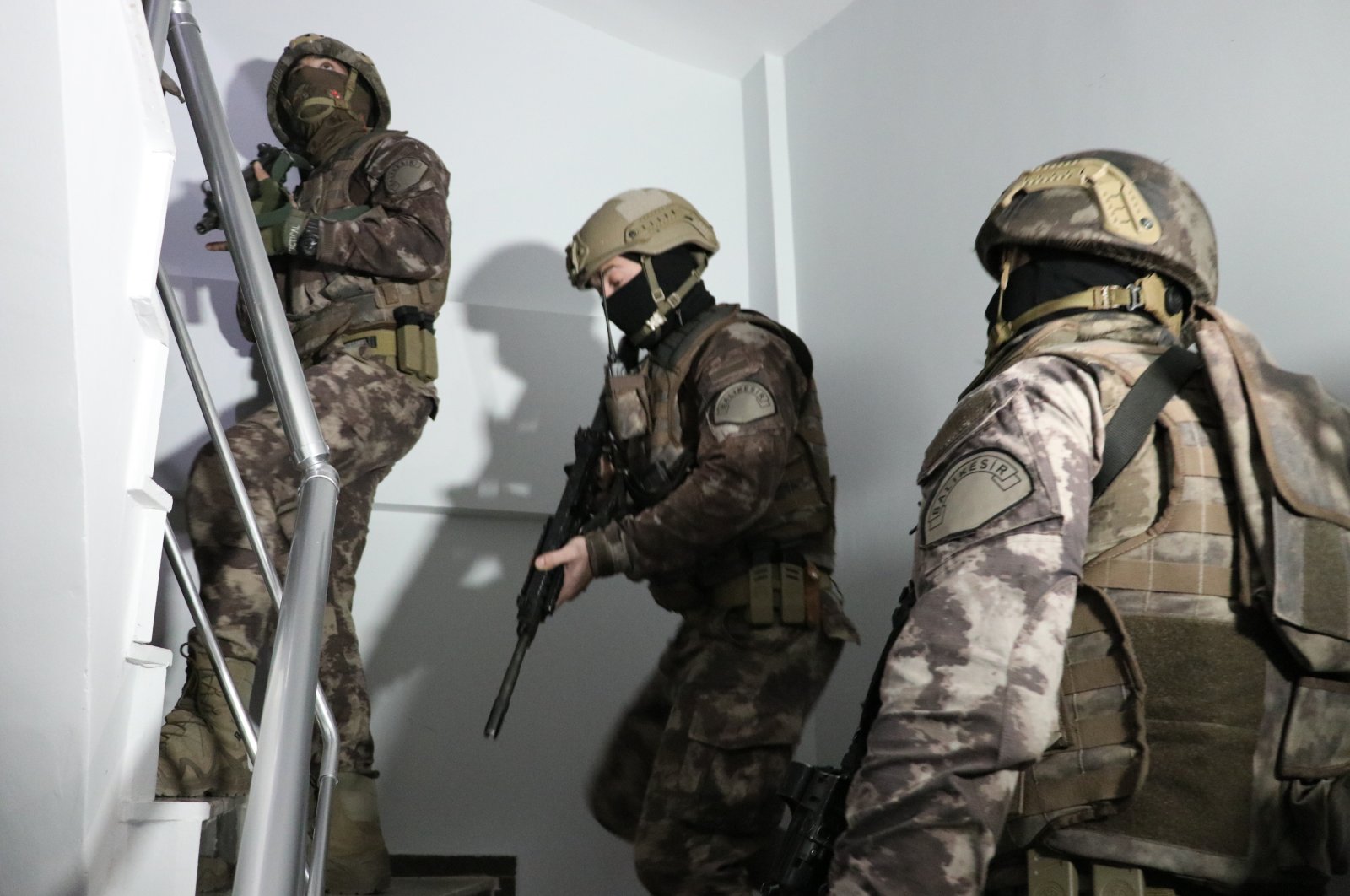 Turkish security forces arrested 33 people on Tuesday for their suspected links to the Gülenist Terror Group (FETÖ) whose infiltrators in the army carried out the foiled 2016 coup attempt.

In operations based in the northwestern Kocaeli province, police from the anti-smuggling and organized crime unit arrested seven suspects, including an expelled lieutenant and six former military school students.

The arrests came during simultaneous operations in Istanbul and Bursa after Kocaeli prosecutors issued arrest warrants for nine suspects as part of an investigation into FETÖ's infiltration into the Gendarmerie General Command. Separately in the capital Ankara, police combatting financial crimes arrested four suspects out of nine with outstanding warrants, who are accused of using ByLock, the terror group's encrypted smartphone messaging app. The hunt for the remaining suspects is underway.

Meanwhile, 22 more FETÖ suspects were arrested in simultaneous operations across 14 provinces from Samsun on the Black Sea coast to the southern province of Adana and western province of Balıkesir.

The arrests were made as part of an investigation launched by prosecutors in the northwestern Tekirdağ province into infiltrators of FETÖ among prison guards. The suspects were found to have contact with some 500 prison guards via payphone calls to avoid police detection. Police are searching for two more suspects.

In the meantime, 13 FETÖ suspects who were trying to flee the country, were captured near the border with Greece on Tuesday. Greece has been a major destination for prominent figures linked to the terrorist group fleeing Turkey. Some were captured while others like Ekrem Dumanlı, editor-in-chief of FETÖ's now-defunct mouthpiece Zaman, managed to cross into Greece. Most travel to other European countries with the aid of fellow FETÖ members and seek "political" asylum in European countries. Turkey has been critical of Germany in particular for hosting the terrorist group's members.