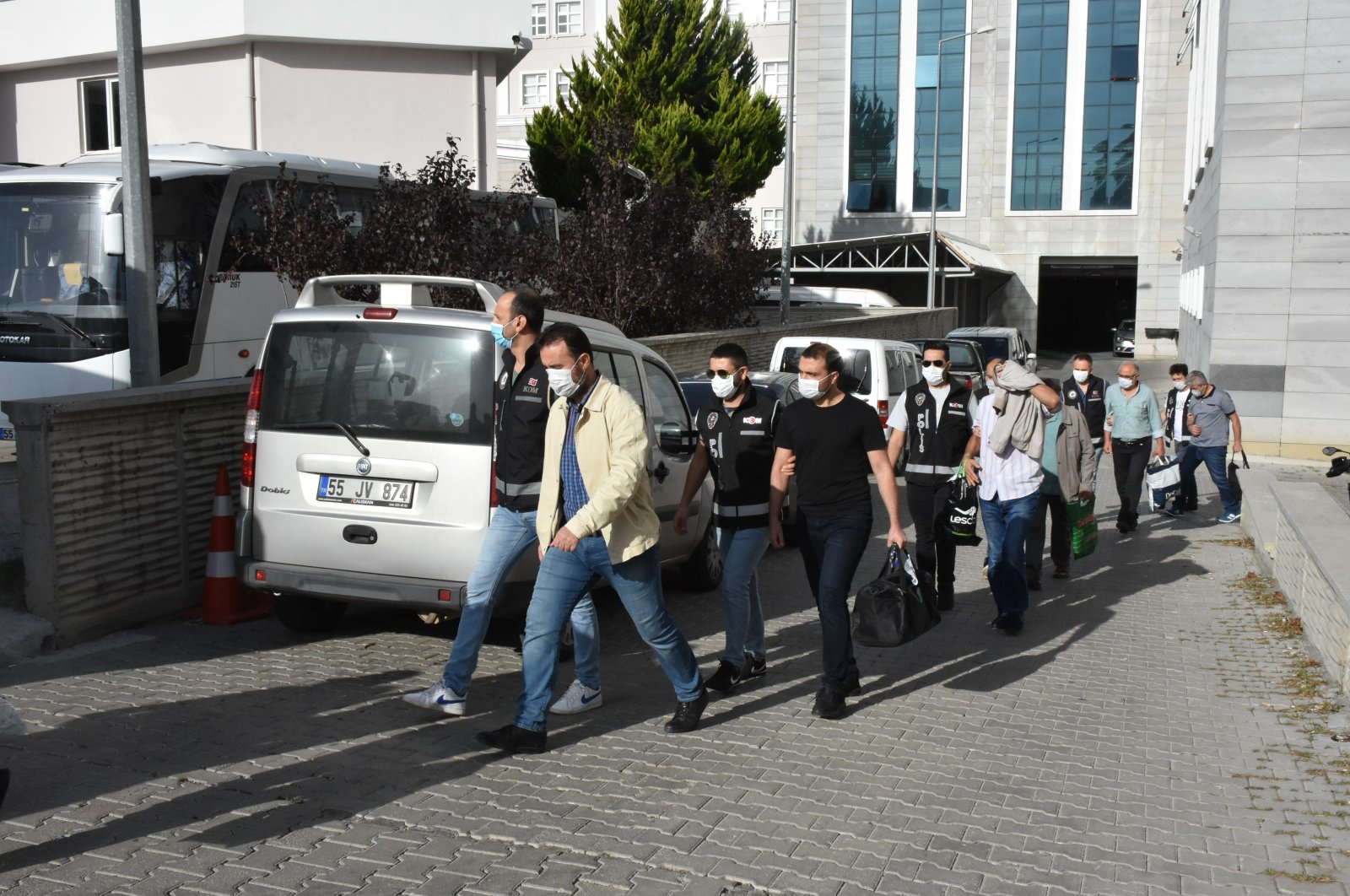 At least 27 suspects were detained Thursday in the latest round of operations against the Gülenist Terror Group (FETÖ) across various Turkish provinces.

The Chief Public Prosecutor's Office in the northwestern province of Sakarya initiated an investigation into suspects accused of carrying out operational activities under the guise of "cell and student houses" as well as providing personnel and financial support to the organization. The investigation was launched following police surveillance, and detention orders were given for 29 suspects.

Operations carried out by Anti-Smuggling and Organized Crime (KOM) teams in Sakarya, Ankara, Bayburt, Diyarbakır, Isparta, Istanbul, Izmir, Karabük, Kocaeli and Yozgat provinces resulted in 25 suspects being detained and brought to Sakarya. Police continue to search for the remaining suspects.

Elsewhere, C. C. and H. S., two former police chiefs wanted for their FETÖ links, were captured in one of the safehouses of the terrorist group in Etimesgut district of the capital Ankara. C. C. was implicated in multiple cases related to FETÖ. He was accused of orchestrating illegal wiretapping for the group while serving as a police chief in the northwestern province of Edirne. He was also implicated in the abduction and killing of a civilian by police officers linked to FETÖ in the eastern province of Batman in 1998.

Police have launched nationwide operations against the group following the 2016 coup attempt. Hundreds of military infiltrators have been discovered and arrested through the investigations, while tens of thousands have been arrested for having links to the group. The state of emergency declared after the coup attempt sped up the crackdown against the terrorist group's infiltrators with some FETÖ members managing to flee abroad; others are believed to still be hiding their ties to the group. Several former members confessed to authorities that senior figures in the group trained them on how to avoid being detected while serving in the army, law enforcement and the judiciary.