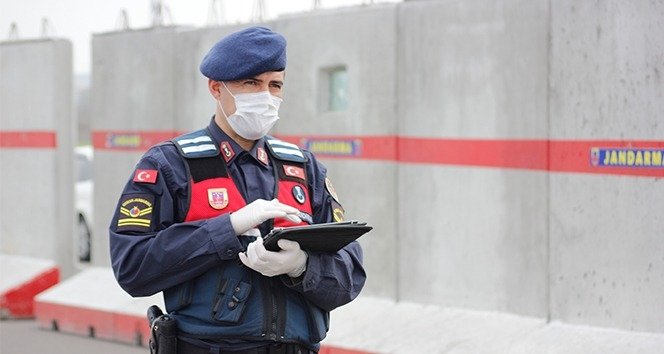 Six suspects have been caught in simultaneous operations across Istanbul and Zonguldak against a network that transports foreign nationals brought to Turkey from different countries illegally to border provinces to take them abroad.

In the raids, 43 irregular migrants, including 8 children, were rescued.

Teams from the Istanbul Police Department Anti-Immigrant Smuggling and Border Gates Branch Office determined that a smuggling network, which had been subjected to many police investigations before, was continuing to transport foreign nationals brought to Turkey illegally from different countries to border provinces in order to take them abroad.

In the continuation of the technical and physical follow-up carried out within the scope of the investigation against migrant smugglers, a simultaneous operation was carried out in Istanbul and Zonguldak on Nov. 2.

Six members of the network were caught and detained during the raids.

Within the scope of the operation, a total of 43 foreign immigrants, including 8 children, were rescued from 3 different dangerous and unhygienic locations called "Shock Houses."

During the raids, 7 minibuses used to transport irregular migrants to border provinces were also seized. Six suspects, who were detained under charges of migrant smuggling, were taken to the Istanbul Police Department for questioning.

The prosecution of the suspects continues.

Many operations had been carried out against the same migrant smugglers before.

In 7 separate operations on different dates against the same network, 13 suspects had been arrested from the network, which has been smuggling immigrants since March 17. In these operations, 62 foreign national irregular migrants were rescued.

Today, 5 of the 13 suspects who had been previously caught and referred to the judicial authorities were arrested.