Police seize half ton of heroin in eastern Turkey 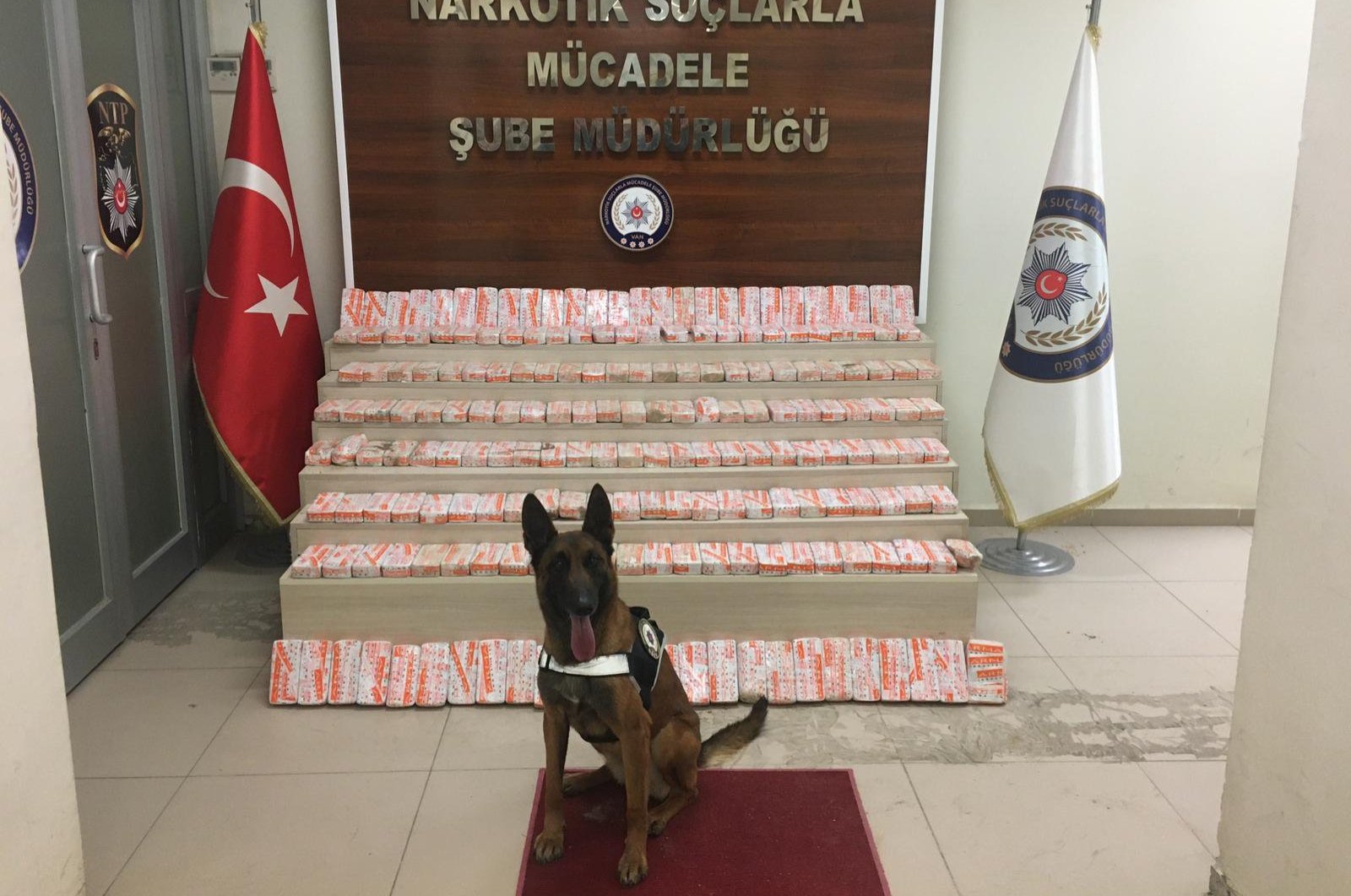 Turkish police seized 670 kilograms (about 1,477 pounds) of heroin in the eastern province of Van over the last five days, the country's interior minister said on Friday.

Praising the efforts of security forces, Interior Minister Süleyman Soylu said the seizures were a heavy blow to the illicit drug trade.

"You save our youth, our future," the minister said in a tweet.

In a statement on Friday, Van police said 248.2 kilograms of heroin were recovered during the latest operation in a string of busts over the past few days, adding that a suspect was arrested in a related operation in the Gürpınar district.

Anti-narcotics teams raided an identified address and found the drugs in a field not very far from the house of the suspect, identified only by the initials A.E.

A sniffer dog found 480 packets of heroin buried in the ground in eight sacks, the statement said.

Efforts against illicit drug trafficking, transport and storage in the area continue, it added.

In a separate incident, anti-narcotics police teams in the Aegean province of Izmir confiscated around 9 kilograms of synthetic drugs.

Acting on a tip, police stopped a suspicious truck in the Bornova district and upon searching the truck with a sniffer dog, they found the narcotics hidden in the vehicle.

The truck driver was detained for interrogation.

Police said it was the highest amount of drugs of the same type seized in a single operation in the city to date.