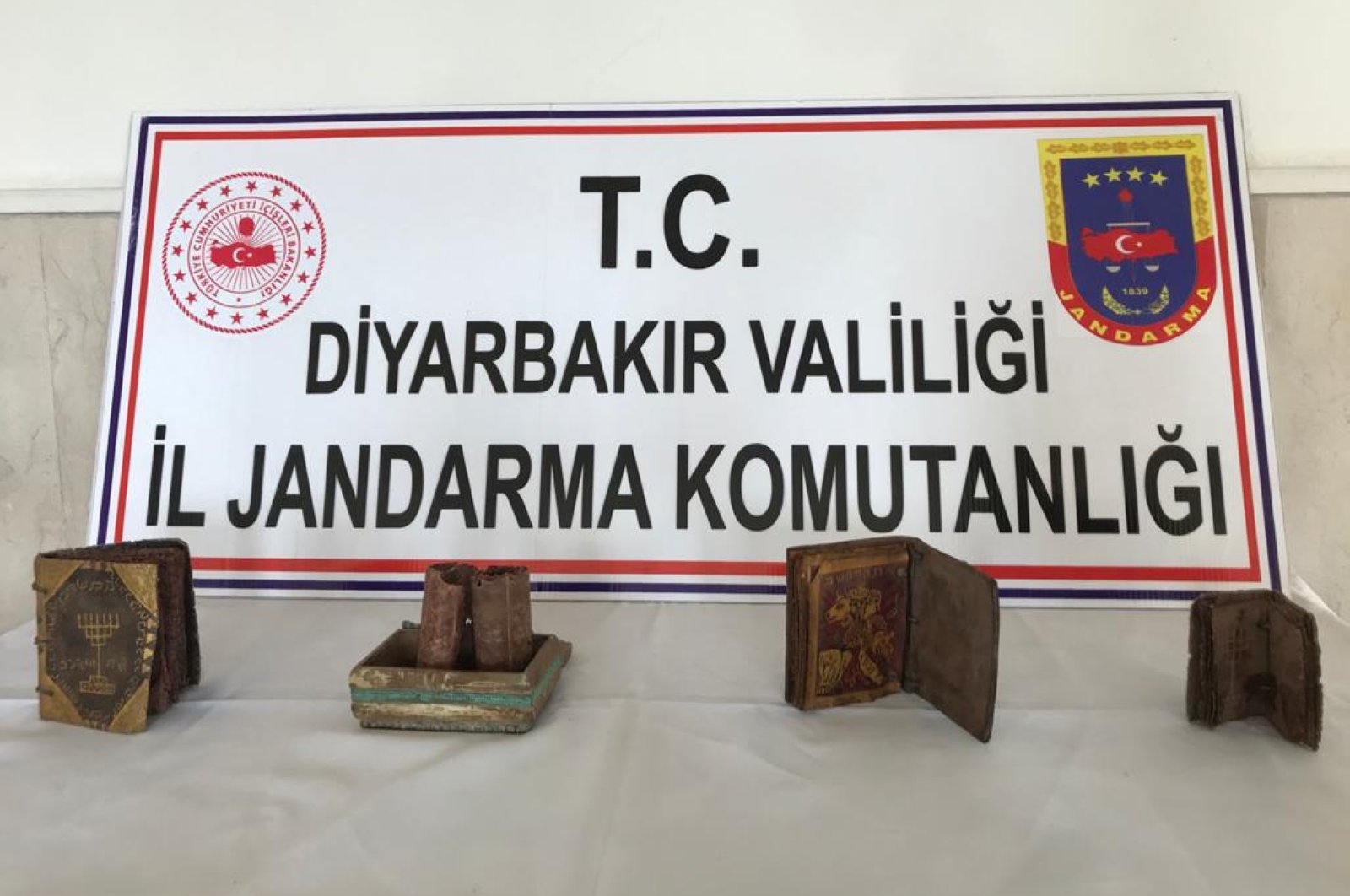 Turkish police seized historical monuments such as three leather books, an edict and an old chest from suspects who were trying to sell it in the southern city of Diyarbakır, officials said on Wednesday.

According to the Governorship of Diyarbakır, in the operation carried out by the provincial Gendarmerie Command, suspects were arrested in Bismil district center while they were looking for buyers in order to sell the historical artifacts.

During the operation which was held at the bus terminal in the district on March 16, suspects were caught red-handed.

Seized artifacts were taken under custody and delivered to the Museum Directorate.