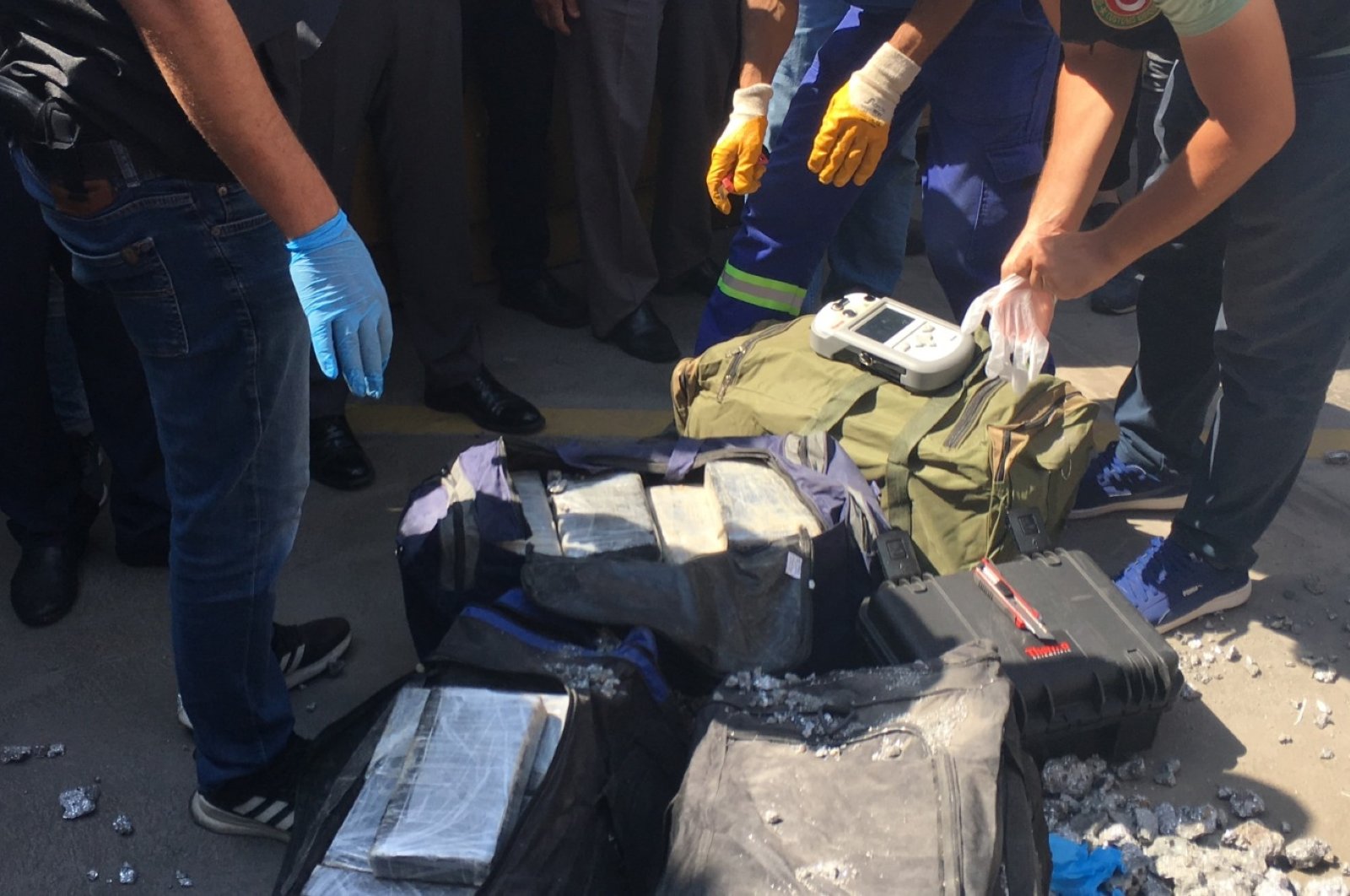 The Ministry of Commerce announced on Wednesday that customs officers discovered 540 kilograms (1,191 pounds) of cocaine inside a shipping container, the largest single drug seizure for the customs department of Turkey.

The drugs were found in 500 small packs hidden inside the container at a port in Kocaeli. Reports say the drugs are valued at around TL 216 million (around $29 million).

Customs officers had launched an investigation upon “risk analysis” of containers that would be transported to the port in Kocaeli from Brazil. The vessel carrying containers is allowed to dock at the port before a raid. Accompanying sniff dogs, officers discovered black bags hidden inside sacks containing ferrochrome alloy. Inside the bags were small packs of cocaine. Further investigation is underway while officials did not disclose whether any suspect was detained in connection with the bust.

The operation was similar to another bust in August 2018 at the same port. In that operation, authorities seized 800 kilograms of cocaine aboard a cargo ship, which was then the largest haul of the drug seized in a single operation. Again, cocaine was found hidden inside packs of ferrosilicon, an alloy used for deoxidizing steel, in electric and chemical industries.

Turkey has been consistently ramping up its efforts in its war against drugs. In last year's operations, 18.5 tons of heroin, 80.7 tons of cannabis and "skunk" (a genetically modified or hybrid strain of cannabis) and 1.5 tons of cocaine were seized. Police also confiscated 566 kilograms of methamphetamine and more than 1.2 tons of a cheap synthetic cannabinoid known as "bonzai." Authorities also seized 8.9 million ecstasy pills and 22.7 million Captagon pills in nationwide counternarcotics operations.

Earlier this year, it launched a reward scheme for people providing tips on production or mass distribution of drugs. Informants will be awarded up to TL 500,000, depending on the number of narcotics seized. Information leading to the seizure of heroin and cocaine are being paid the highest at TL 60,000 per kilogram, while marijuana seizure fetches a reward of TL 15,000.

The World Drug Report 2020 released by the United Nations Office on Drugs and Crime (UNODC) in June highlights Turkey’s success in drug seizures but warns that the country remains a popular route for drug smuggling to Europe. The report, based on 2018 data, says the largest total quantity of heroin seized by a country that year was Iran, followed by Turkey, the U.S., China, Pakistan, Afghanistan and Belgium. Turkey seized 0.7 tons of opium, 0.4 tons of morphine and 19 tons of heroin in 2018. According to the report, Turkey seized 62% of heroin and morphine in the region outside Asia. Turkey continued to account for the bulk of heroin and morphine seized in eastern and southeastern Europe with 95%.

In June, Turkish authorities have revealed the details of what they dubbed the largest narcotics operation in the history of modern Turkey where dozens of suspects were arrested. “Operation Swamp” had dealt a blow to a network of suspects in nine countries including Brazil.