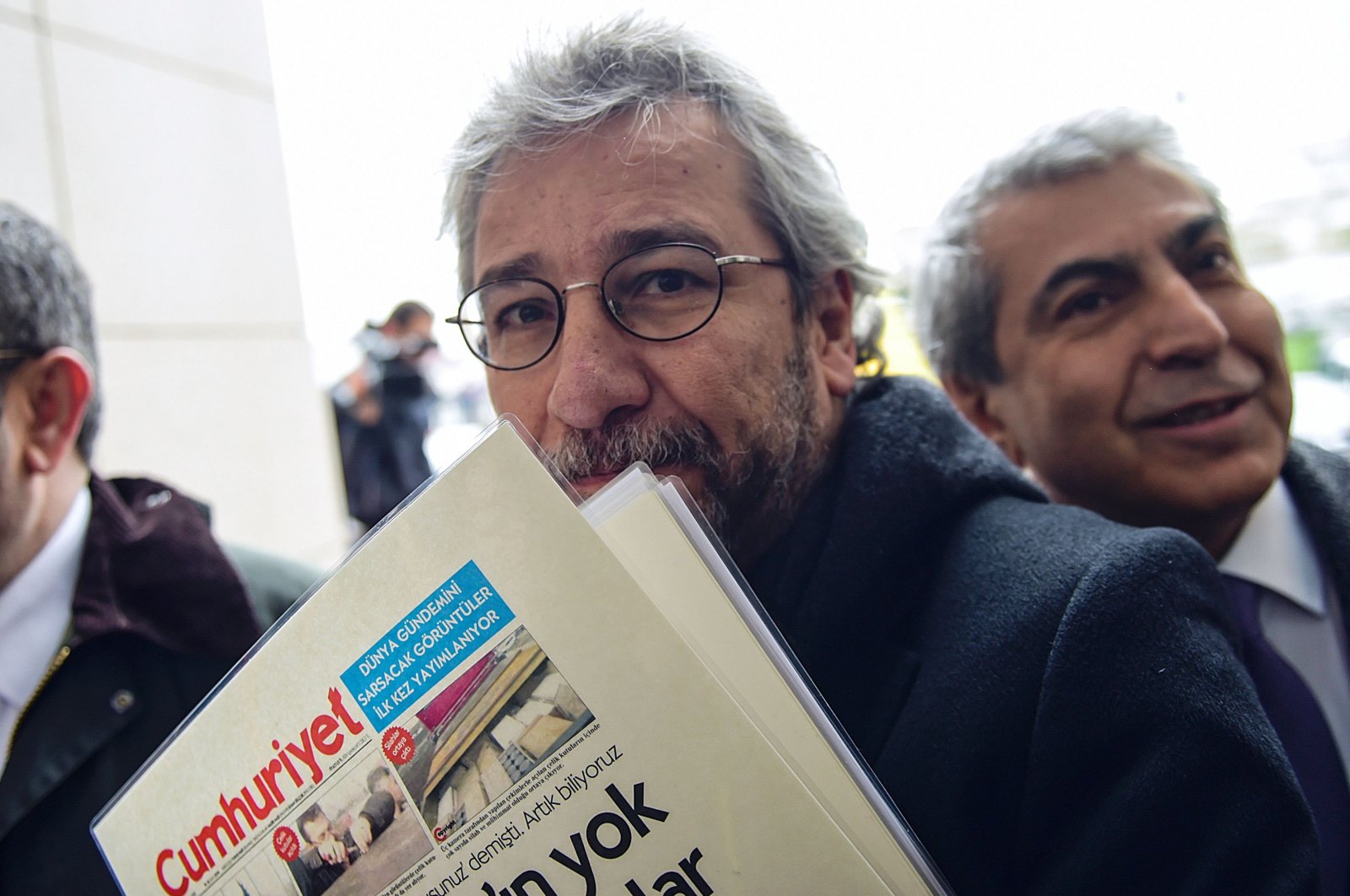 A prosecutor on Wednesday asked for a prison term up to 35 years for Can Dündar, former editor-in-chief of Cumhuriyet newspaper, in the notorious “MIT trucks” case. Dündar was among a group of defendants accused of aiding the Gülenist Terror Group (FETÖ) and military and political espionage in the case. He currently resides in Germany.

The Court of Cassation has ordered a retrial for Dündar after he was originally sentenced to five years and 10 months in the case now handled by Istanbul’s 14th High Criminal Court.

In January 2014, prosecutors affiliated with FETÖ stopped a convoy of trucks belonging to the National Intelligence Directorate (MIT) on their way to Syria, despite government orders to let them pass. The incident caused an uproar and an investigation found out that officers were linked to the terrorist group FETÖ, which long controlled a secret network of military infiltrators. Last year, a court ruled that the incident was a plot planned and executed by FETÖ “to harm the state.” Dündar was among journalists who published photos of the contents of trucks.

The prosecutor in his indictment said that Dündar “served purposes” of FETÖ against the government, state and MIT.

Dündar, along with Erdem Gül, Cumhuriyet’s former representative in the capital Ankara, was arrested and sentenced to five years in prison in 2016 by an Istanbul court. They were acquitted of charges of attempting to overthrow the government and were ordered to be tried separately for aiding FETÖ. In the meantime, prosecutors also filed charges against Enis Berberoğlu, a former journalist and a lawmaker for the opposition Republican People’s Party (CHP). Berberoğlu was sentenced to five years as well. A complicated legal process with appeals and separate trials ensued, while authorities issued an arrest warrant for Dündar in 2018 after he failed to show up in hearings. Gül, who later went on to be elected a mayor, was acquitted while Dündar’s trial continued.