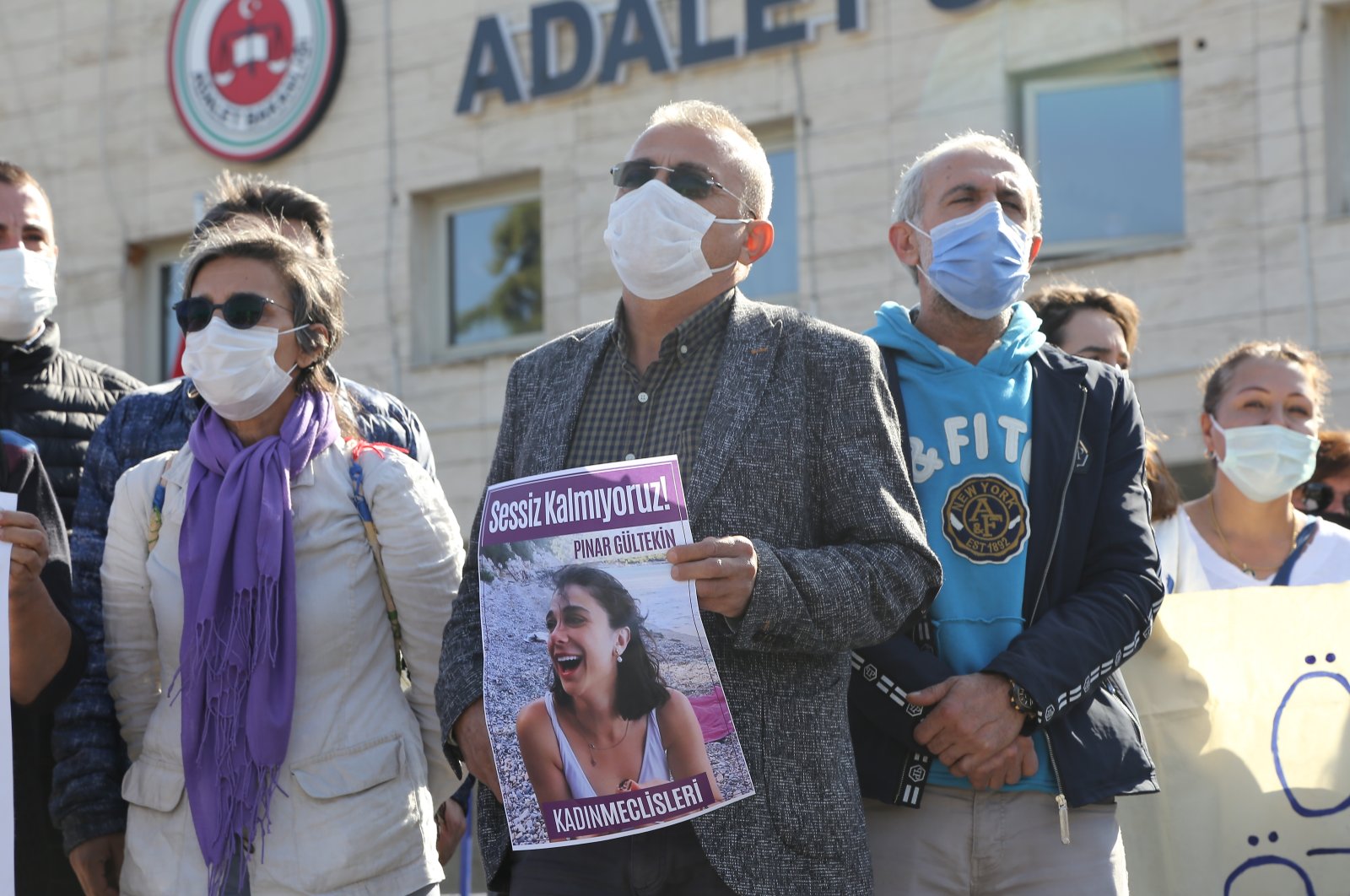 A suspect and his brother appeared before a court in the southwestern province of Muğla on Monday over the murder of Pınar Gültekin, a 27-year-old woman who was found dead last July in the province. The murder, the latest in a string of “femicides,” had stirred up public outrage in the country over the deaths of women at the hands of their spouses. The way Gültekin was murdered and the manner in which her body was disposed of presented a grim reminder of Özgecan Aslan, a university student like Gültekin, who was killed when resisting rape in 2015.

Gültekin had disappeared after leaving her home in Muğla on July 16. With mounting evidence against him, her former boyfriend Cemal Metin Avcı confessed that he had strangled her to death before burning her body and dumping it in a forest. Avcı’s brother Mertcan Avcı was also arrested on Oct. 2 on charges of tampering with evidence for helping his brother to cover up his tracks after the crime. The murder suspect faces aggravated life imprisonment while prosecutors are asking for up to five years in prison for the brother.

Protests have erupted all over Turkey against the women’s murders after Gültekin’s body was discovered. The violence is a thorny issue for Turkey where lenient sentences for such crimes anger the public. The perpetrators often blame victims for “staining their honor” by cheating or filing for divorce, something stemming from a warped patriarchal mindset that still prevails in some parts of society. Lenient interpretation of laws by courts and a controversial legal option of “unfair incitement” added to verdicts help some perpetrators to get away with prison terms less than life imprisonment, to the chagrin of rights activists.

Turkey recently increased prison terms for domestic violence cases and improved the protection offered to women who fall victim to domestic violence. The Interior Ministry announced last month that women’s murders decreased 27% in the first 10 months of this year, compared with the same period in 2019.

Speaking to reporters before the hearing, Rezan Epözdemir, the lawyer who represents Gültekin’s family, told reporters that they hoped it would be a swift trial. He noted that they objected to a court ruling that excludes the suspect’s other family members from the case and was awaiting the result of their appeal on the issue. Avcı’s parents were accused of aiding and abetting their son to cover up the murder by the lawyer.

Epözdemir said the defendant should be sentenced to the heaviest term as it was “a monstrous murder resulted from torture,” something that carries a longer sentence. “He clearly planned the murder in advance. It was not something out of the blue. He acted in a very calculated way after the murder too,” he said.