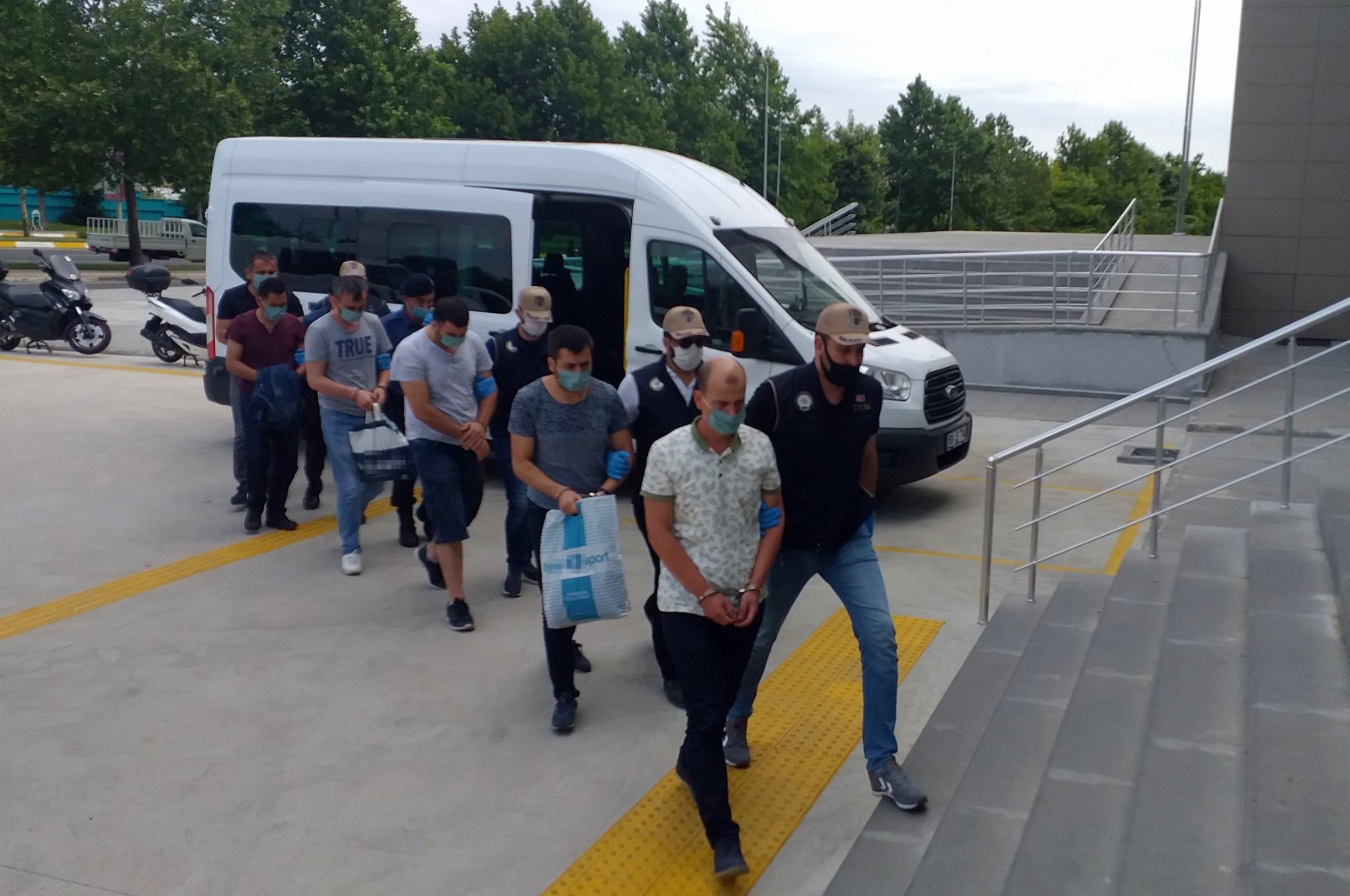 At least 34 suspects were arrested in Turkey for suspected links to the Gülenist Terror Group (FETÖ), which was behind the 2016 defeated coup in the country, a security source said Wednesday.

Local police in the Aegean province of Izmir carried out simultaneous operations in five cities.

At least 19 suspects were arrested, including two expelled police chiefs found to be using ByLock – FETÖ's encrypted smartphone messaging app – and contacting terror affiliates via pay phone. ByLock was discovered during criminal inquiries into the terrorist group. The National Intelligence Directorate (MIT) uncovered the messaging app apparently programmed or modified for the exclusive use of the group's members by someone linked to FETÖ. According to media reports, the FETÖ-linked staff working in a powerful intelligence department of the Turkish National Police were the "architects" of the app, or rather its modification to serve the purposes of the group. A group of intelligence officers has been accused of controlling the private app used to deliver Gülen's messages to his followers, as well as to instruct the group's members on how to carry out plots against anti-Gülenists.

Security forces are searching for five remaining suspects in Izmir. In a separate operation in the Mediterranean province of Antalya, police arrested 15 suspects and four of them were remanded in custody.

FETÖ posed as a religious group for years under the leadership of Gülen before it disclosed its true intention – to topple the government and create chaos in the country – in 2013 with two plots targeting people close to the government. Turkey managed to stave off these attempts and launched operations against the group, which was designated as a national security threat. In 2016, the terrorist group tried to seize power again, this time by staging a coup attempt with the aid of its infiltrators in the Turkish Armed Forces (TSK). This attempt was quelled too, and the group faced heightened scrutiny. Police have launched countless operations against the group since the 2016 coup attempt that killed 251 people and injured nearly 2,200 others. Hundreds of military infiltrators were discovered and arrested in investigations while tens of thousands were arrested for links to the group.