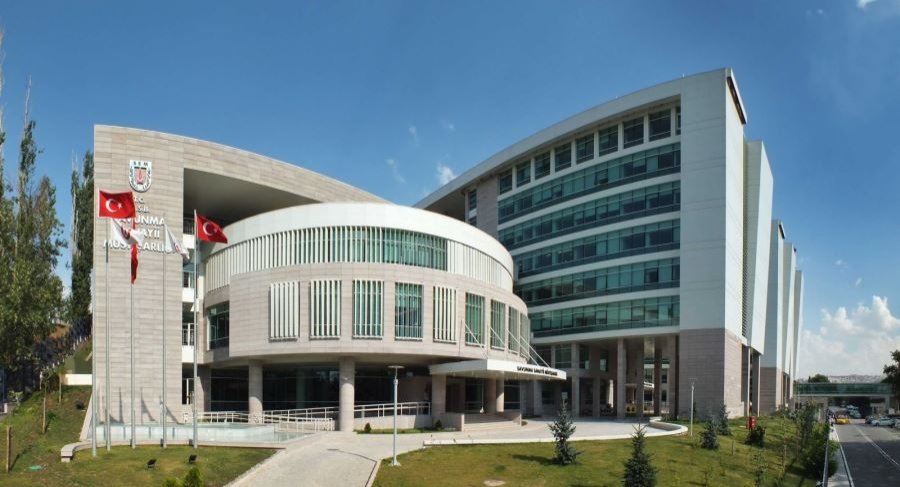 The Presidency of Defense Industries (SSB) has drawn international interest with its innovations in engines and unmanned aerial vehicles as part of Turkey's drive to reduce its dependence abroad in the defense sector. (COURTESY OF SSB)
by DAILY SABAH Apr 27, 2021 3:32 pm
RECOMMENDED

Six suspects, including military officers, were detained on Tuesday, about three months after an investigation netted four suspects allegedly involved in military espionage.

Earlier, an investigation was launched on allegations that some suspects were conveying information regarding projects of the Presidency of Defense Industries (SSB) to representatives of foreign companies. In January, two retired colonels, a retired noncommissioned officer and a civilian were detained on charges of “obtaining confidential data belonging to the state and military espionage,” in the capital Ankara. An investigation by the capital’s police revealed message traffic between the suspects, apparently involving defense industry projects. Upon consulting the Ministry of National Defense and the Turkish Naval Forces the projects were being conducted for, police had discovered the suspects were indeed obtaining data to sell to foreign companies.

The suspects shared confidential data and information about the projects' resources, pricing and tenders to foreign defense companies for money, according to investigators. “Foreign company representatives shared this data with their companies and gained the advantage in tenders and their own projects,” the Chief Prosecutor’s Office in Ankara said in an earlier statement.

Three other suspects wanted by police remain at large. Officials identified the wanted and captured suspects as two SSB employees, a retired colonel, an on-duty colonel, an on-duty lieutenant colonel and a major, along with three civilians “working in the private sector.”

The SSB serves as an umbrella group for a number of defense companies and raised its profile in recent years with landmark domestic projects. Turkey seeks to decrease its dependence on foreign companies in defense through its locally made products, from engines to tanks and unmanned aerial vehicles (UAVs).