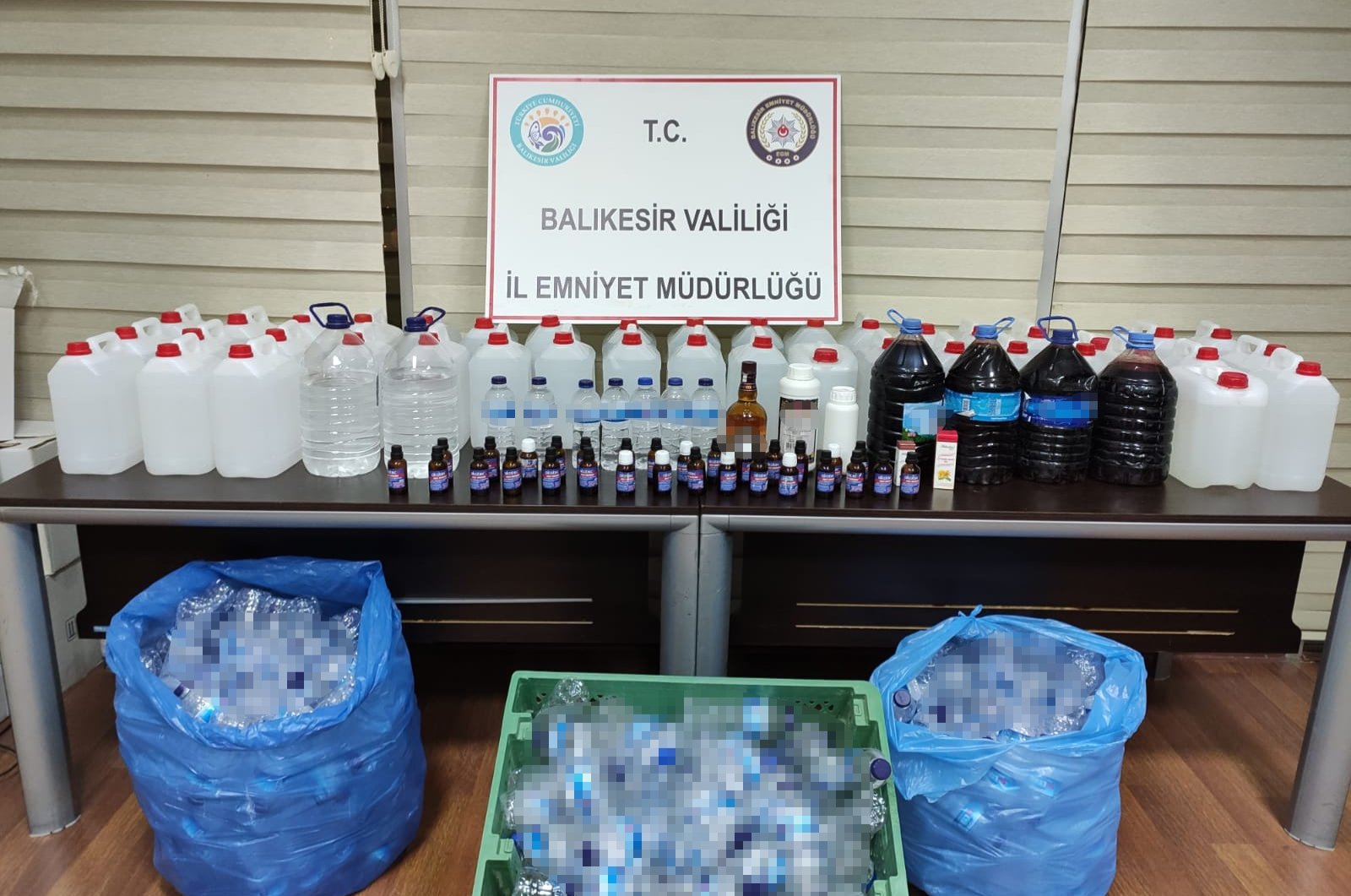 After an unprecedented surge in deaths from bootleg alcohol this week, nationwide raids against producers have increased.

On Tuesday, the number of deaths rose to 43, while more suspects were arrested for selling bootleg alcohol. Officials have announced a large haul on illegal drinks, seizing brewing equipment en masse over the past few days.

The first cases were reported last Friday when a small number of people had already been hospitalized. Several are still undergoing treatment.

In the same week in the central province of Kırıkkale, seven out of eight people died last week while one remains in critical condition.

The highest toll was in the western province of Izmir, where 34 have been hospitalized since Oct. 9. As of Tuesday, the death toll rose to 18.

Meanwhile, in the southern province of Mersin, six were reported dead while seven others remain hospitalized. Police have arrested three suspects in the Mediterranean province and seized 19 liters of bootleg alcohol discovered in the residences of hospitalized victims.

In Aydın’s Nazilli district, one succumbed to poisoning while another remains under treatment. Two people have also died in Bodrum, a district of the southwestern province of Muğla.

In Istanbul, the number of deaths rose to seven on Tuesday as six more died at the hospitals across the city. Only one death was reported Monday in the city’s Kartal district, while in Trabzon, a security guard died at the hospital he was taken to after consuming illegal liquor.

So far, at least 22 suspects have been detained, while operations are still underway. Some suspects are charged with manslaughter. In Izmir, 12 suspects were also detained.

Though most deaths stem from drinks bought from liquor stores secretly selling bootleg drinks or from illegal sellers operating from private warehouses, some deaths have been caused by the consumption of homemade brew victims concocted themselves.

The Interior Ministry Tuesday announced that police had seized 16,737 liters of ethyl alcohol and 3,253 liters of bootleg drinks in operations held across the country since last week. The ministry said deaths were caused by the brewing of alcoholic drinks by mixing ethyl-based surface cleaners with aromas used in homemade brewing.

Professor Ibrahim Ikizceli of the Cerrahpaşa Faculty of Medicine in Istanbul says methyl alcohol is an extremely harmful material and calls the public to avoid its use in homemade brewing.

He pointed out that the preference for the substance stemmed from its relatively lower price compared with other types of alcohol used in making alcoholic drinks.

“If a drinker has visual impairment along with typical nausea, it is almost certain that he drank methyl alcohol. Even a small amount of consumption can cause it,” he told Anadolu Agency (AA) Tuesday.

He said symptoms could manifest themselves between one hour to 10 hours, adding that the first stage of treatment was giving ethyl alcohol to the poisoned victim but more severe cases required dialysis units.

“If visual impairment does not occur, the survival rate is much higher, up to 80%,” he added.

“Bootleg sellers opt for methyl alcohol as it does not differ much from ethyl alcohol in terms of taste and smell. They add aromas and other ingredients then,” he said.

On the surge of cases, Ikizceli said such “peaks” were normal. “Occasionally, a new seller emerges and makes wholesales to illegal stores. Some liquor stores and other places legally selling alcohol sometimes turn to these traders to maximize profit,” he said.