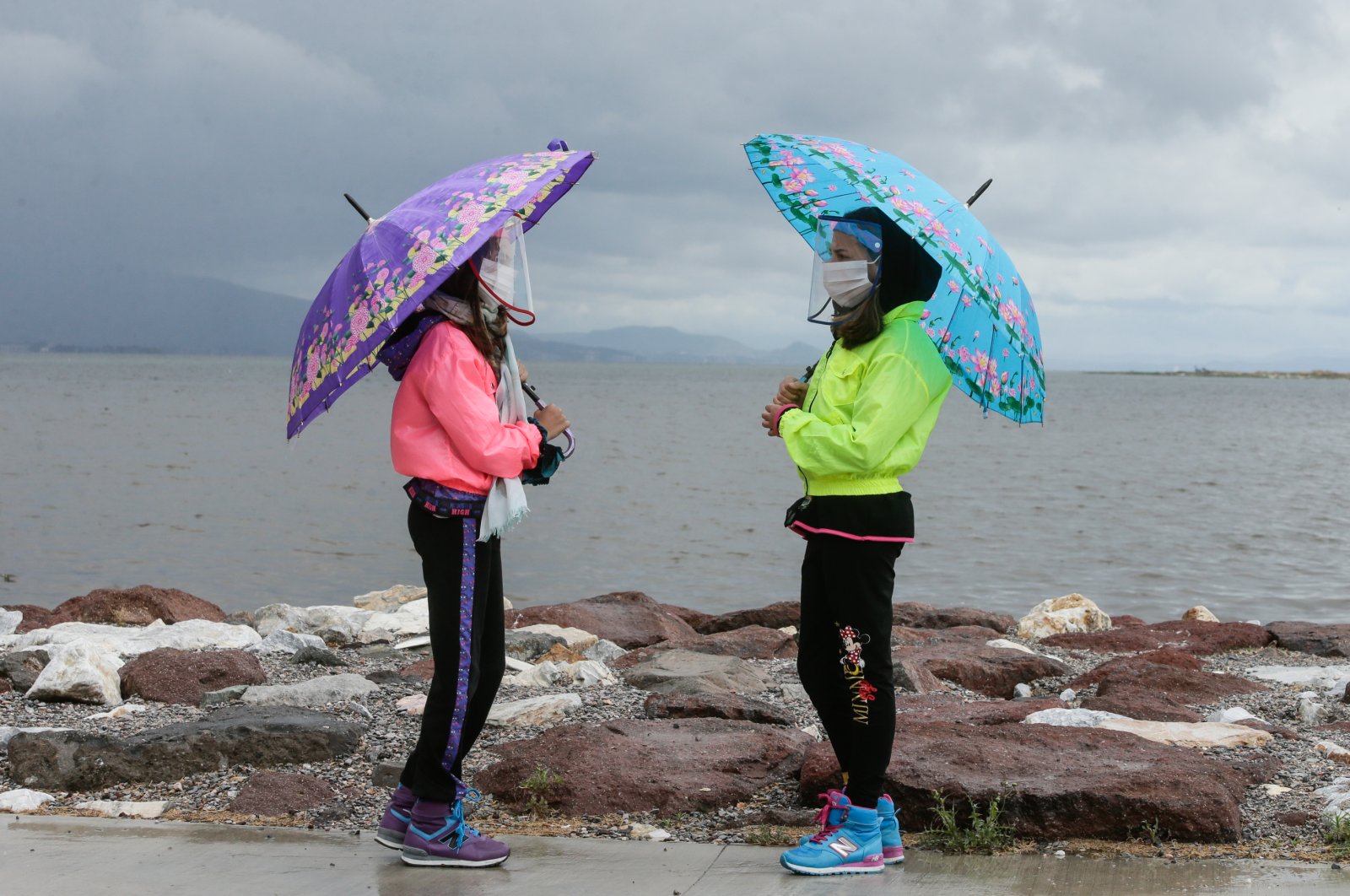 Rains swept Turkey's western regions as winds picked up speed. While the rain is expected to let up Thursday, it will reintensify Friday, according to weather reports.

In the meantime, as the heat wave persists in eastern provinces, desert dust is expected to blow in in the upcoming days.

Starting from May 14, nationwide temperatures had remained 6-10 degrees Celsius (11-18 degrees Fahrenheit) higher than seasonal averages due to a heat wave from North Africa. Temperatures in Turkey’s most populous city, Istanbul, exceeded 30 degrees C.

Meteorologists reported that Istanbul’s weather will be mostly cloudy and thundershowers are expected to take place in the upcoming days, while the high will be 18 degrees C. Heavy rains are also likely in the capital Ankara and highs are expected to be around 24 degrees C.