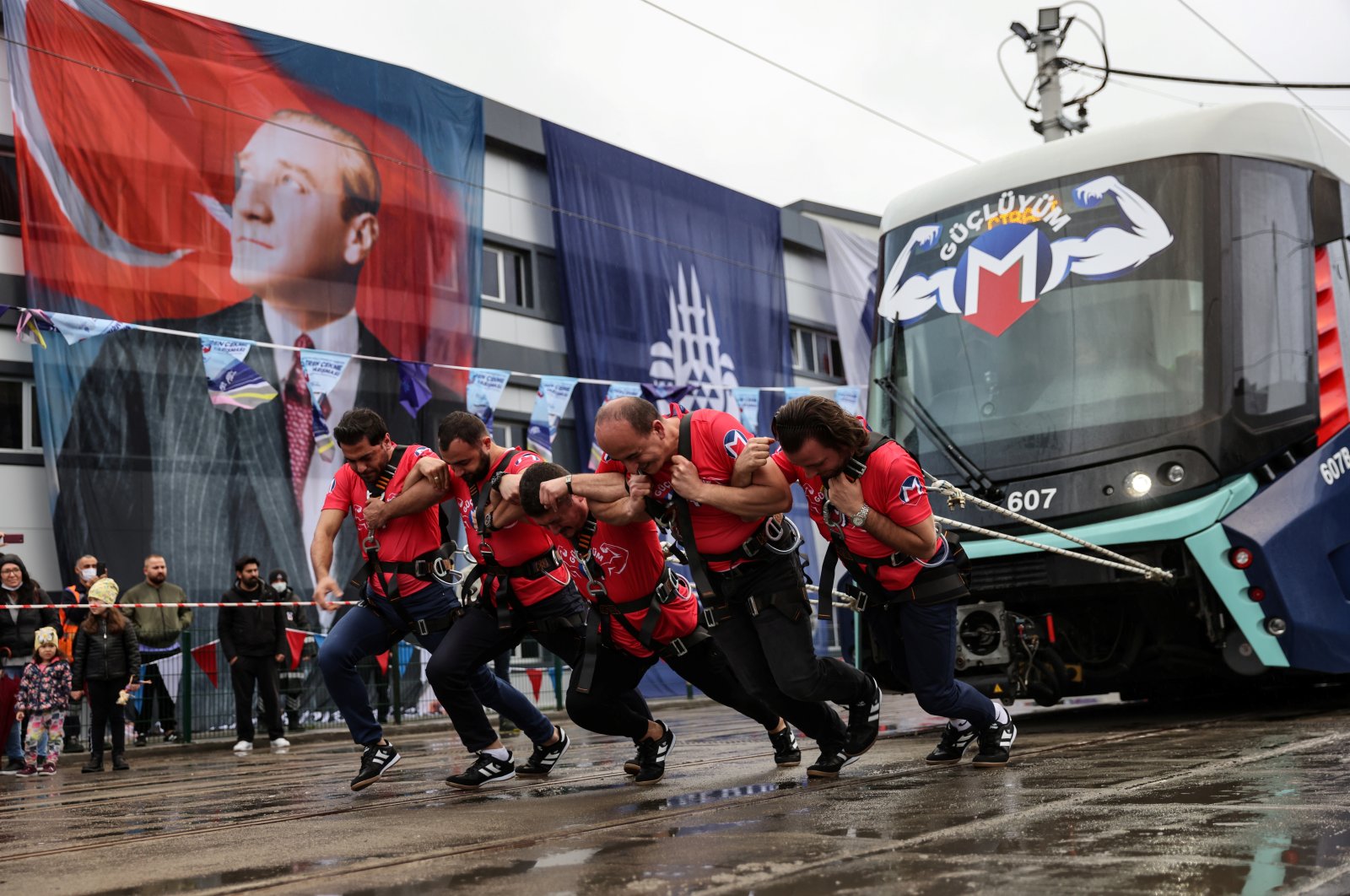 Driving a tram is a challenging job – but pulling it with your bare hands is more difficult. Employees of Metro Istanbul, which runs city’s trams and metro services experienced it firsthand on Sunday in Metro Istanbul Strongman Challenge.

Inside a complex housing municipality company’s headquarters, the staff came together to compete against each other in pulling a tram weighing 46.9 tons. They were no match for Bora Güner, a professional strongman, but it became a fair game as Güner competed in a different category and once again, beat his similarly muscular rivals to win the second edition of the annual contest. A five-member team consisted of drivers and staff of a tram line operating between Kabataş and Bağcılar of Istanbul won the first place at the event held between nine teams.

Teams tested their strength on the tram, which operates between Cibali and Alibeyköy districts and is 16 tons heavier than the tram used in last year’s contest. For twenty seconds, competitors tried to cover the most distance while pulling the tram.