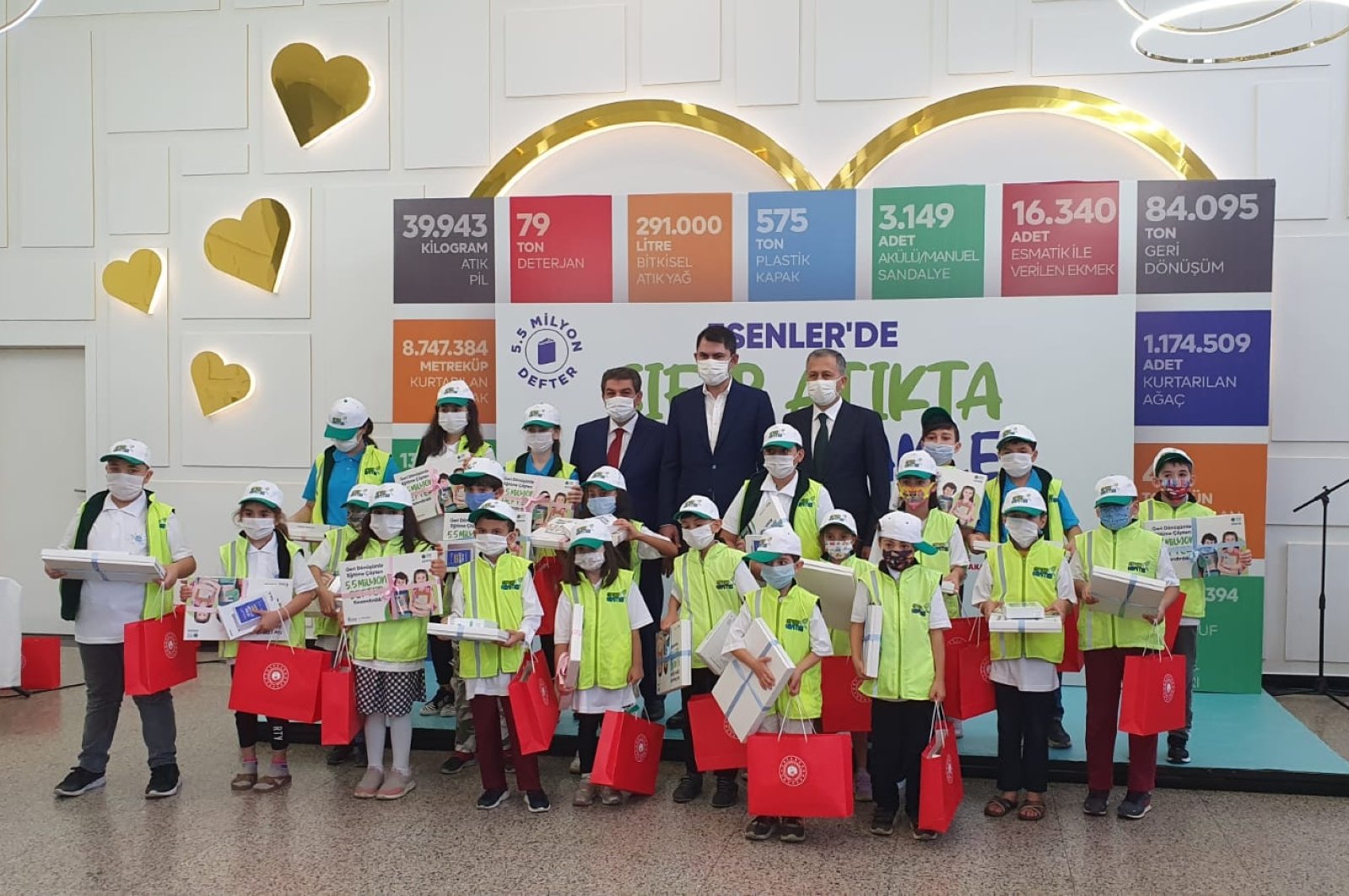 Environment and Urbanization Minister Murat Kurum also participated in the event, where several other products manufactured using recycled materials, from wheelchairs to detergents, were distributed.

"By 2023, we will increase our recycling rate to 35% by collecting our plastic and metal waste, cardboard and paper, and we will use these obtained materials in production," Kurum said.

He thanked Esenler Mayor Tevfik Göksu for his awareness and for pioneering such projects, adding that 10% of the municipality's total waste has been recycled.

Introducing a new system to promote recycling, Kurum said that students in schools in Esenler will gain points when they throw recyclable waste products into machines provided by the municipality.

“They will later be able to spend these points to buy something from canteens. We have launched this project in Esenler, but after that, we will implement this system in all schools with the coordination of Istanbul governorate,” he said.

Turkey launched the ambitious Zero Waste project three years ago to introduce recycling to the masses and raise awareness about increasing pollution. The country has saved tons of plastic and made its seas cleaner, with thousands of buildings, residences and companies having implemented recycling into their waste disposal policies.

The program hopes to promote the efficient use of the planet's finite resources, aiming to curb and even eliminate waste by separating it at the source for recycling. The Zero Waste policy was first launched at the Beştepe Presidential Complex and went into effect in various government ministries in 2017, later spreading to the municipalities and some private companies and public institutions, including schools and hospitals. By the end of 2019, 25,000 public buildings had switched to the zero-waste system.

Aside from the environmental benefits, the project looks to save the country around TL 20 billion ($2.5 billion) annually and create jobs for 100,000 people by 2023, according to projections.

Istanbul Governor Ali Yerlikaya said that all public institutions and organizations in Istanbul, as well as schools, universities and organized industrial zone administrations, have enrolled in the Zero Waste information system since 2018, adding that more than 14,000 institutions have been promoted to the upper level in the project.

He also emphasized the role of first lady Emine Erdoğan in the recycling campaign.

The first lady contributed to the Zero Waste project by launching several campaigns, including Zero Waste Blue. Thanks to that campaign, 180,000 cubic meters of garbage were collected from bodies of water and coasts between February 2019 and February 2020.